Group portrait of members of Kibbutz Maestro in Venice. 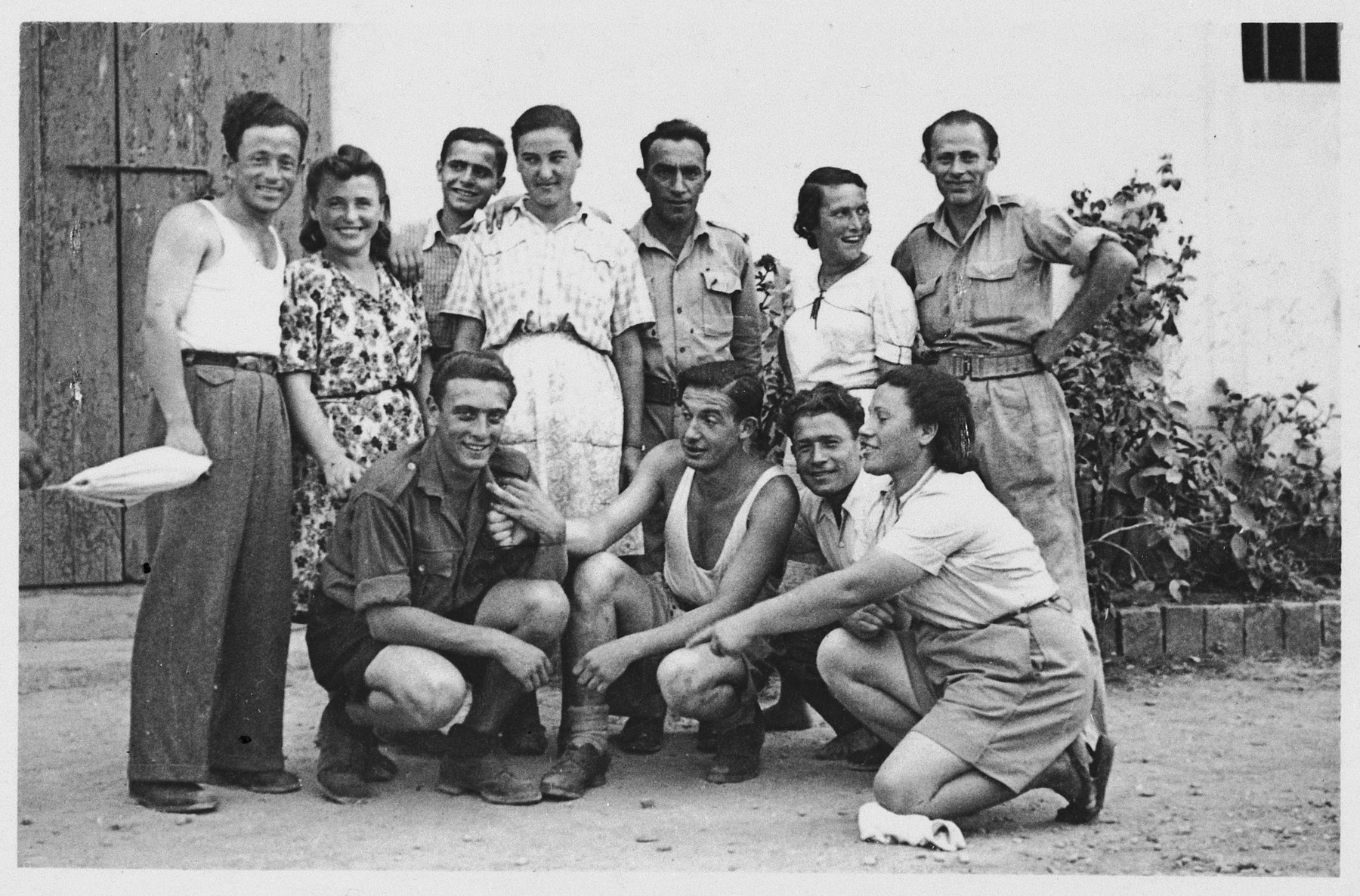 Group portrait of members of Kibbutz Maestro in Venice.

Boris Shub is pictured on the lower left.

Biography
Boris (Baruch) Shub is the son of Yosef Shub (b. 1891) and Riuka Rebecca (nee Selz) Shub (b. 1895). He was born on March 3, 1924 in Vilna where his parents worked together as merchants. Boris had three siblings: Zipporah (Feigele) (b. 1922/23), Rachel (b. 1927) and Shmuel (b. 1932/33). The family was very religious. Boris attended the Gymnasia Tysbiya and the Gymnasia Epstein-Spitzer and finished high school just before the start of World War II. In the summer of 1941, the Germans launched a surprise invasion of Lithuania and established a ghetto in Vilna in September. The entire family was sent there, and Boris and his father were put into forced labor at the HKP (HeeresKraftfarhrpark). After three or four months, Yosef and Riuka urged Boris and Zipporah to escape from the ghetto. They managed to get out, and went to Radoskouts near Minsk in Belorussia. On March 11, 1942, the Germans rounded up about 800 Jews from the village and shot them. Zipporah was among the victims. The corpses were burned. Boris managed to escape and hide in the forest. Boris's mother Riuka and his younger siblings Shmuel and Rachel were killed in Ponary. His father Yosef was killed a few days before liberation by the Soviet army. After liberation, Boris went to Tarvisio with the help of the Jewish Brigade and boarded the Petra II for Palestine. He met his future wife on the boat and together they went to kibbutz.