Ita Grynberg stands in a wheat field near her parents' house. She was later killed while hiding with her nephew in the village of Glowaczce. 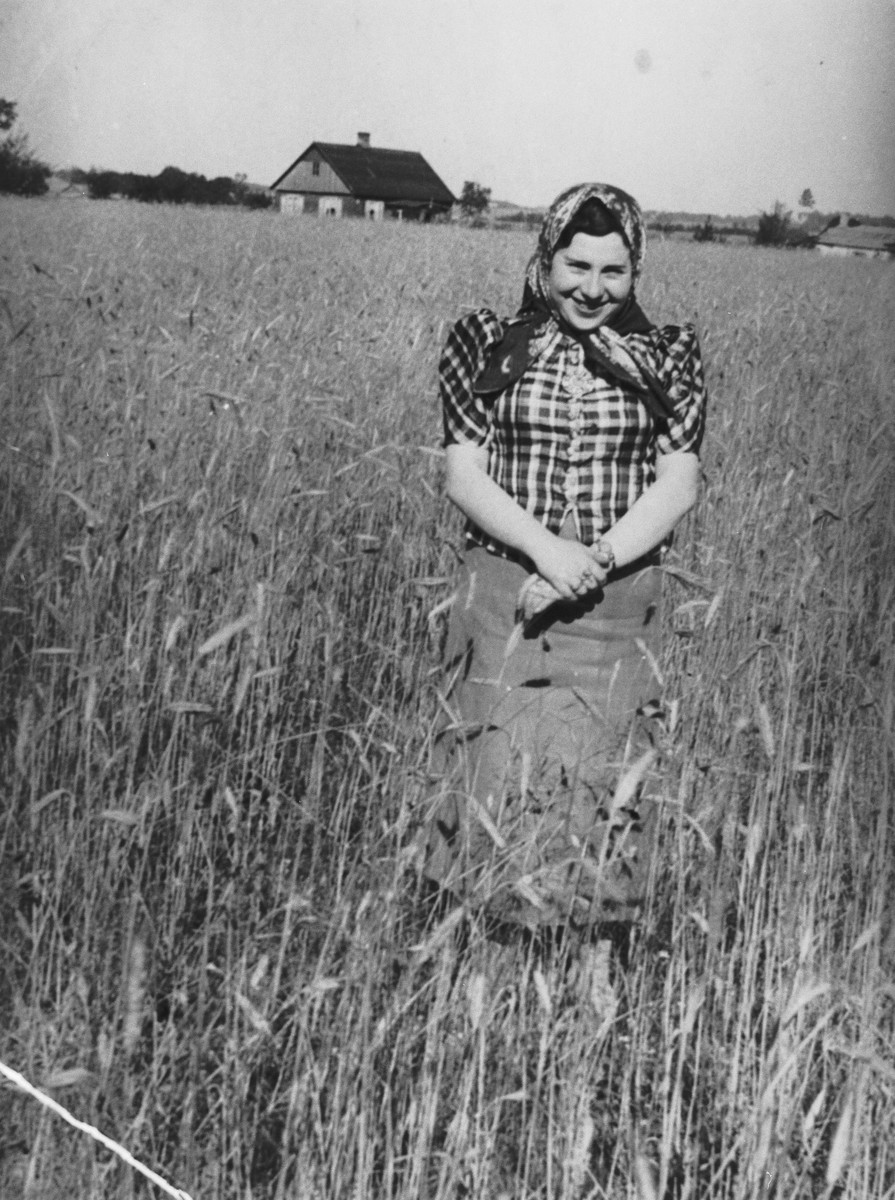 Ita Grynberg stands in a wheat field near her parents' house. She was later killed while hiding with her nephew in the village of Glowaczce.

Biography
Henryk Grynberg (born Szaje Hersz Grynberg) is the son of Abram and Sura Stolik Grynberg. He was born on July 4, 1936 in Warsaw and the family lived in Radoszyna, a small village nearby. The Grynberg family was the only Jewish family in the village, where Szaje's father worked as a middleman for the district's dairy farmers. Szaje's younger brother Baruch (Buciek) who was born during the German occupation in May 1941. When the Nazis began to deport the Jewish population of the area in October 1942, Abram found a Polish peasant, Mrs. Brzuchowska, in Gleboczyca who agreed to hide Szaje. However, the Grynbergs, unable to find a place for their infant, ultimately left the baby at the entrance to a mill in the neighboring village of Piwki. The mayor then took the child to the Gestapo headquarters in Jadowo, where he was shot by an ethnic German policeman. Szaje's parents had great difficulty finding shelter for themselves as well, and for a time lived in a dugout in the forest. In June 1943 Sura obtained false documents for herself and Szaje, and they moved to the village of Stawki near Wolomin. There she found work as a teacher in an underground Polish school. During this period, Abram stayed in the forest together with other members of Sura's family. In March 1944, however, while attempting to find food, Abram was murdered by a Polish peasant near Radoszyna. Szaje and his mother were liberated by the Soviets in July 1944. They remained in Poland, where Sura remarried in December 1945. After completing his university studies, Szaje (now Henryk) became an actor in the Jewish Theater in Warsaw, as well as a writer. He defected to the United States in 1967.