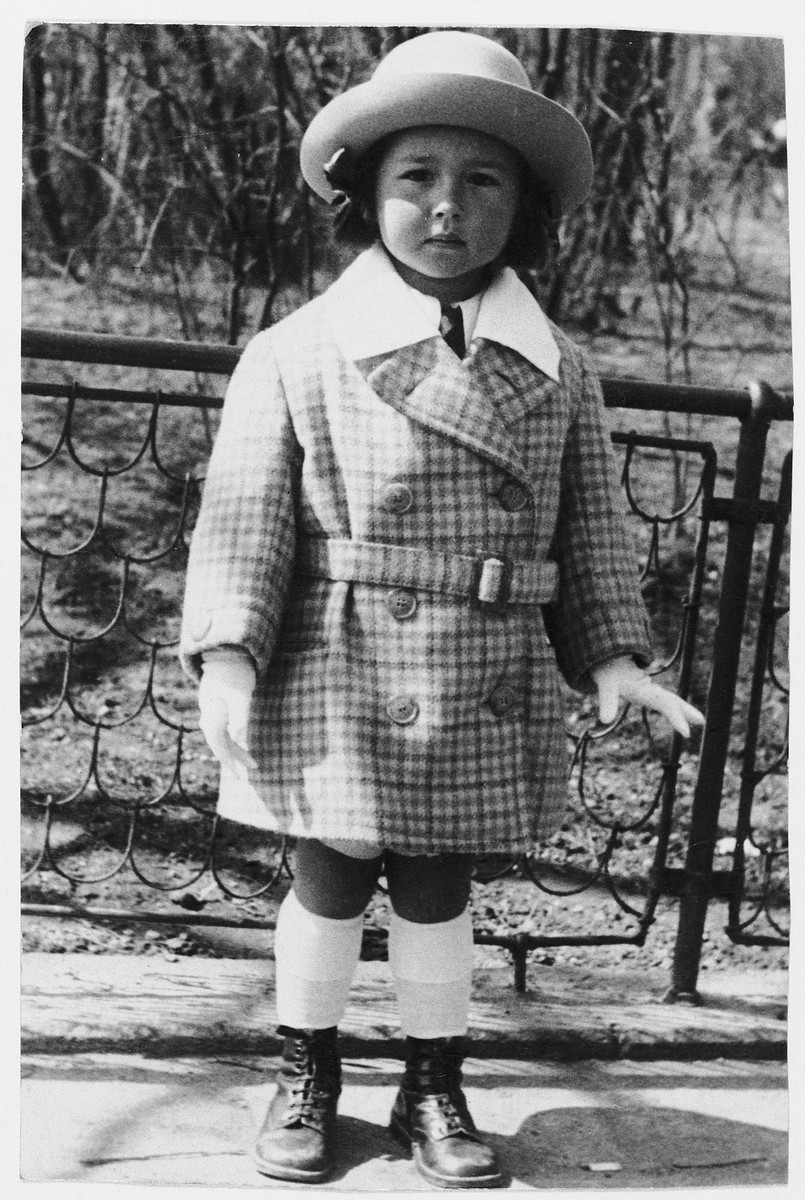 Biography
Ruth Mittelman (born Charlotte Neumann) is the oldest child of Leopold Neumann and Hilde (Krakover) Neumann. She was born on August 17, 1925 in Bratislava where her father and his two brothers owned a chemical factory. Her sister Trude was born on April 19, 1928 and her brother Victor (Shlomo) was born on January 20, 1931. At the age of four, Charlotte contracted tuberculosis which left her slightly disabled. The family was both traditional and Zionist. The children attended a German speaking school until they were expelled after Kristallnacht. The family also experienced other antisemitic harassment and terror. After people threw stones at their home and poisoned their dog, the Neumanns sold their house and moved to an apartment. Charlotte continued her education in a boarding school in Budapest returning to Bratislava after graduation. She decided to learn a trade and studied box making. On March 14, 1939 Slovakia became independent and soon implemented systematic antisemitic legislation including the confiscation of Jewish homes and businesses. The government ordered all Jews to wear Jewish stars, but Charlotte and her family removed them when they needed to go shopping. In 1942 almost 60,000 Slovak Jews were sent to Poland, but none of the immediate Neumann family received deportation orders. Charlotte was even able to go to movies with friends until 1944. Her father and his brothers were able to continue working at their factory since the people who took it over needed their expertise. However, following the failed Slovak national uprising and the German occupation of the country in late August 1944, Germany and Slovak collaborators resumed the round-up of Jews for deportation to concentration camp. Charlotte and Trude went to live with the sister of their nanny who had agreed to hide them in her house for money. Charlotte's parents and her brother Victor hid in a bunker at a maid's house in a village. Trude occasionally visited her parents in their hiding place. After Yom Kippur 1944 they told her that an agreement had been made with the Germans whereby in exchange for gold they would be left alone. However September 27, 1944, Trude discovered that her parent's apartment was empty and that they had been sent to Auschwitz. The girl's parents and brother were separated in Auschwitz. As he was only fourteen, Victor initially was sent to the gas chambers, but he was among a small group of 51 children who underwent a new selection once they arrived at the gas chamber. They were declared fit for work and allowed to redress and return to barracks. Victor remained in Auschwitz until liberation. As the pace of deportations increased, Charlotte's nanny became afraid of keeping the girls with her and found another place for them where they went with false papers. Charlotte became Lydia Novakova, and her sister became Tanya Novakova. Two days later, on November 29, 1944, Slovak police discovered Charlotte and arrested her. She was taken to prison and then sent to Sered where she found some friends from school. From there she was deported by cattle car to Ravensbrueck. There a group of women from Lidice befriended and helped her. They took removed her star and gave her a Czech symbol. As the war wound down, she was sent from Ravensbrueck to Salzwedel near Hanover where she was liberated by the American army. All of Charlotte's family survived to liberation, but her father, Leopold Neumann, died five days later from malnutrition.