Four Jewish children pose together in their Purim costumes. 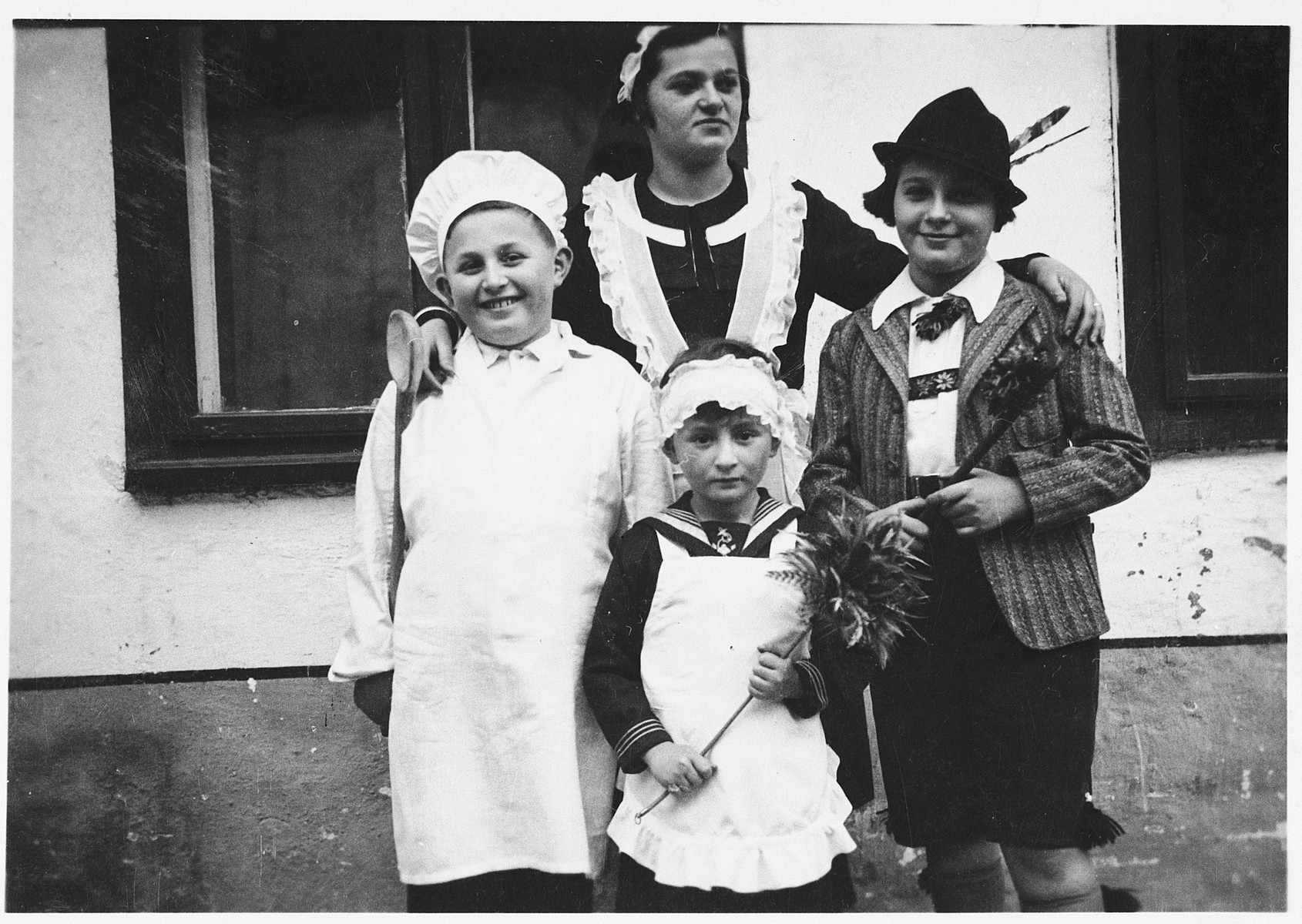 Four Jewish children pose together in their Purim costumes.

Josef Mittelman, dressed as a chef, is on the far left. His brother Erwin (front, center) is dressed as a maid. Their two older cousins stand on the right and in back.