A Jewish family together with the daughter of their rescuer hides out in the mountains of Slovakia following the failed Slovak uprising. 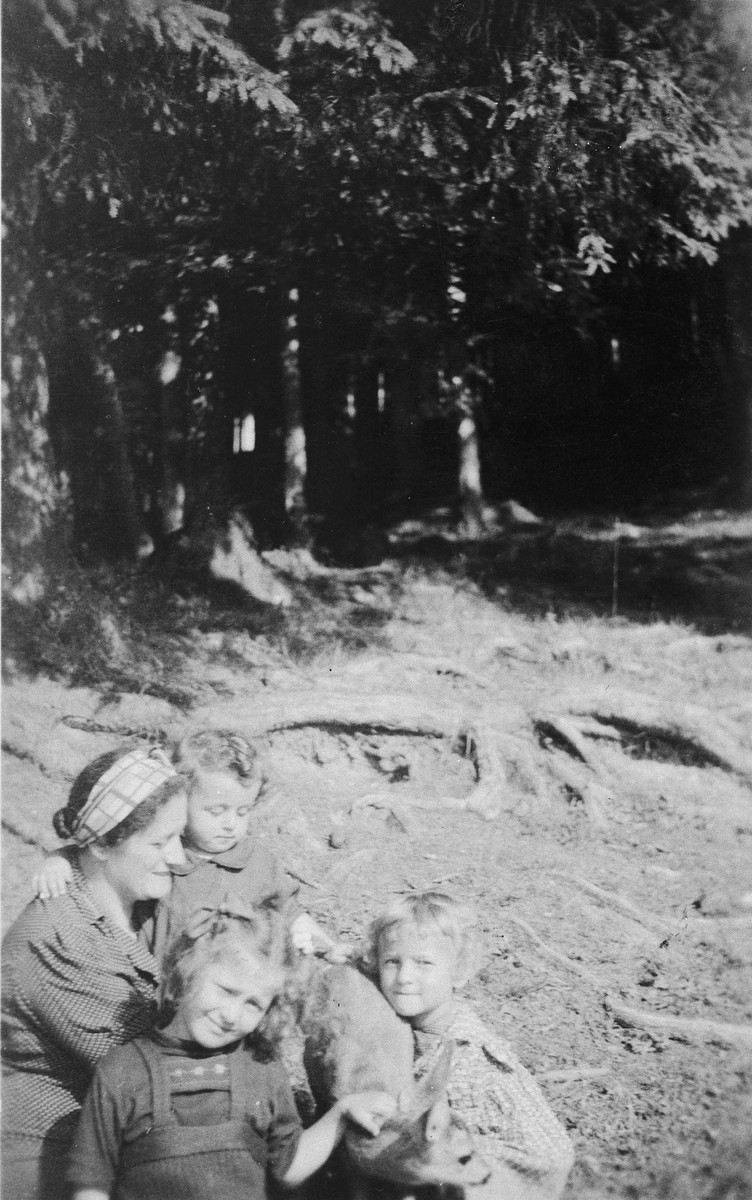 A Jewish family together with the daughter of their rescuer hides out in the mountains of Slovakia following the failed Slovak uprising.

Pictured are Olga and Katarina Mittelman, Olga's niece and the daughter of Antal Vojtech.