Four Jewish prisoners work outside a barracks in a Slovak labor camp. 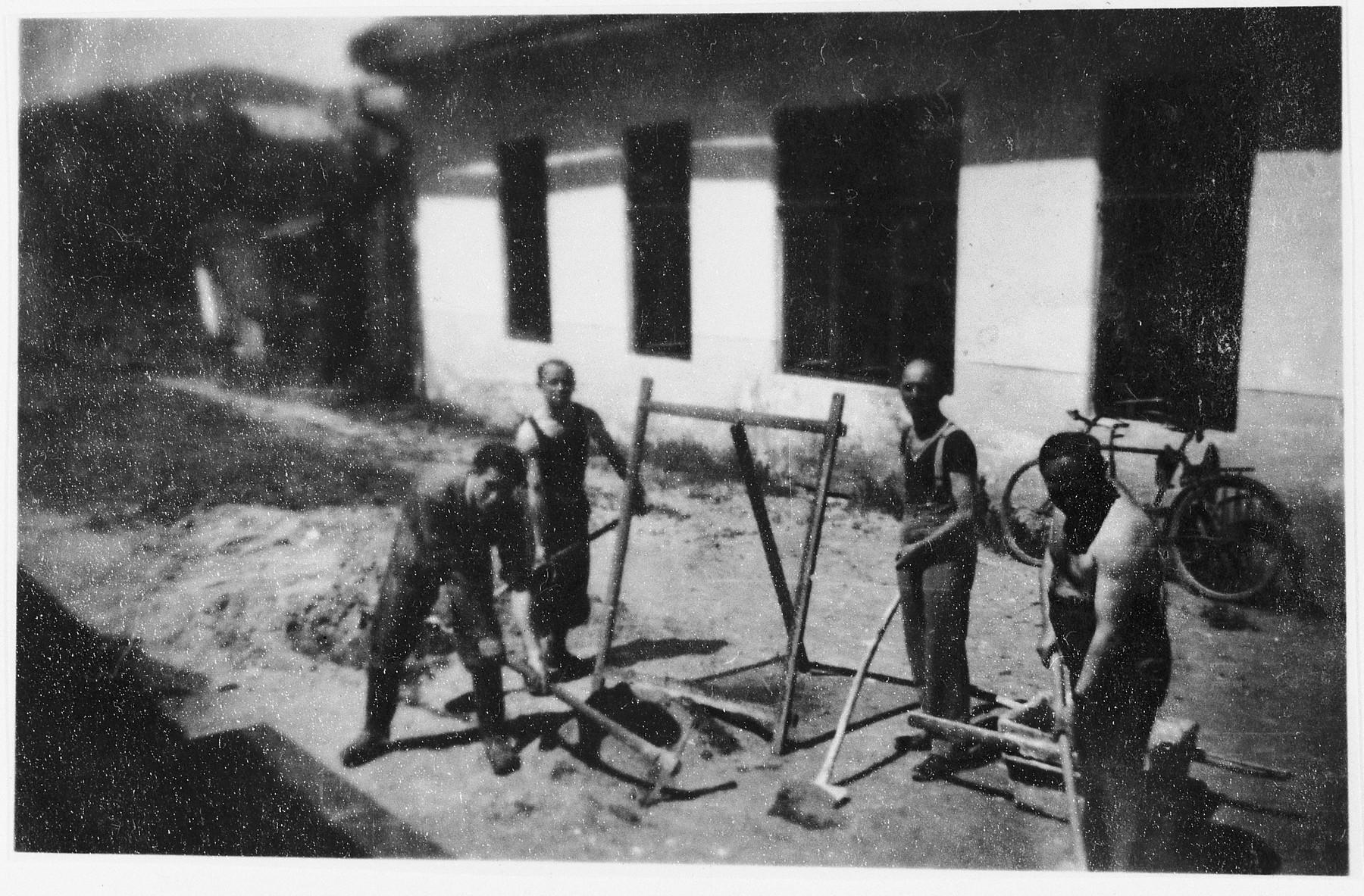 Four Jewish prisoners work outside a barracks in a Slovak labor camp.

One of those pictured is Emil Mittelman.