Jewish women pose outside the barracks in the Wels displaced persons' camp. 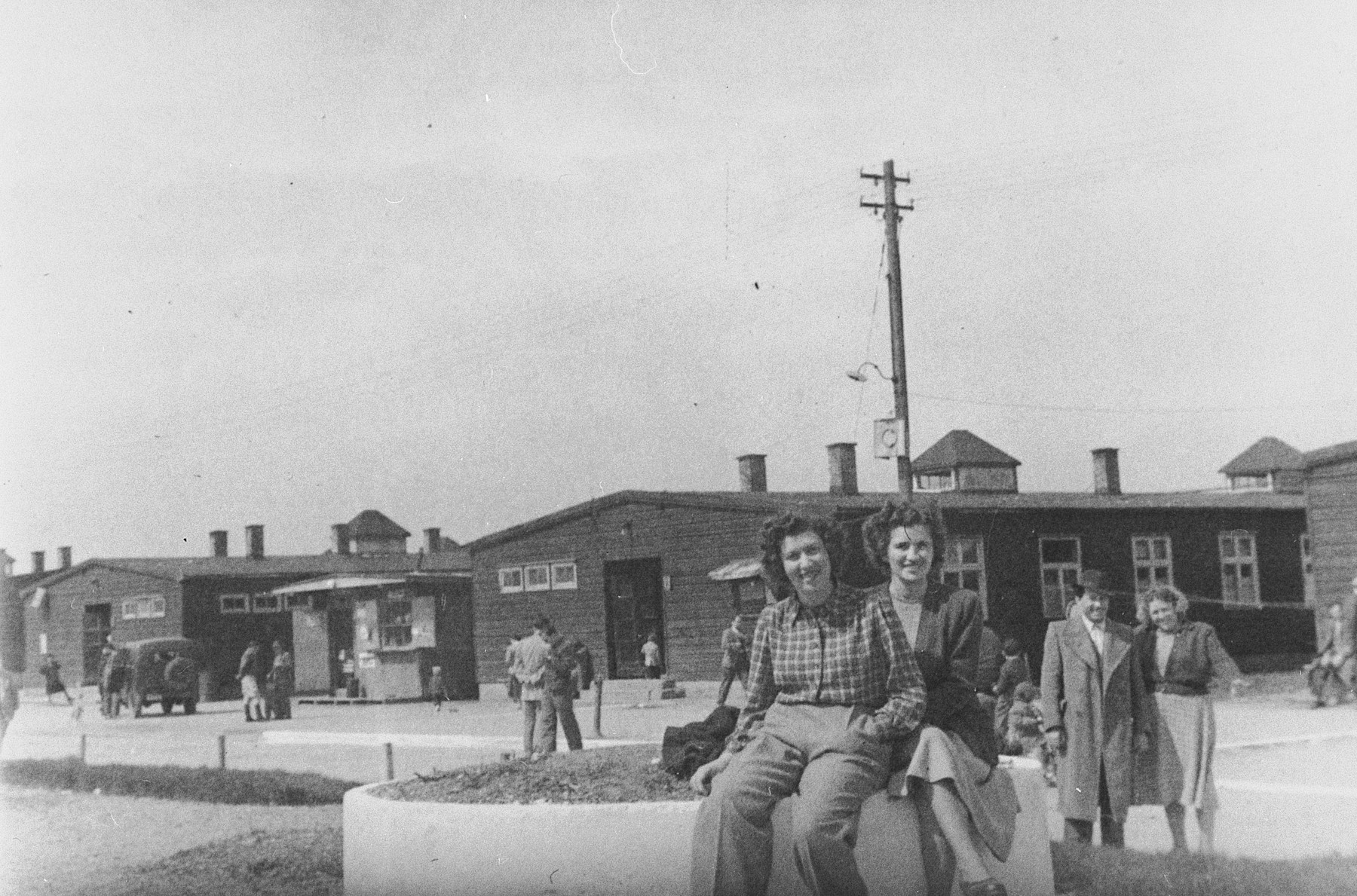 Jewish women pose outside the barracks in the Wels displaced persons' camp.

Biography
Rose Seiderman (born Ruzka Spiegel) is the daughter of Koppel Spiegel and Leah Leff Spiegel. She was born in 1927 in Rudnik near the San River. She had two older brothers: Markus (now Max b. 1921) and Aaron (b. 1923). Ruzka's parents worked distributing baskets woven by local peasants from reeds that grew in the area. Koppel was also a Hebrew scholar. A staunch Zionist, he had taught Hebrew and helped establish the local Yavneh Hebrew language school which Ruzka attended for two years. Following the start of World War II, the San River marked the border between the German and Soviet zones of Poland. Though the Spiegels lived on the German side, they were expelled across the river to the Soviet zone. They lived for a few days with relatives in Ulanow before continuing to walk east to Lvov. The Speigels remained there for the next year and a half. Koppel found work, and Ruzka attended school. However, in June 1941, the Soviets deported them to a labor camp in the forests of Siberia. Koppel, Markus and Aaron were forced to work chopping lumber. They were given only two slices of bread a day. Since Leah and Ruzka did not work, they received only one slice of bread which they supplemented by begging food from nearby peasants. Weakened from starvation and cold, Koppel and Markus both contracted tuberculosis. Markus eventually recovered, but Ruzka's father succumbed to the disease in 1942. After his death, the rest of the family left the forest for the town of Cheboksary, where the brothers were put to work in a linen factory and Ruzka continued her education. Markus and Aaron later enlisted in the Polish army once they were given the opportunity. After the war, the Spiegels returned to Poland, arriving first in Bydgoszcz. When they discovered that the town was not safe for Jews, with the help of the Bricha they proceeded on to Reichenbach, which had a much larger Jewish community. A few months later, in mid-1946, they went to the Wels DP camp in Austria. There they contacted the Mandlers, Koppel's aunt and uncle, who were living in New York. The Mandlers sent them clothing packages and agreed to sponsor their immigration. Leah immigrated to America in 1950, and Ruzka followed in 1952. A few years later Ruzka met Jack Seiderman, an Auschwitz survivor from Bedzin, at a Polish club in Manhattan. They married in 1959.