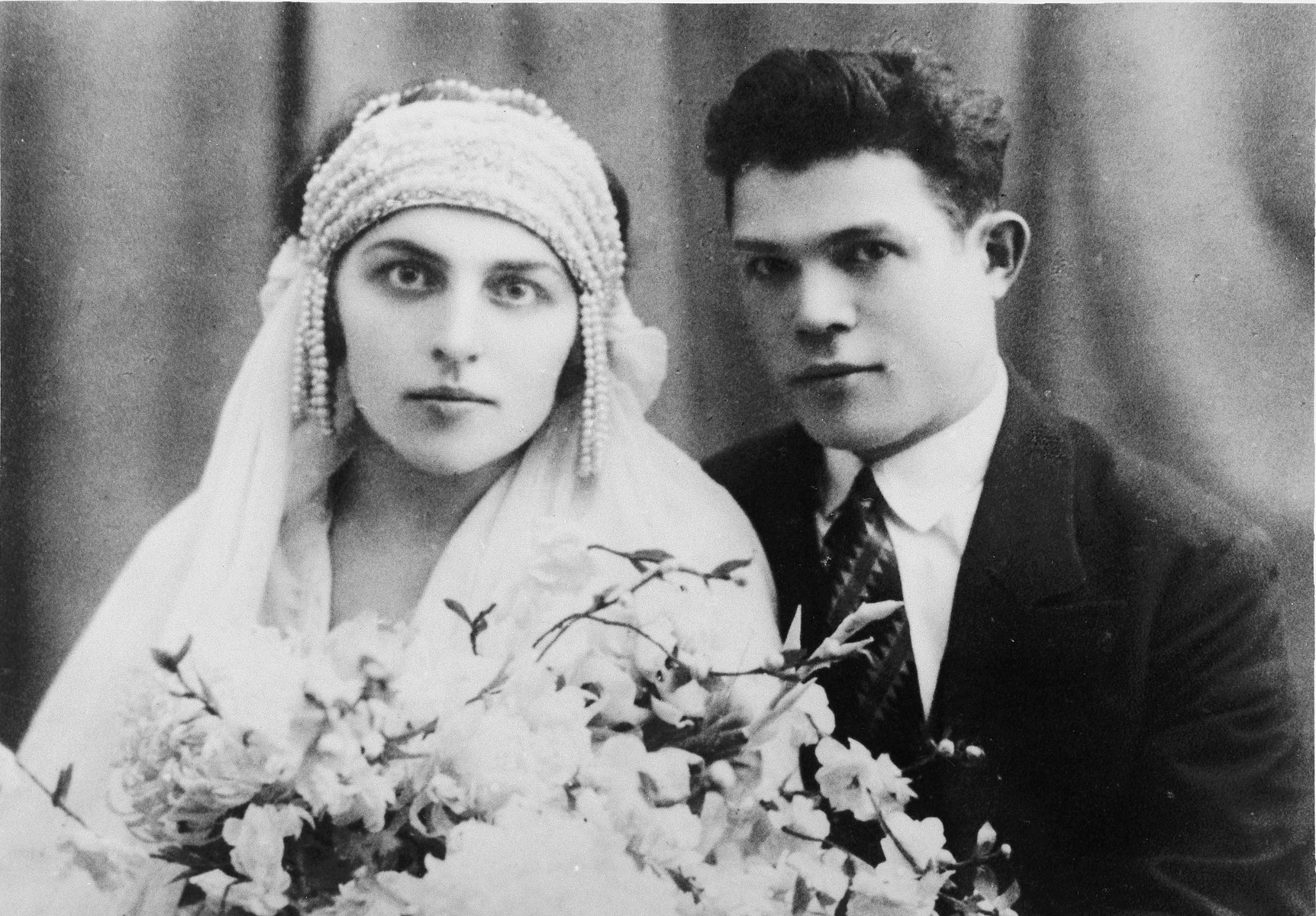 Biography
Israel David Gelbart is the son of Simon Aaron Gelbart and Sura Nitka Gelbart. Simon, the youngest of 13 children, was born in 1907 in Warta, a small town in Poland. Simon's father died when he was only seven years old, and his mother died soon thereafter leaving the children indigent. After Simon's aunts and uncles refused to care for him, he spent the next eight years living as a street urchin. When Simon was about 15, Zisha Nitka, a shoemaker in Kalisz took him into his home as an apprentice. Five years later, in 1929, Simon married his mentor's daughter, Sura Rivka. Simon became an expert craftsman, but his health was never good and at the age of twenty he contracted a serious lung condition. Doctors told him he had only ten years to live. While still in Kalisz, Sura gave birth to two children. Israel David was born in 1930 and his brother Haim a few years later. After start World War II the Germans expelled many of Kalisz's Jews, including the Gelbart family. Simon brought his shoemaker's tools and some coins hidden in the heels of their shoes with him. After first going to Warsaw they came to Siemiatycze in Soviet occupied Poland where they had relatives. Zisha passed away shortly thereafter. For a while Simon was able to work as a shoemaker, but then the Soviets deported the family to Camp 70, a Siberian Labor camp near the Arctic circle. Despite his poor health and small stature, Simon was put to work chopping and hauling lumber. As punishment for failing to meet his assigned quota on the first day of work, he was imprisoned for six months. Sura gave birth to a third child in Siberia, a daughter Sina who was born retarded as a result of malnutrition. In 1942 the family was sent to Krotovka, a collective farm in Uliyanovsk near the Volga River. Simon was allowed to work in his profession as a shoemaker. However, conditions there were only somewhat better than in Siberia, and Israel David's younger brother Haim died at the age of seven from starvation. Israel David avoided Haim's fate only because a Russian woman, Pashinka Bravina, took him into her home and for eighteen months fed him milk and bread. After three years, the family was sent to Odessa where Simon worked as shoemaker for a government cartel. In 1946 they were finally allowed to return to Poland. They stayed there only briefly before fleeing to West Germany to escape continued antisemitism. They settled in the Eschwege displaced persons' camp where Sura gave birth to a fourth child, Abraham. Simon had hoped to set up a shoemaking factory in Israel, but after he was denied a visa he sold his equipment to another shoemaker and moved to Omaha, Nebraska in 1951. The following year, Israel David was drafted into the American army and returned to Germany to work as an Army interpreter.