Agathe and Lux Adorno pay a farewell visit to their grandparents before leaving for England on a Kindertransport. 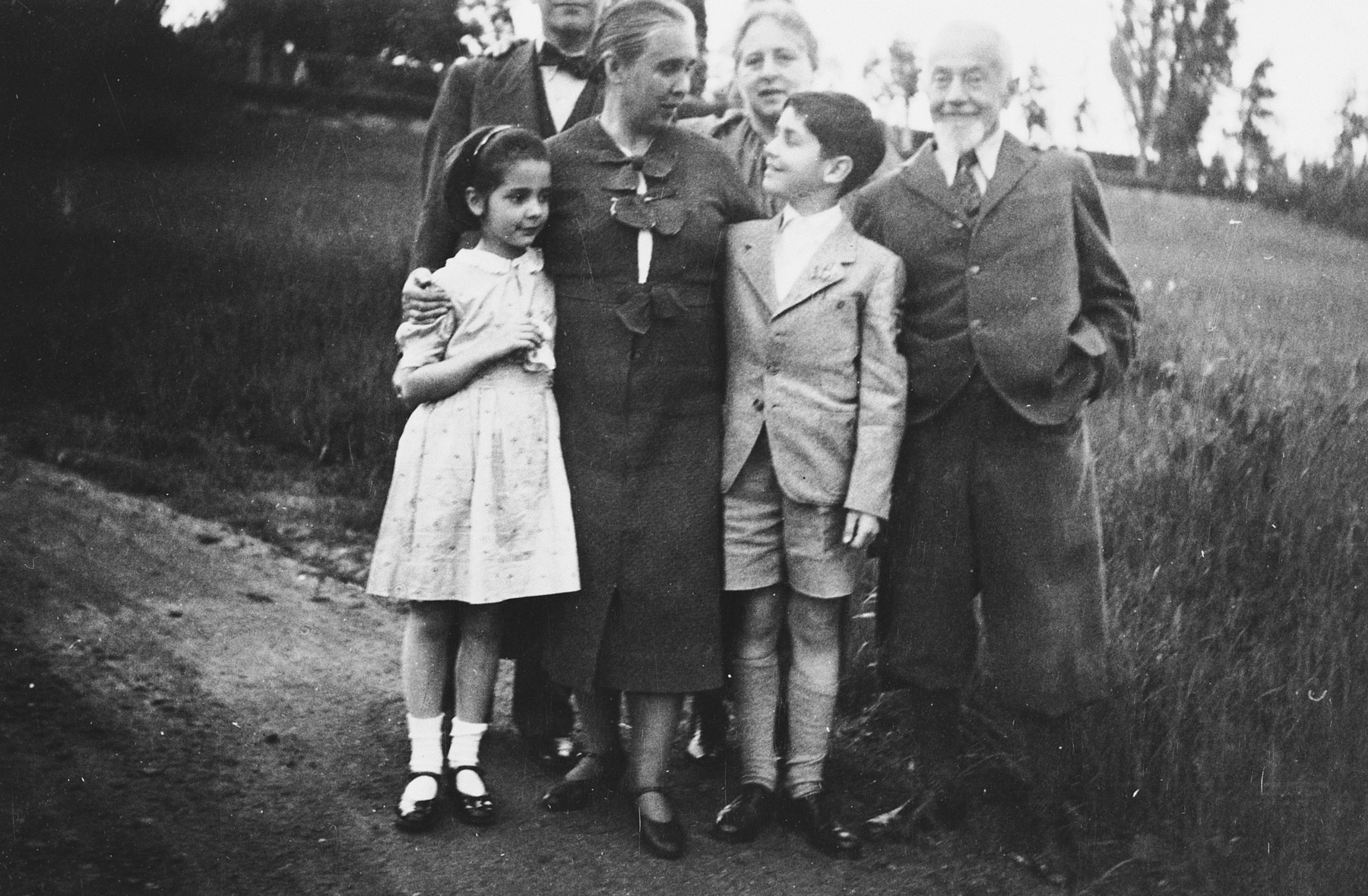 Agathe and Lux Adorno pay a farewell visit to their grandparents before leaving for England on a Kindertransport.

Biography
Elisabeth Reinhuber-Adorno (born Elisabeth Adorno) is the daughter of Franz Adorno and Helene (Mommsen) Adorno. She was born on December 2, 1925 in Eschersheim near Frankfurt and had two younger siblings: Lux was born on June 23, 1927 and Agathe was born on July 8, 1930. Helene Adorno was a descendant of the historian Theodor Mommsen; she came from a well-known family in Luebeck and studied music at the Hoch'sche Conservatory. There she met Franz, a law student and violinist, in 1917. Franz was half-Jewish. His father came from a French military family, his mother was Jewish. The children were raised as Christians. Though they did not attend church every Sunday, they celebrated Christmas and Easter and prayed nightly. In 1929 the family moved to Dortmund because Franz had been appointed as a judge there. However, following the Nazi takeover four years later he lost his job on April 23, 1933, since as a half-Jew, he was prohibited from holding a government post. Having lost their source of income, the family moved back to Eschersheim where they could live less expensively. Franz became a violinist with the Jewish Cultural Council orchestra and a music instructor. According to Nazi law, he only was allowed to teach non-Aryans. However, ironically, three years later he lost his symphony job because the orchestra only wanted to hire "full" Jews. In 1935 the family moved to Frankfurt; Franz played in small ensembles and lectured for money. Starting in 1936 the parents began investigating ways to leave Germany without much success. In December 1938 they received an affidavit for the United States from distant acquaintances, but since the waiting period for immigration was at least three years, they tried instead to move to England. They first sent Elisabeth and Lux on a Kindertransport on June 27, 1939. After arriving, the children stayed with Mr. and Mrs. Hulford, who was the nephew of their dentist in Frankfurt. After the war began, the Hulfords could no longer care for the two siblings, so they were separated. Lux went to Barham House in Claydon, a hostel for boys, and Elisabeth went to the Beacon in Rusthall. After three months, she left to stay with the Goldsteins. Mrs. Goldstein had been a piano student of her father in Germany. In the beginning of May 1940 the Goldsteins had to evacuate their town, and the Woman's Voluntary Service needed to find a new home for Elisabeth. They referred her to Mrs. Hayes, and Elisabeth lived with her for the next ten years. Elisabeth earned her school certificate in 1941 and then went to a business school to study languages, shorthand, bookkeeping and typing. She celebrated her confirmation at the Watford Parish church. In 1942 Lux also came to live with them after receiving his school certificate after having been with a Miss Wells for about two years. Elisabeth and Lux's parents remained in Frankfurt until it was bombed and then moved to Zwingenberg. Her father learned in late 1943 of plans to register Mischlinge for labor camps. After first waiting to see what would happen, he started hiding with friends. In January 1945 he went into hiding at the Buehler Hoehe, a sanatorium. His step-mother (and sister of his mother) was deported in February 1945 to Theresienstadt. She was freed in late April and died soon afterwards of cancer. In September 1945 Elisabeth received the first post-war letter from her family. She and Lux saw their parents and younger sister Agathe again for the first time in November 1947. In 1948 Lux and Elisabeth visited their family in Germany, and Elisabeth also became a British citizen. In 1949 their father became a judge in a Frankfurt court and later became president of the senate. Elisabeth met her husband Kurt Reinhuber at the British consulate in Frankfurt in 1950.