A large Jewish family from Brest poses for a group wedding portrait. 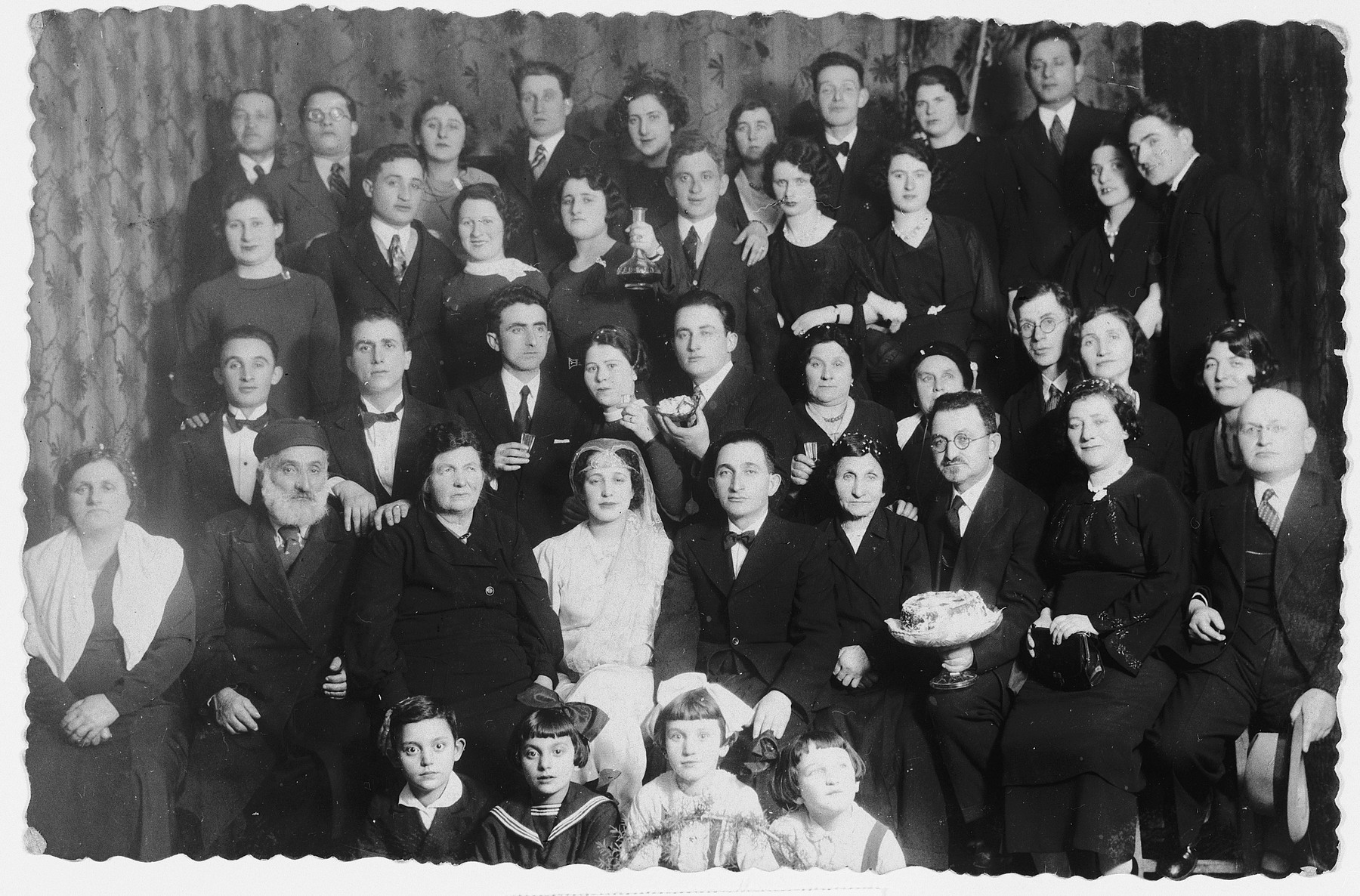 A large Jewish family from Brest poses for a group wedding portrait.

Among those pictured are Chaim and Grunya Chinkes. None of those pictured survived. The photograph was sent to the brother of the groom, who had immigrated to Argentina before the war.

Biography
Norberto Chirkes is the son of Eiber Chinkes. Eiber was the son of Chaim and Grunya Chinkes. He was born in Brest (Brzesc) where his father owned a shoe factory. He immigrated to Argentina in 1934 to join his older brother Adolf who had previously emigrated. Two of his sisters came to the United States before the war. His parents and four other siblings perished during the Holocaust.