Page from a photo album of the Wasseralfingen DP camp showing the administrative offices of the camp. 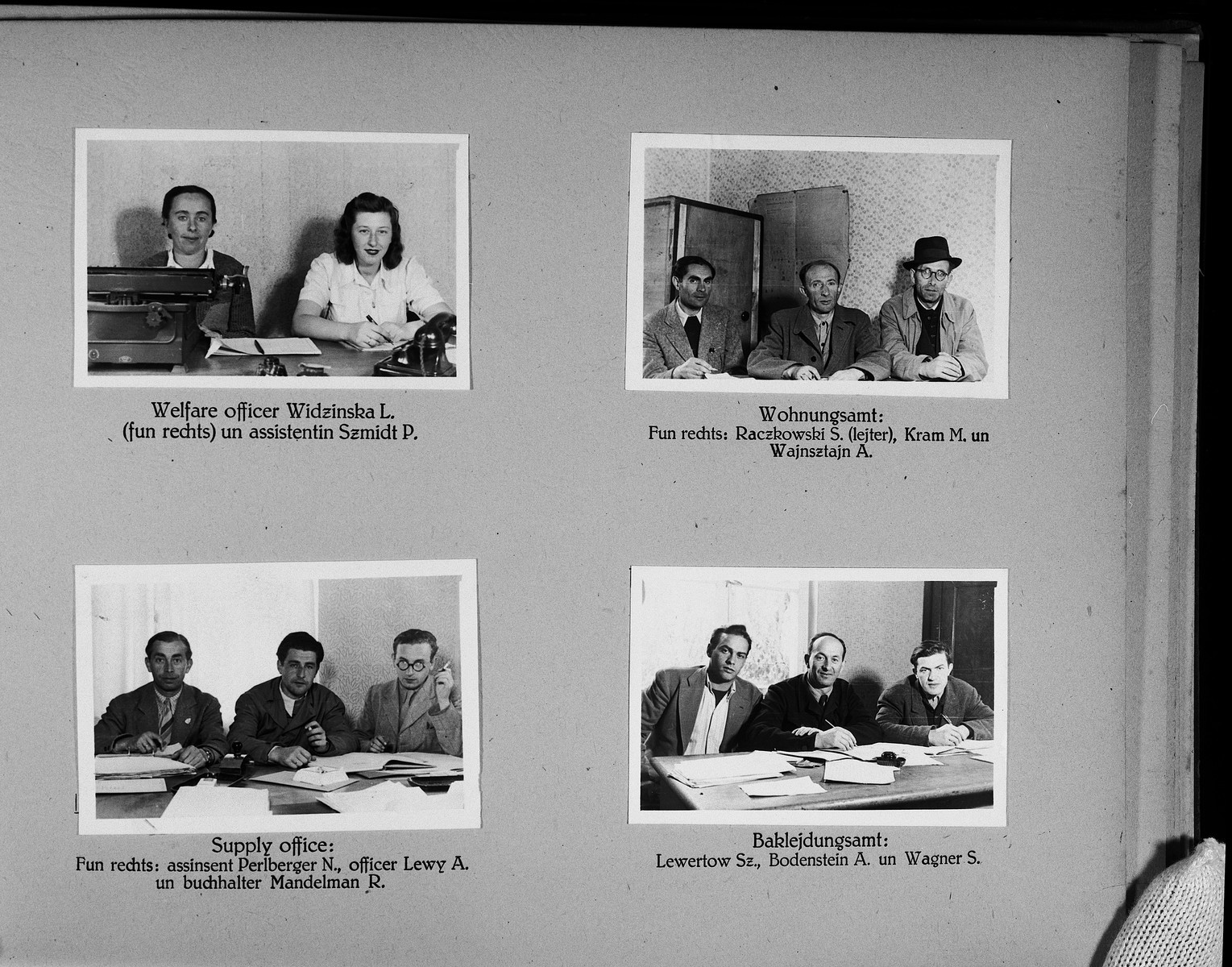 Page from a photo album of the Wasseralfingen DP camp showing the administrative offices of the camp.

Among those pictured is Israel "Srulik" Wagner (bottom right photograph, seated at the far right).