Two Jewish refugee youth pose with the Dym family in the hills outside of Zurich. 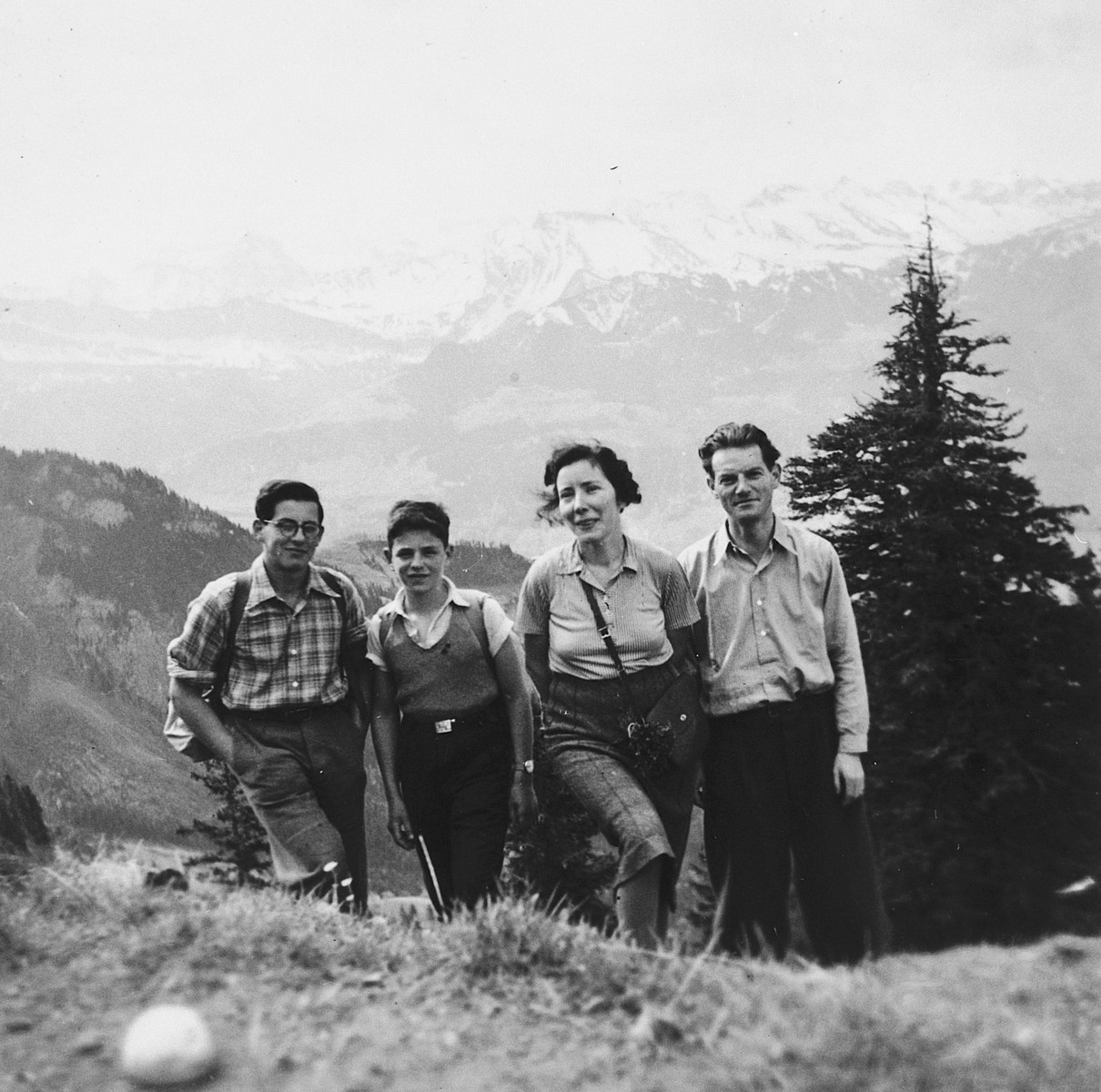 Two Jewish refugee youth pose with the Dym family in the hills outside of Zurich.

Pictured are Hans Garfunkel (far left) and Peter Salz (second from the left).

Biography
Hans (Peter) Garfunkel is the son Julius and Paula Lonky Garfunkel. He was born in Koenigsberg, East Prussia on April 21, 1924. On January 30, 1939, he escaped to Brussels, Belgium on a Kindertransport and lived in an orphanage. On May 10, 1940 Germany invaded Belgium and four days later on May 14, 1940, he escaped across the border to France along with other children from the home. The children finally arrived in Seyre (Haute Garonne) on May 18, 1940. They remained there for over a year, living in extremely primitive conditions until the Secours Suisse (Swiss Children's Aid) found new accommodations for them at a home called Chateau de la Hille in the spring of 1941. For the first year, the children lived in relative security. However, on August 26, 1942, the French police raided the home and rounded-up some forty of the older children, including Hans. They were taken to the Le Vernet internment camp to await deportation. In the meantime, Rosali Naef, the director of La Hille, contacted Maurice Du Bois, the local head of the Secours Suisse, who went to Marseilles to plead for the release of the children. He was successful, and the children returned to La Hille in September. The situation, however, remained too dangerous for the teenages to remain in La Hille, so individually and in groups they were smuggled over the borders into Switzerland and Spain. Hans escaped to Switzerland on December 25, 1942. After the war, Hans immigrated to Brazil in 1946, and then to the United States the following year. He married Ilse Wulff who had been in La Hille with him. They have one daughter and three grandsons. Hans' father died in Berlin on April 1, 1942; his mother was deported to Auschwitz on August 15, 1942 where she perished.