A German-Jewish family poses on a park bench. 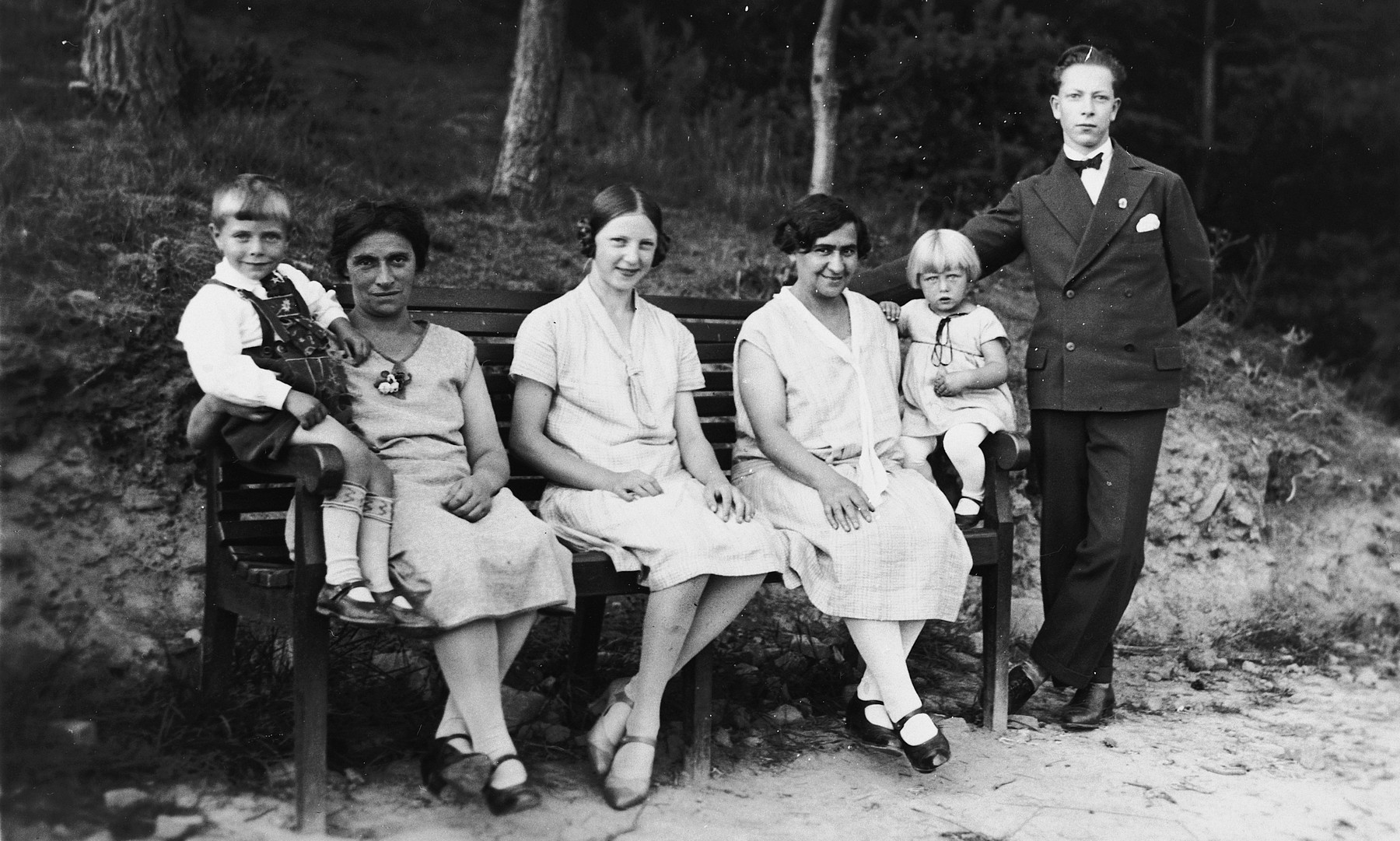 A German-Jewish family poses on a park bench.

Johanna Leopold Kuemmel is on the far left with her son Werner. Her daughter Hilde is on the right next to her sister Berta.

Biography
Hilde Johanna Kuemmel (now Caserio) is the daughter of Karl Johann Kuemmel and Johanna Leopold Kuemmel. She was born on November 8, 1926 in Schmalnau, Germany where her father was an interior decorator. Her older brother Werner was born on July 28, 1924. Hilde was raised as an orthodox Jew by her mother even though her father was not Jewish. As Johanna was Karl's third wife, Hilde also had six Christian half-siblings by his previous marriages. After the Nazi takeover the other children at school often tormented Hilde and Werner and beat them up. Hilde attended the Israel Volk School in Frankfurt from 1937 to 1941. The Nazi regime classified Hilde as a Jew, and starting in June 1941 they sent her to do forced labor in several locales including a farm and different factories which manufactured false teeth, books, electric wires, and airplane and submarine parts. Hilde was also imprisoned for nine moths from April to December 1943. She was finally liberated by American troops in Fulda on April 1, 1944. As a non-Jew her father was allowed to remain in their home in Frankfurt throughout the war. However, her mother and brother were both arrested and deported to Auschwitz. Johanna Leopold Kuemmel perished in Auschwitz on April 2, 1943. Werner was sent on a death march from Auschwitz to Bergen-Belsen and also perished.