Close-up portrait of a Jewish woman with a badge and a broad smile in the Lodz ghetto. 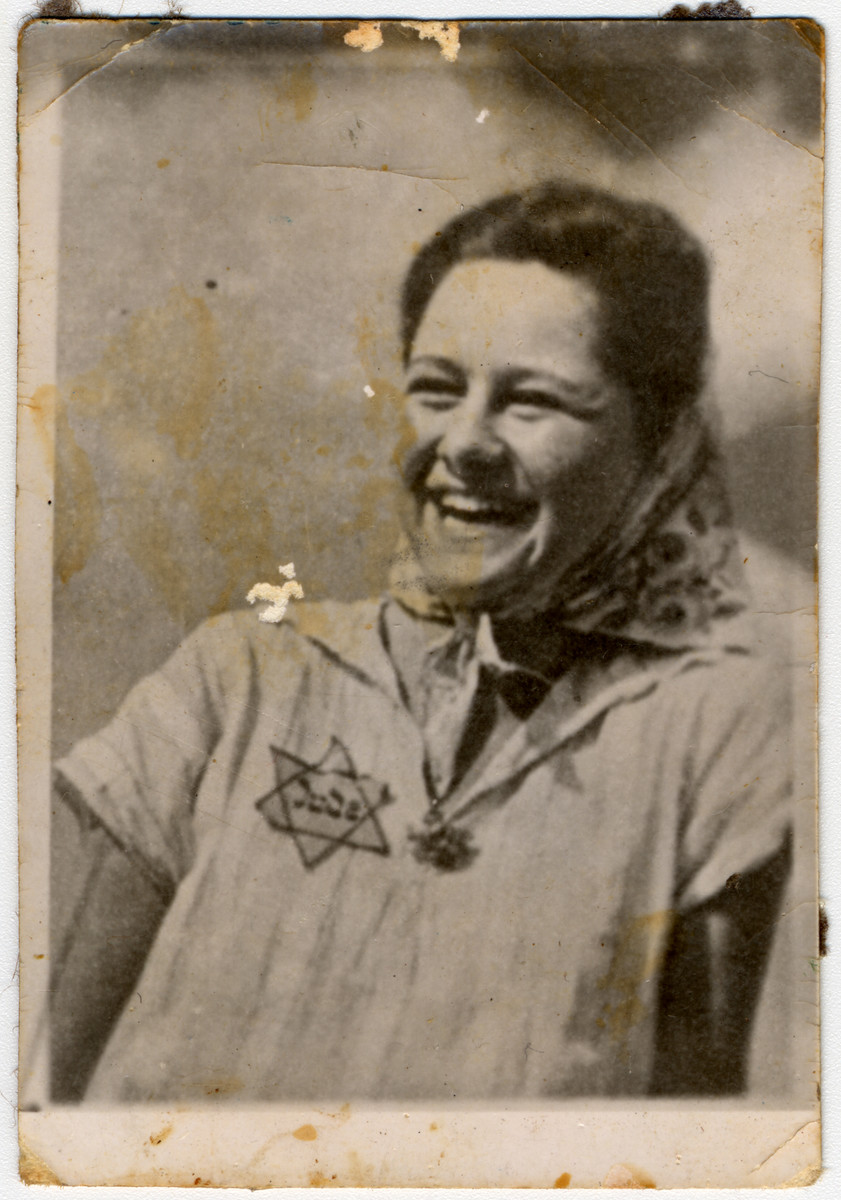 Close-up portrait of a Jewish woman with a badge and a broad smile in the Lodz ghetto.

Pictured is Henia Gorset, a member of Hanoar Hatzioni.