Three men gather around a desk in the statistical department of the Lodz ghetto. 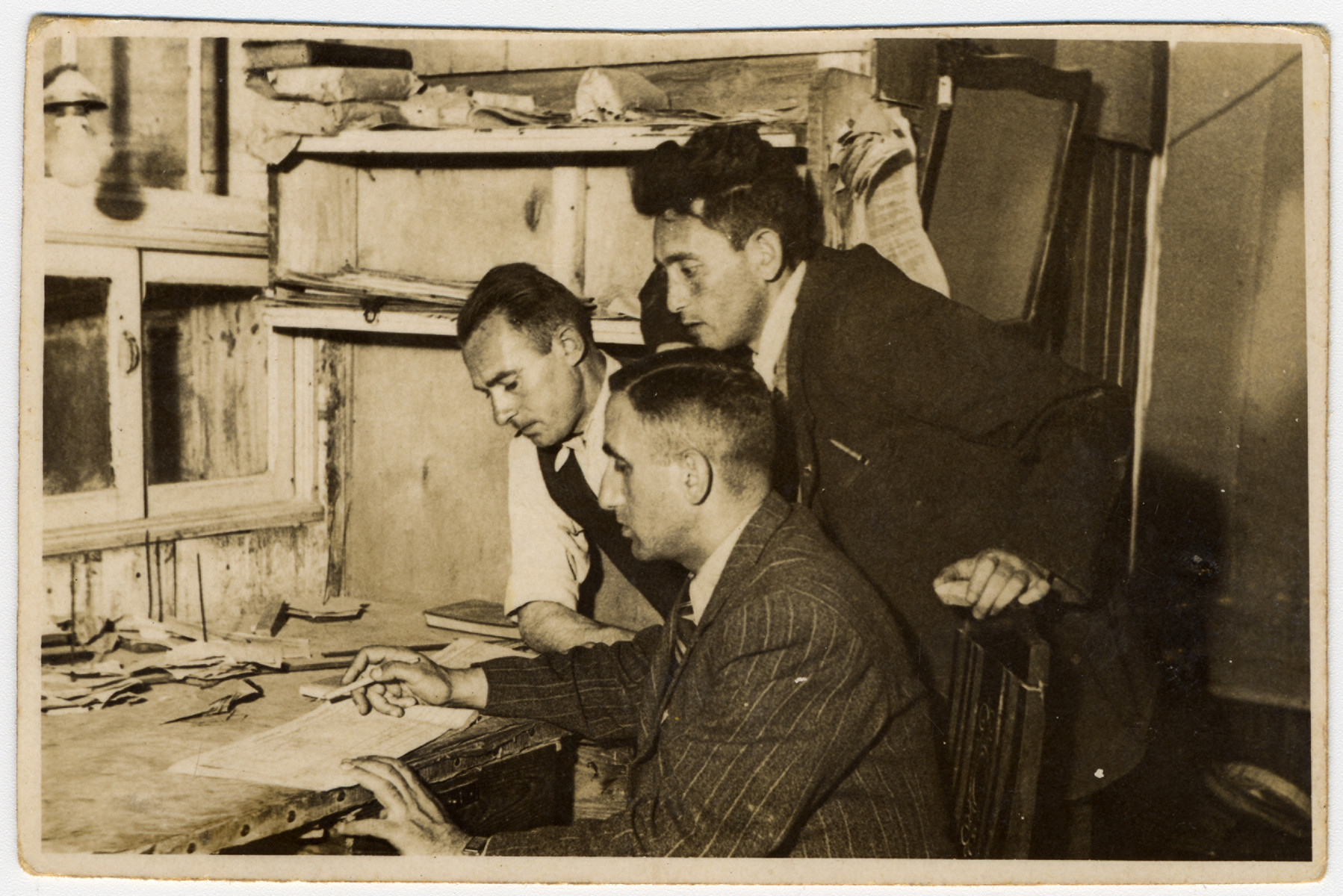 Three men gather around a desk in the statistical department of the Lodz ghetto.

Pictured are Ratner and Rubinek (originally from Prague, Czechoslovakia).