Members of the de Zwarte family pose on the balcony of their home wearing Jewish stars. 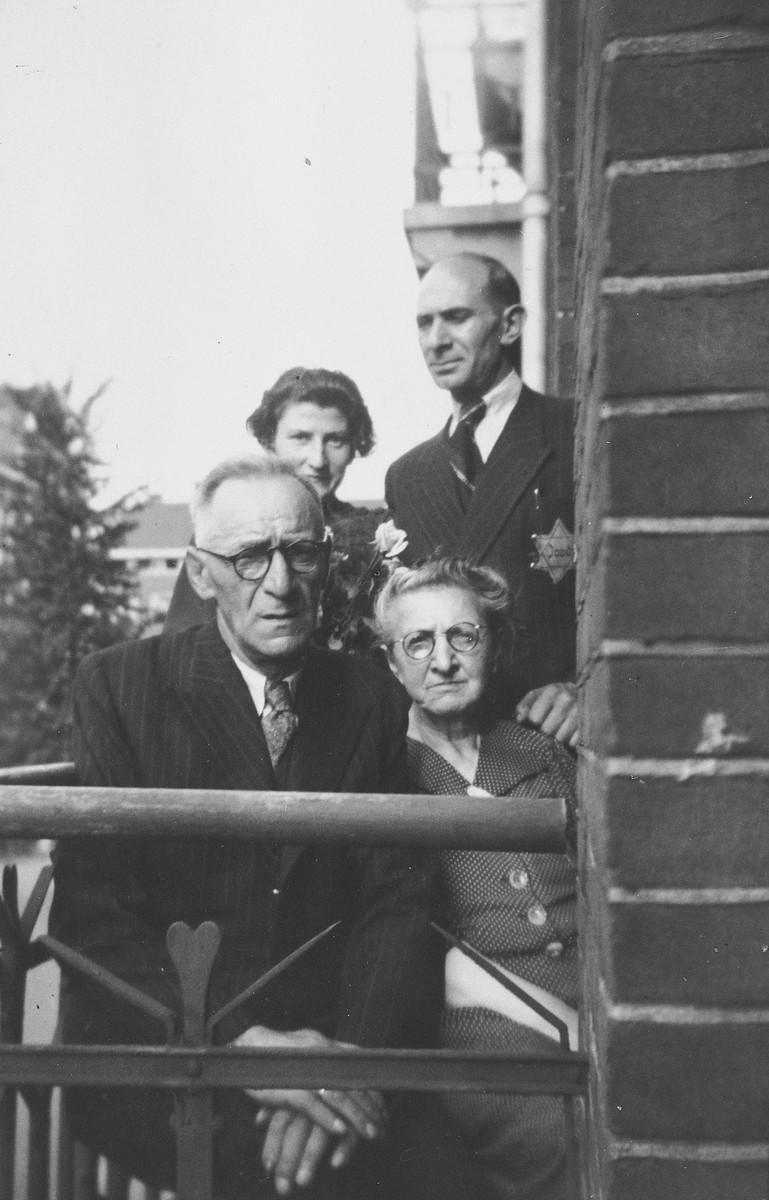 Members of the de Zwarte family pose on the balcony of their home wearing Jewish stars.

Pictured are Mietje, Simon and David de Zwarte (the grandparents and uncle of the donor) and David's girlfriend. All were rounded up in 1943 and perished in concentration camp.