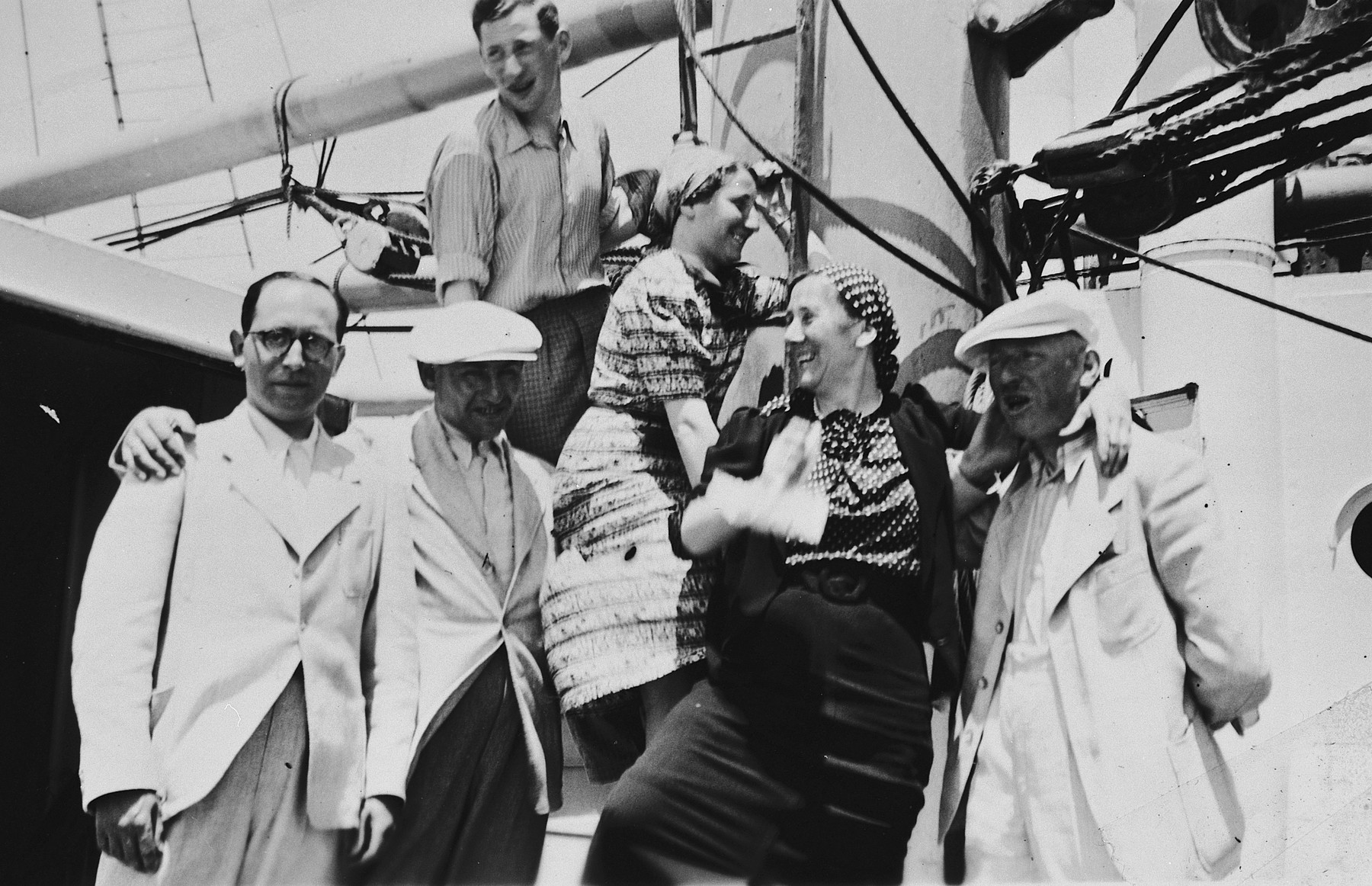 From left to right are a friend from Breslau, Kurt Marcus, Ernst Meyer, Ilse Marcus, Elfriede Meyer and Berthold Meyer.