Three Jewish-German youth learn agricultural skills at a training farm in Dahlem on the outskirts of Berlin. 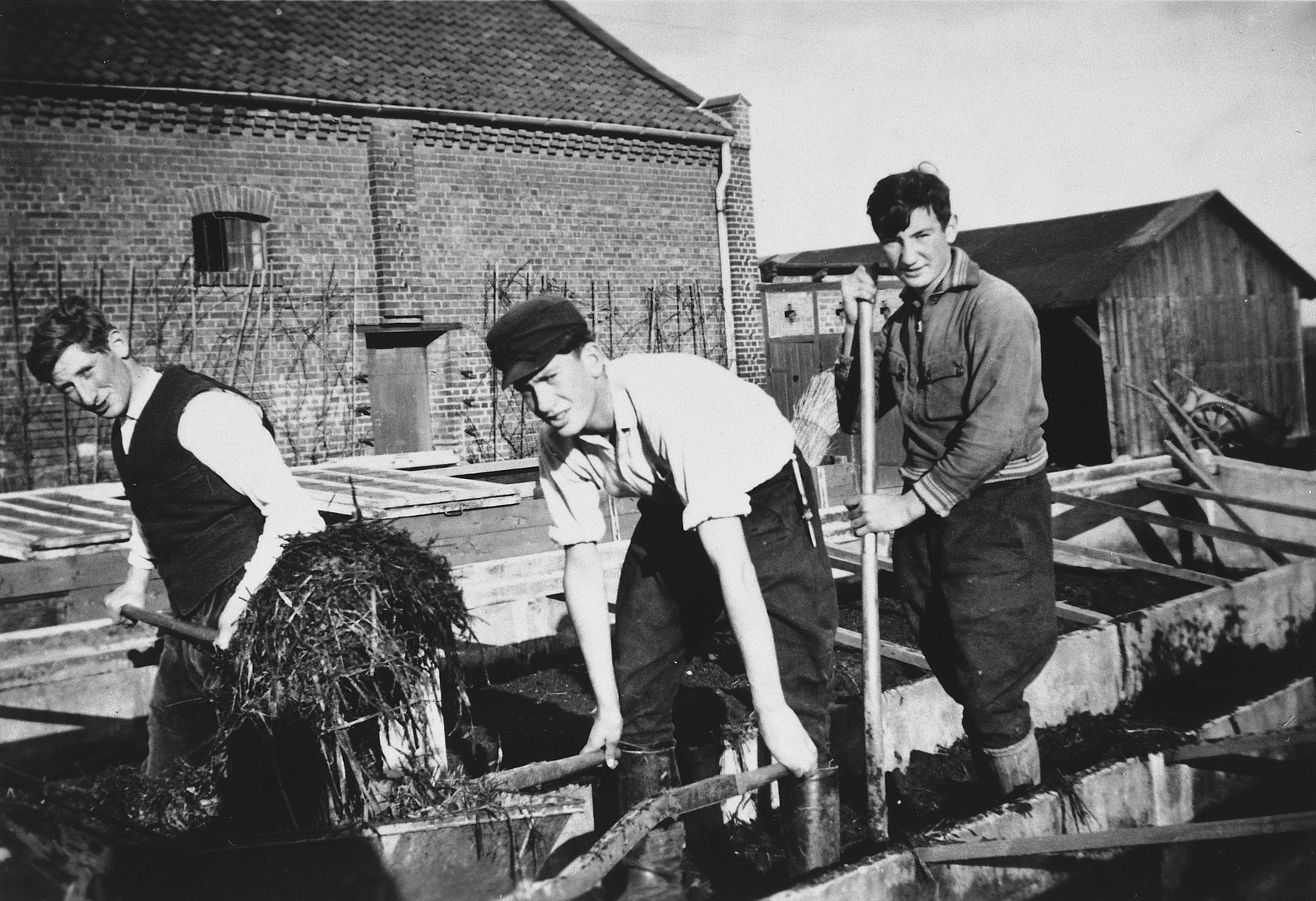 Three Jewish-German youth learn agricultural skills at a training farm in Dahlem on the outskirts of Berlin.

Ernst Meyer is standing on the far left.