An elderly German-Jewish couple sits at their table holding hands, surrounded by their three children. 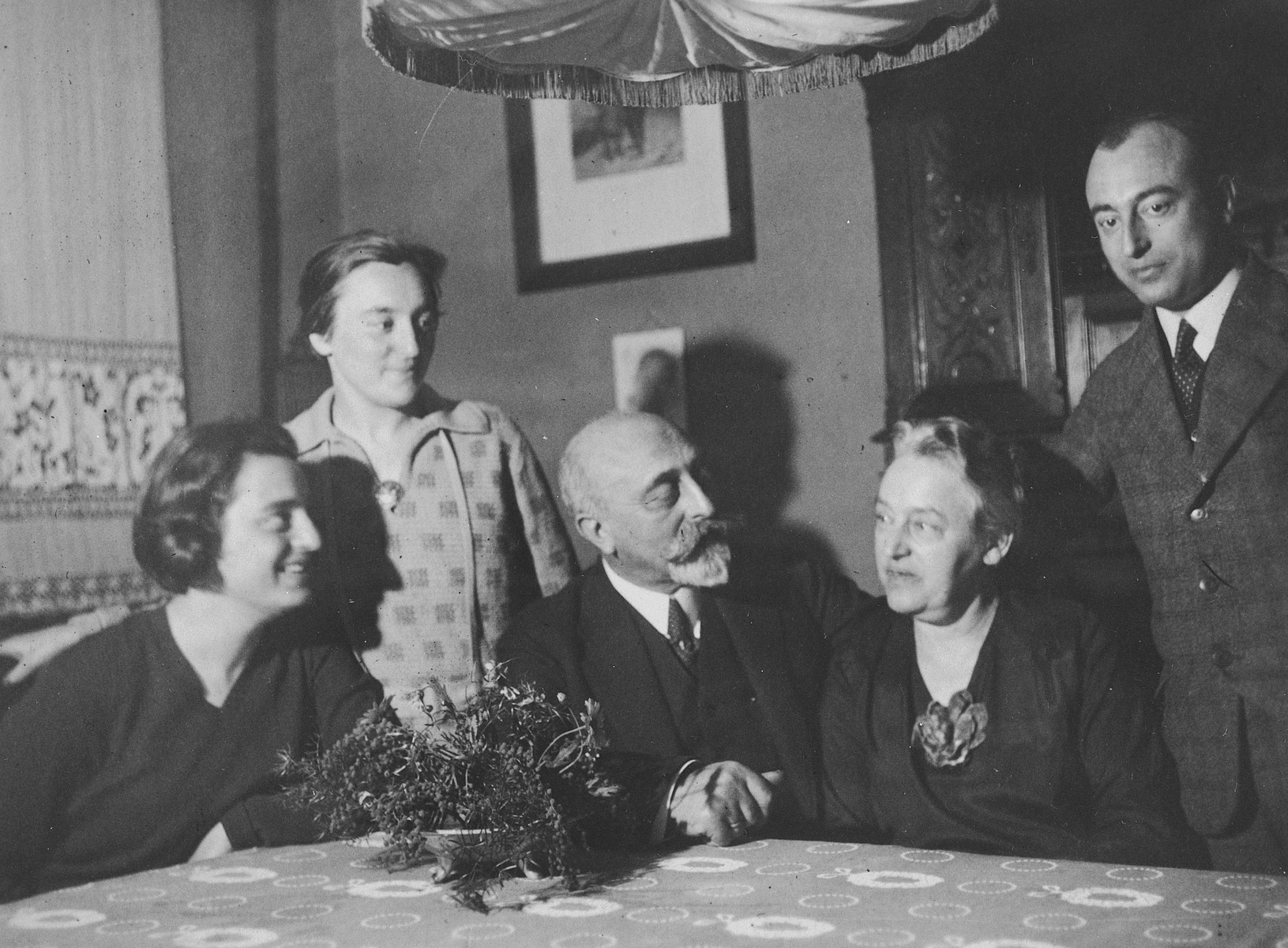 An elderly German-Jewish couple sits at their table holding hands, surrounded by their three children.

Pictured in the center are Leopold Herz and his wife Lena Solomon Herz. Also pictured are their children, Richard, Lotte and Lilly.