Letter from the "Het Kinder-Comite" (The Children's Committee) in Amsterdam to Arthur Lichtenstein regarding a temporary residence permit for his sister Ilse Lichtenstein. 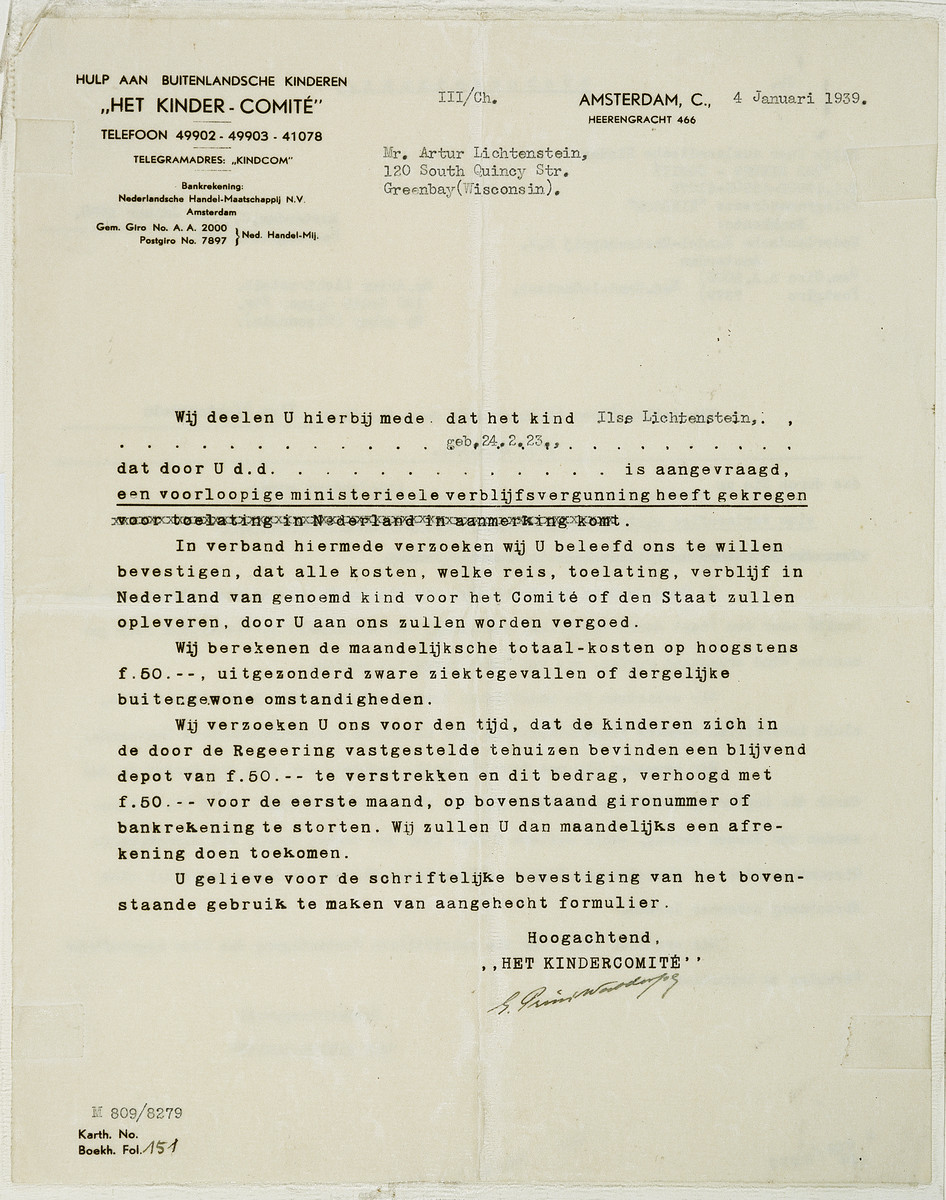 Letter from the "Het Kinder-Comite" (The Children's Committee) in Amsterdam to Arthur Lichtenstein regarding a temporary residence permit for his sister Ilse Lichtenstein.

In the connection with your request, we wanted to confirm that the Committee or the state who [arranges] the trip, and the permission for the named growing child [Ilse Lichtenstein] to reside in the Netherlands, will be compensated by you.

We estimate the monthly costs to be at the most a total of f 50.--, not including cases of serious illness or similar extraordinary circumstances. We request that you send us a permanent deposit of f 50.- for the time during which the government is looking for a home for the child, as well as another f 50.-for the first month, and to transfer this amount to the above mentioned Gironummer (bank account) or to the bank mentioned above. We will send you a monthly bill.
We request that you use the form attached here for written confirmation.
Respectfully
"Het Kinder-Comite"