Close-up portrait of two Jewish boys standing outside the front steps of the Masgelier children's home in France. 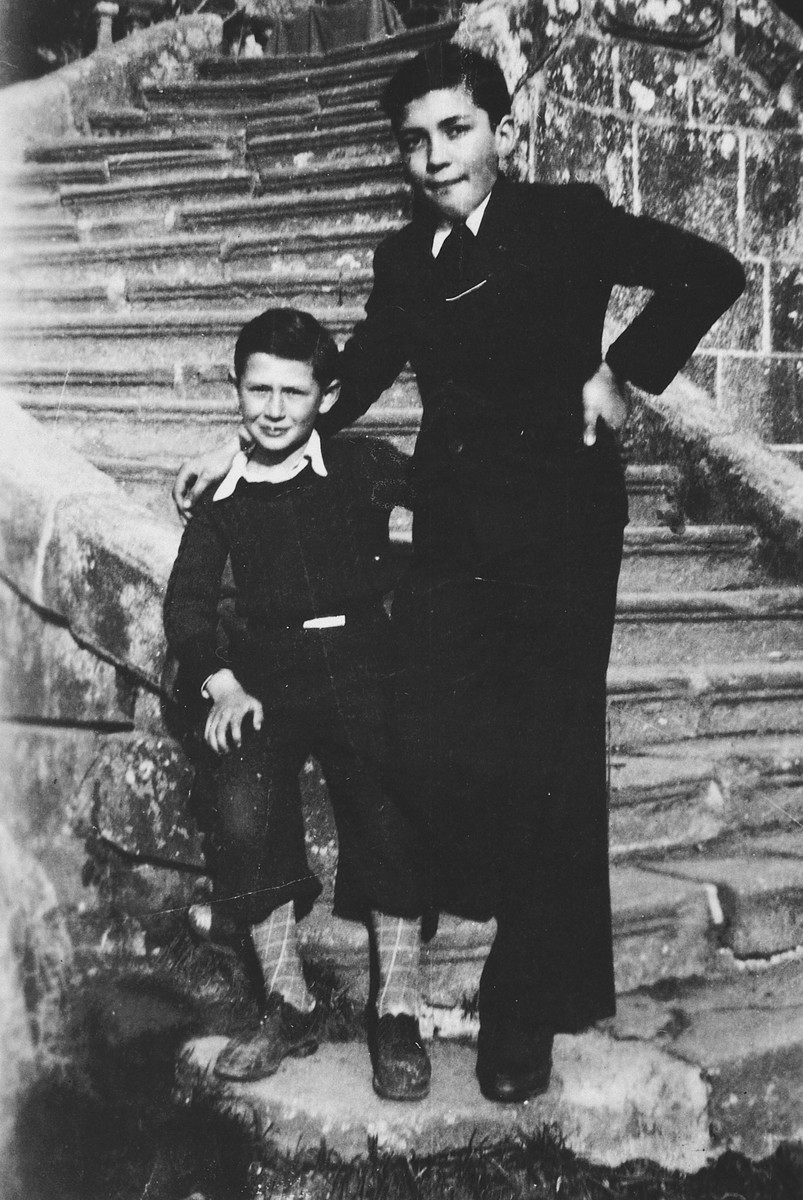 Close-up portrait of two Jewish boys standing outside the front steps of the Masgelier children's home in France.

Pictured are Israel Lichtenstein (left) and a friend.