Children wearing wreaths of flowers celebrate Shavuot in a Jewish kindergarten in Lodz. 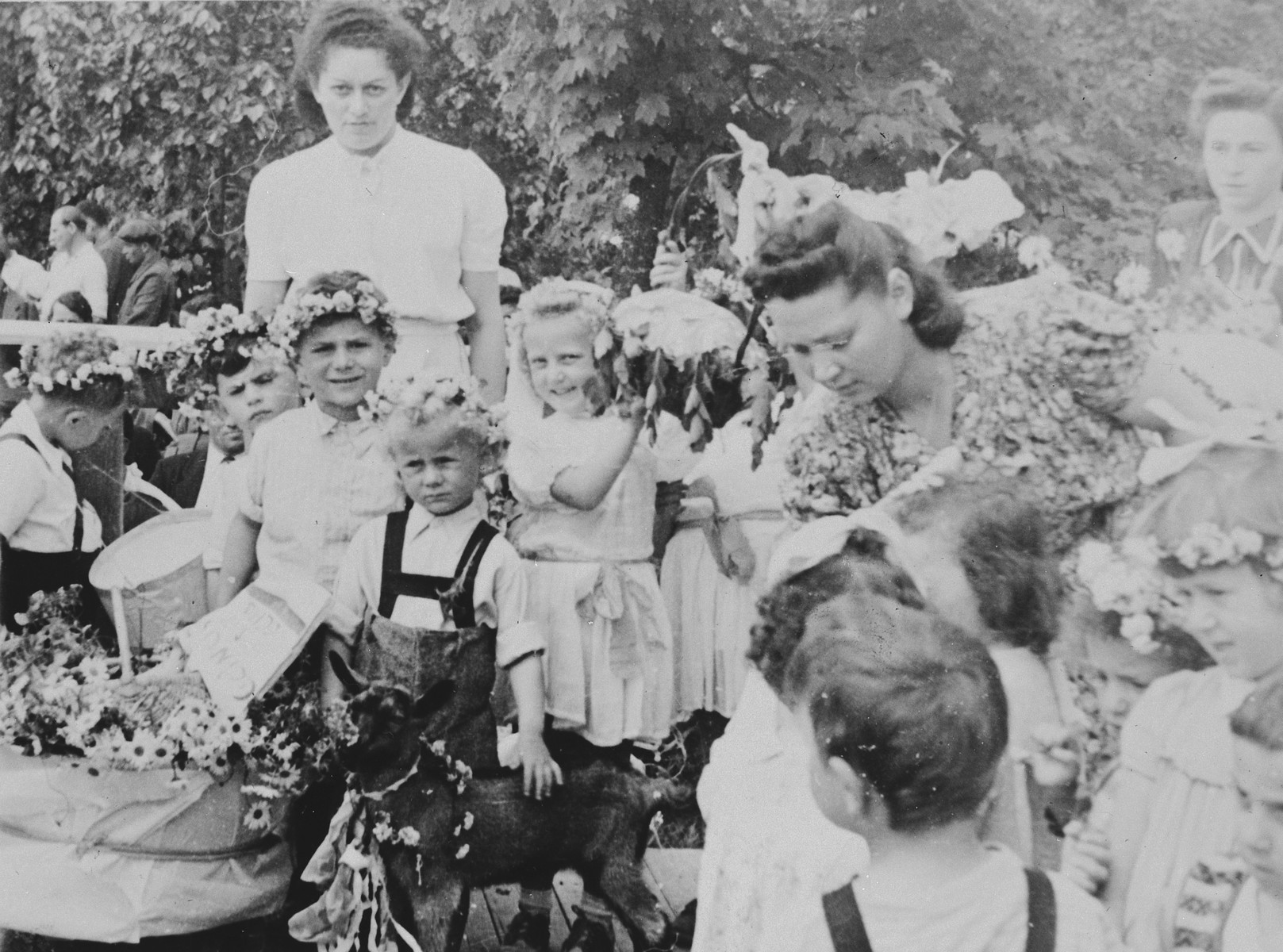 Children wearing wreaths of flowers celebrate Shavuot in a Jewish kindergarten in Lodz.

Among those pictured is their teacher, Rachel Grynglas (leaning over slightly in the center, left).