An elderly Jewish man stands outside his home and business in Delvine, Albania. 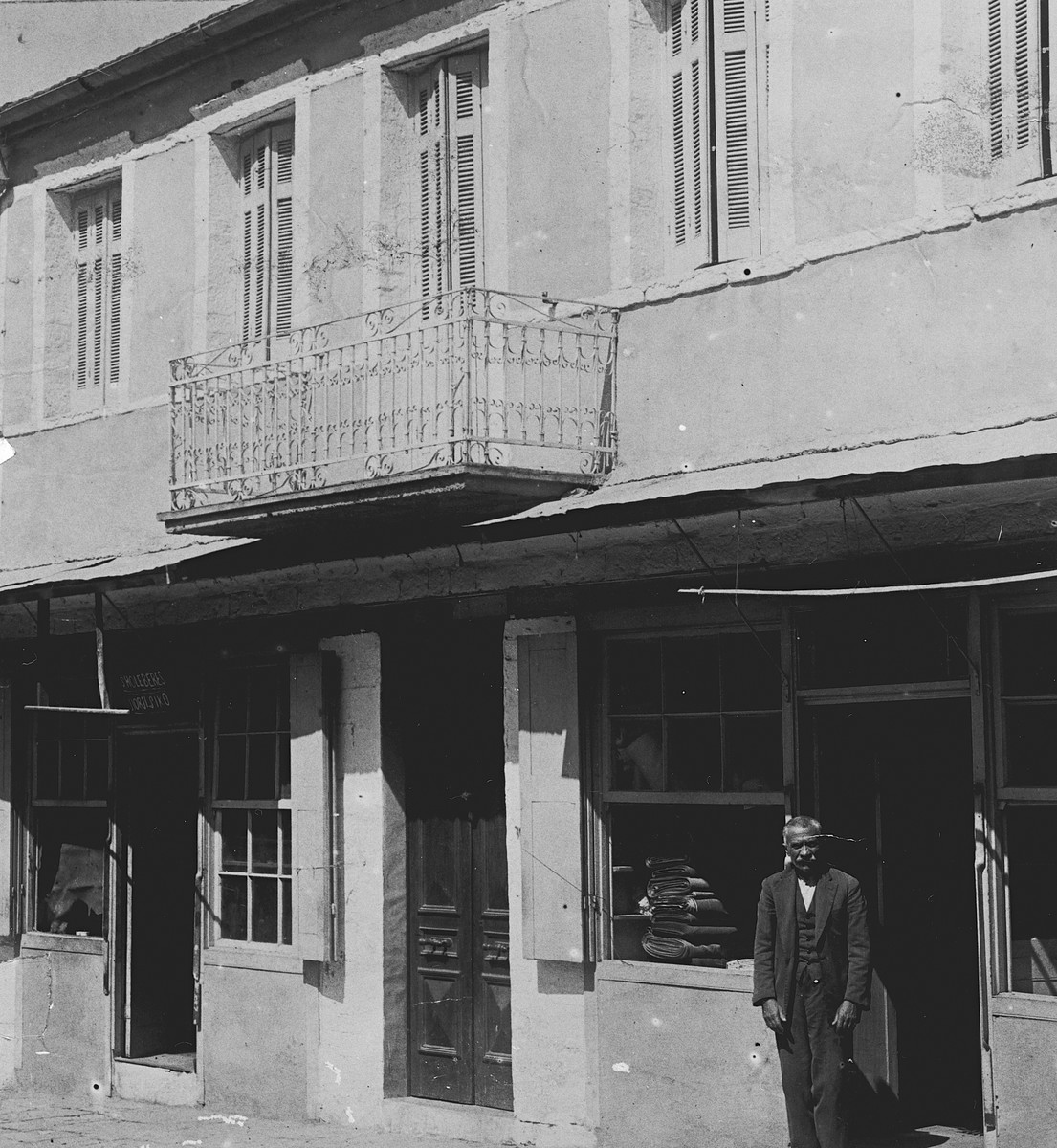 An elderly Jewish man stands outside his home and business in Delvine, Albania.

Pictured is Joseph Cohen, the grandfather of the donor.