An Austrian-Jewish swim champion sits by the pool at Bat Galim shortly after her arrival in Palestine. 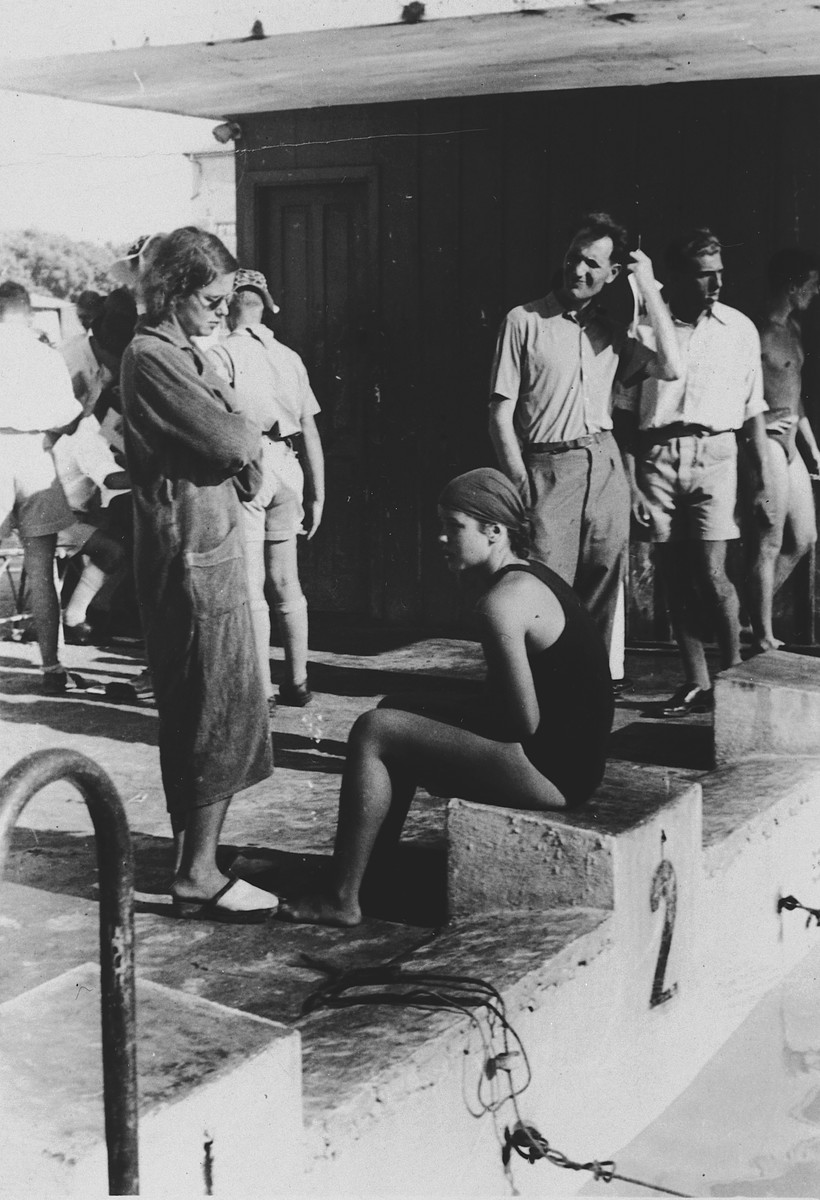 An Austrian-Jewish swim champion sits by the pool at Bat Galim shortly after her arrival in Palestine.

Pictured in the bathing suit is either Hanni or Judith Deutsch.