A German-Jewish dentist works in his office in Breisach, Germany. 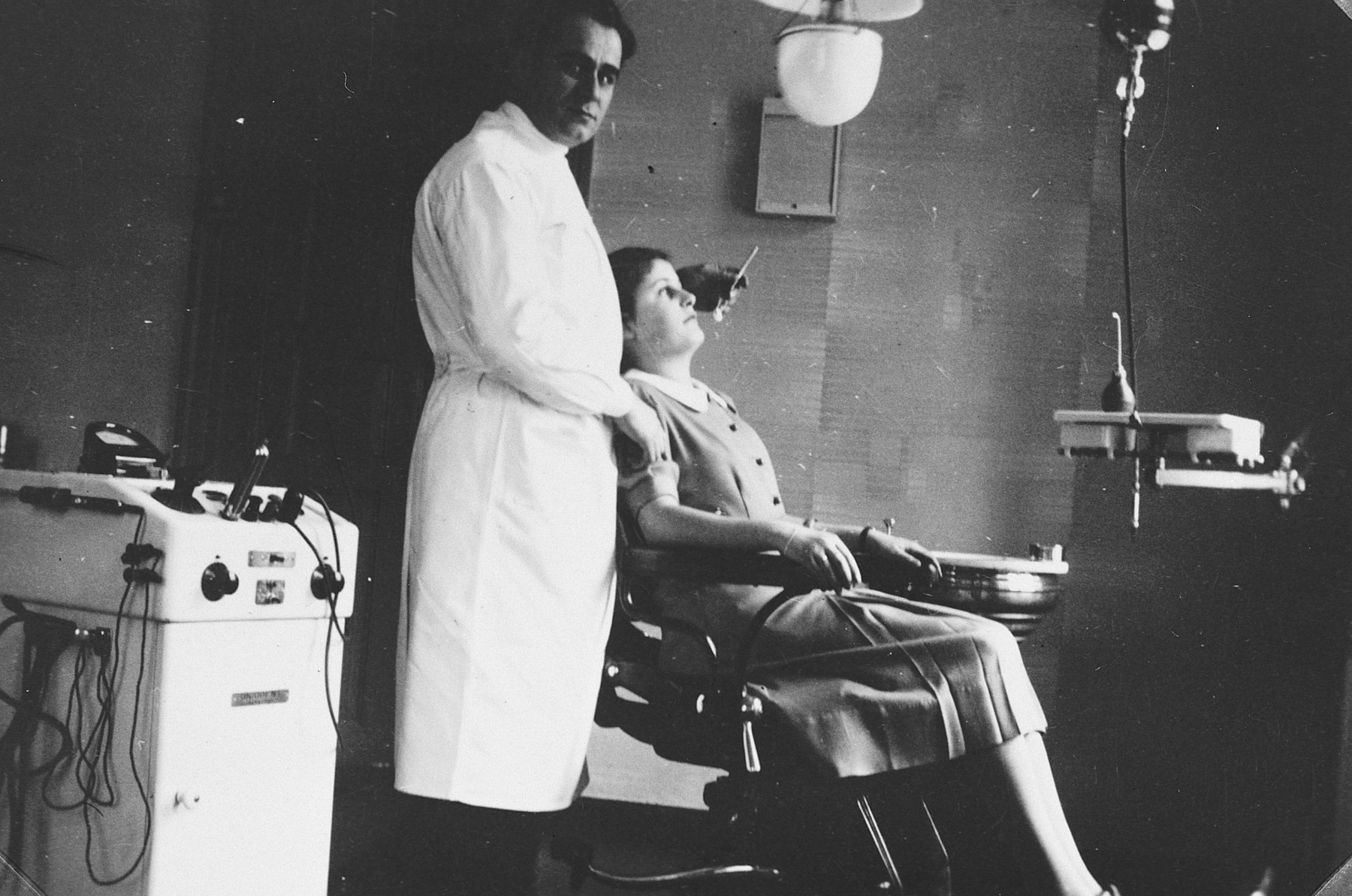 A German-Jewish dentist works in his office in Breisach, Germany.

The original caption reads "Helga Radauer and Dr. Israelski in the dentist's chair".