Display panel from a photo exhibition on the Holocaust entitled "Even Satan Has not Created Revenge for a Young Child" created by photographer George Kaddish in a displaced persons' camp. 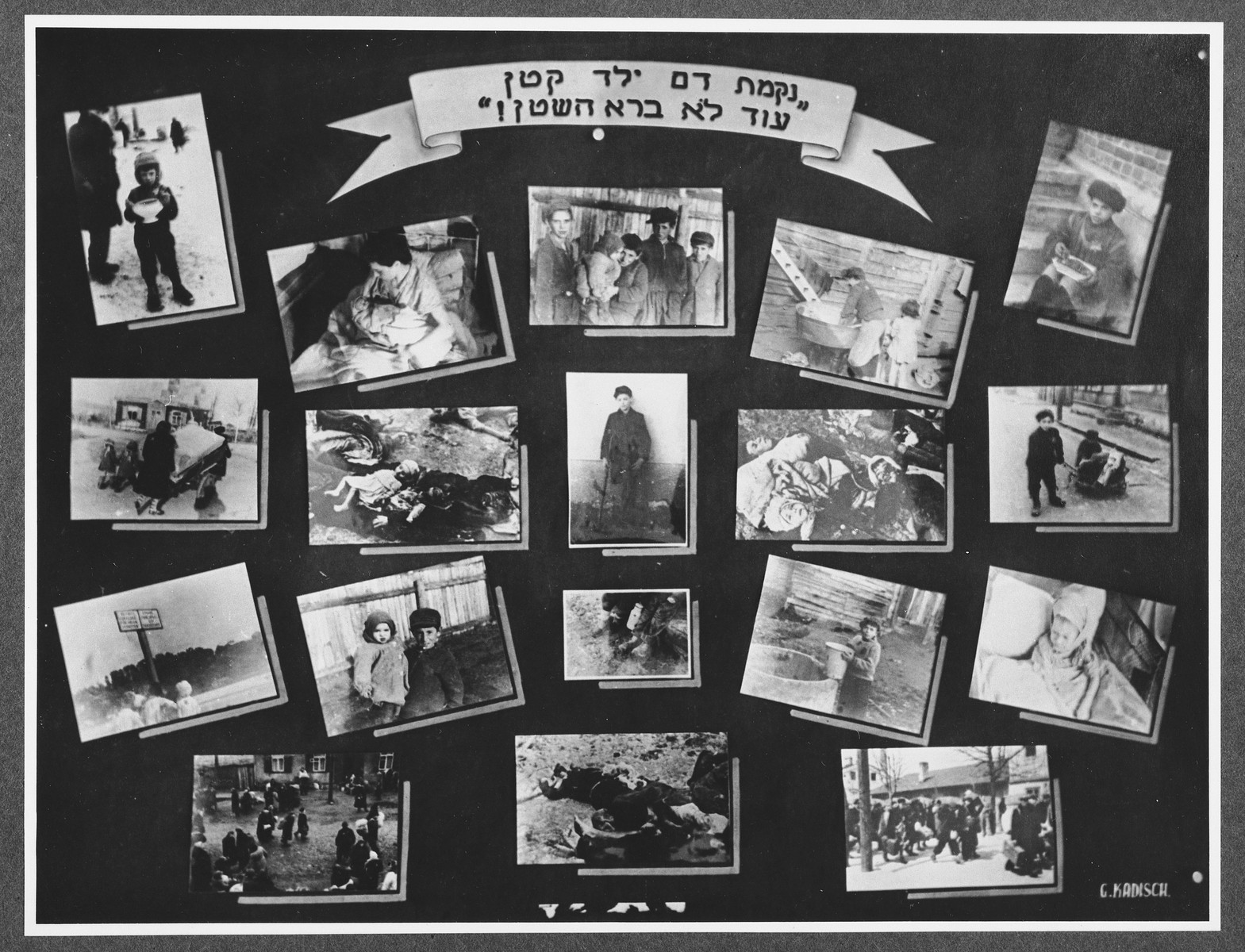 Display panel from a photo exhibition on the Holocaust entitled "Even Satan Has not Created Revenge for a Young Child" created by photographer George Kaddish in a displaced persons' camp.

The title is a quotation from a poem about a prewar pogrom by Chaim Nachman Bialik entitled "On the Slaughter".