Jospeh H. Williams, deputy-commandant of the Landsberg prison, poses next to a sign marking the site of the crematorium in Dachau that reads, 'This area is being retained a shrine to the 238,000 individuals who were cremated here. Please do not destroy.' 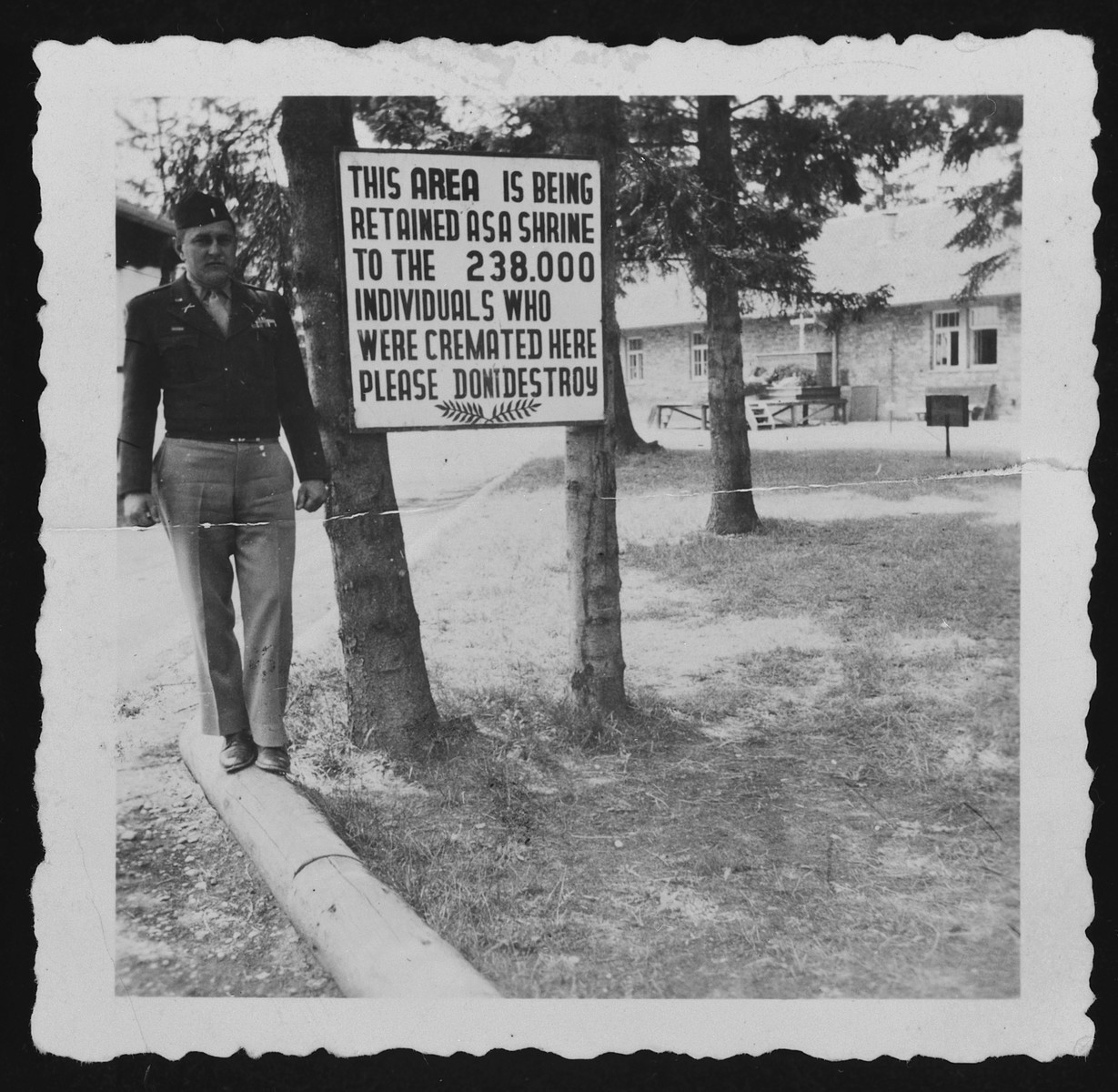 Jospeh H. Williams, deputy-commandant of the Landsberg prison, poses next to a sign marking the site of the crematorium in Dachau that reads, 'This area is being retained a shrine to the 238,000 individuals who were cremated here. Please do not destroy.'

Biography
Joseph Haley Williams, born in 1920 in Front Royal, Virginia, fought with the 9th Division, 47th Company at Safi, Sicily, and the Mulde River operations in Germany. In the autumn of 1946, just prior to the October executions of those Nazis already convicted of war crimes, Lt. Williams's unit (Company 'L') was sent to Landsberg to take command of and tighten the prison's security. In 1946 the prison had approximately one thousand inmates, most of whom were convicted concentration camp guards and administrators from Dachau, Mauthausen, Buchenwald, and Kaufering. As the commandant in charge of prison security, Lt. Williams oversaw security, requisitioned houses for his two hundred troops, received new prisoners, and supervised executions. From the fall of 1946 to the fall of 1947 he acquired an intimate familiarity with all of Landsberg's operations and activities, and developed noteworthy relations with many people there. In 1947 he was stationed in Italy for duty unrelated to the war crime trials.