Group portrait of American soldiers, all of whom were Jewish emigres from Nazi Germany and Austria. 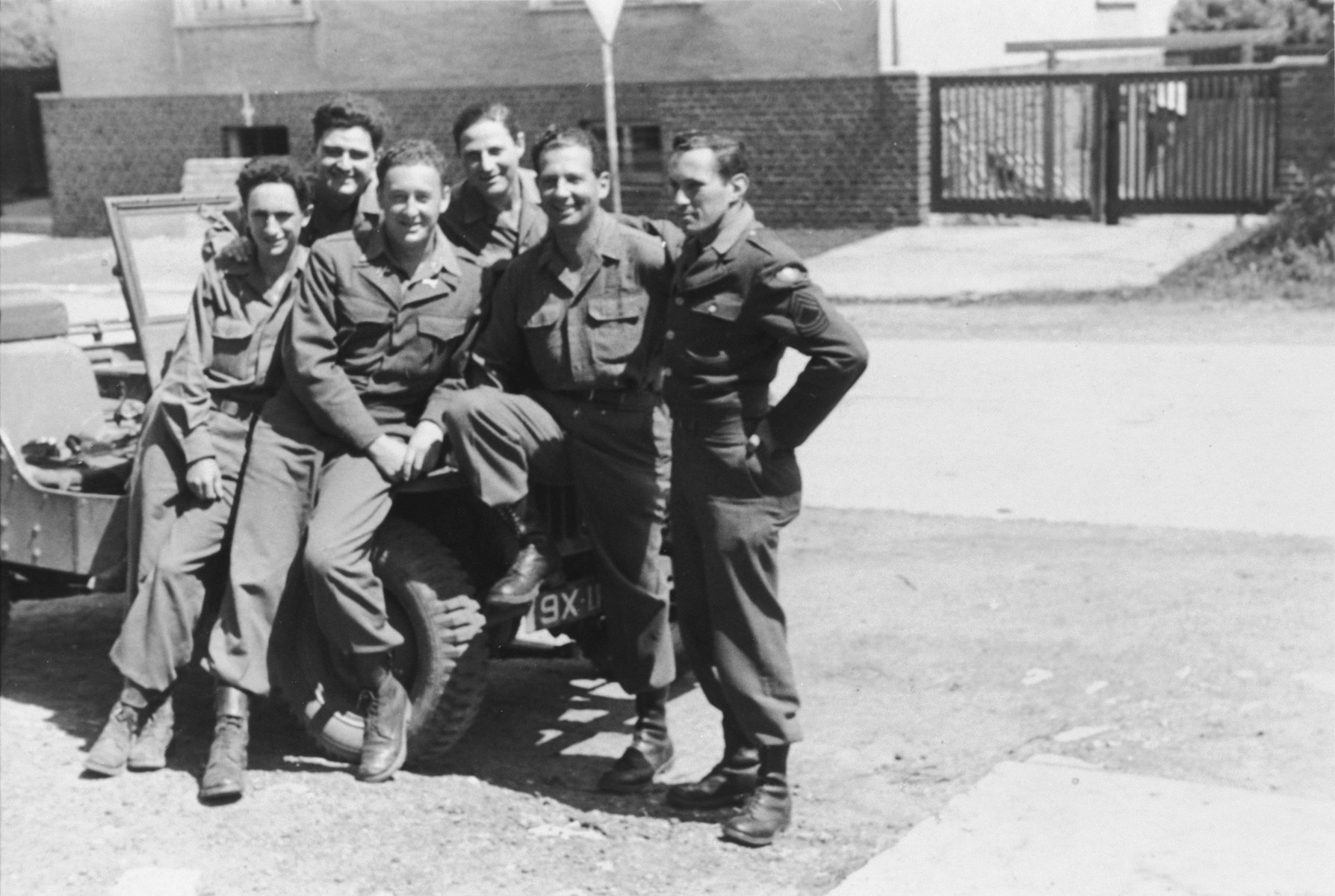 Group portrait of American soldiers, all of whom were Jewish emigres from Nazi Germany and Austria.

Among those pictured are Charles Stein (third from the left).

Biography
Charles Stein (born Karl Stein) was born on November 28, 1919 in Vienna, Austria where his father was a printer. In 1937, Charles was admitted to the University of Vienna Medical School. After the Nazi take-over of Austria on March 13, 1938, Jews no longer could study at the University, and Karl began to search for a way to leave Austria. On August 12 after bidding his parents farewell, he fled to Luxembourg where he received temporary asylum with the help of a Jewish aid organization, ESRA. He then contacted distant relatives in the United States who sent him an Affidavit of Support. Karl presented this to the nearest American Consulate which was in Antwerp, Belgium. He was told that all was in order and he would hear soon when to come and get his visa. What he did not know was that the US State Department had issued orders to stall all Jewish applicants. Soon he received a letter from Antwerp, asking that his sponsors submit "one more document." This repeated about four or five times, until war broke out in Europe in September 1939. Karl finally received his visa on October 7, 1939. He arrived in New York on December 18, 1939. Karl, now Charles, found work in the shipping department of a textile firm and worked as a waiter in a Jewish summer camp. He was drafted into the US Army on October 7, 1941, exactly two year after receiving his visa. In June 1943, he was commissioned as a Second Lieutenant in the Field Artillery, and shortly thereafter was transferred to Military Intelligence. He served in World War II in combat from Normandy to the Czech border and again during the Korean War. He then worked as an Intelligence Analyst at the Department of Defense, and in 1966 transferred to the Department of the State Foreign Service until his retirement in December 1978. In early 1946, Charles found out that his parents had been deported to the Lodz ghetto in 1941. In 1995, he finally learned that they were gassed at Chelmno on February 28, 1942.