A Dutch-Jewish mother plays with her young baby seated in a high chair. 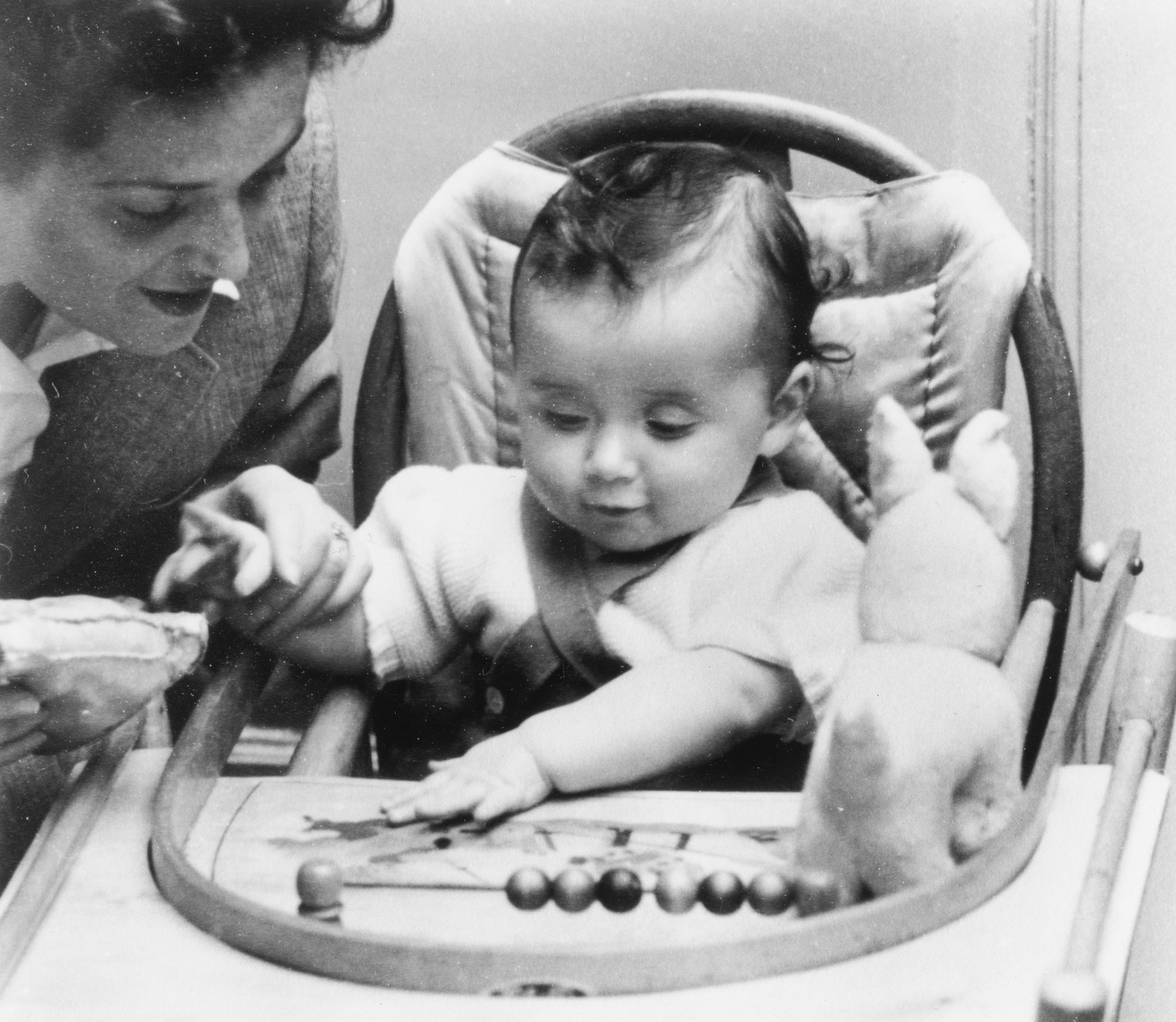 A Dutch-Jewish mother plays with her young baby seated in a high chair.

Pictured are Emmy and Robert Krell.