A large group of German and Jewish friends pose together during a costume party. 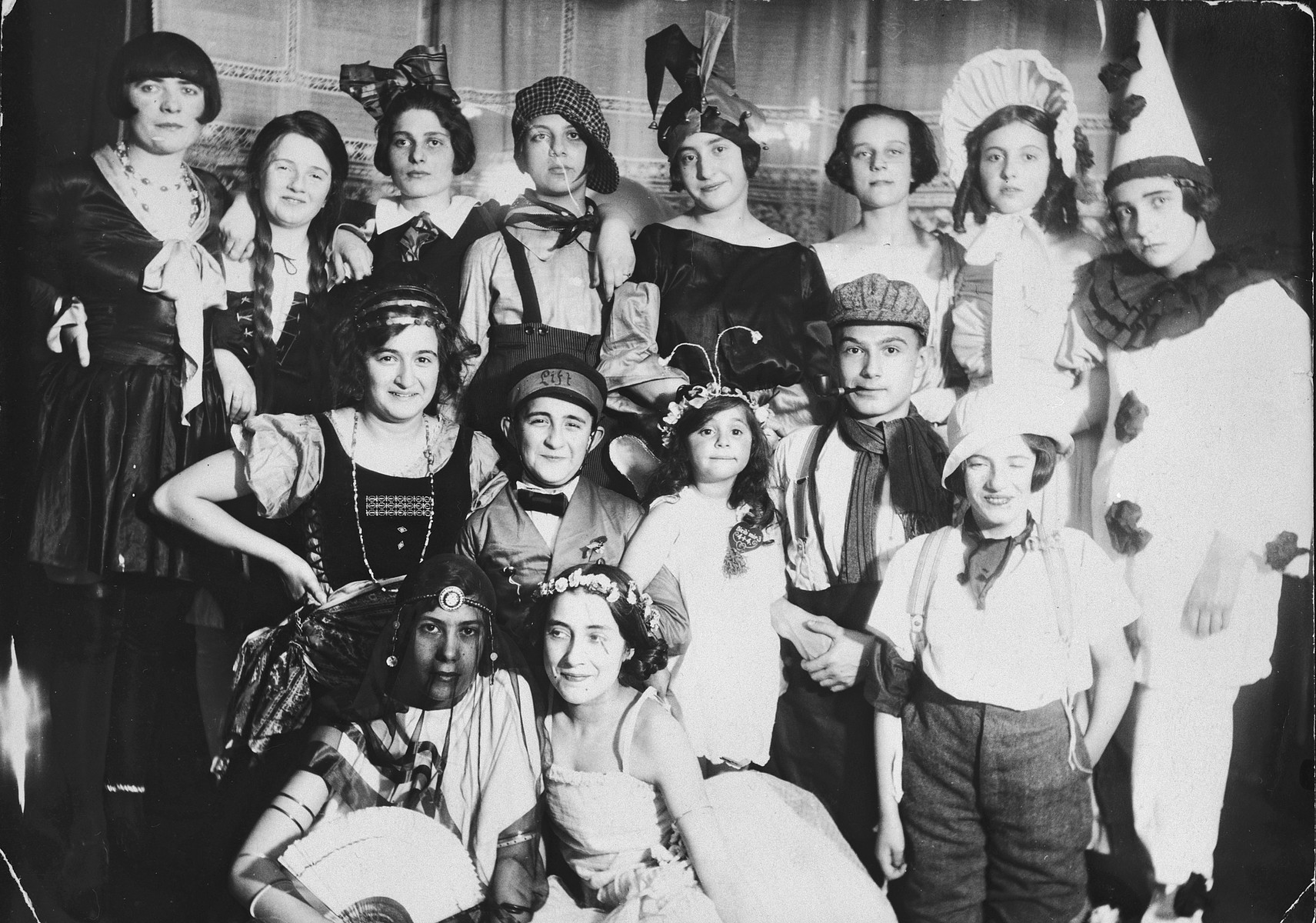 A large group of German and Jewish friends pose together during a costume party.

Pictured in the center is Irene Spicker next to her older brother Werner.