A group of friends walks arm-in-arm down a street in the Ardennes. 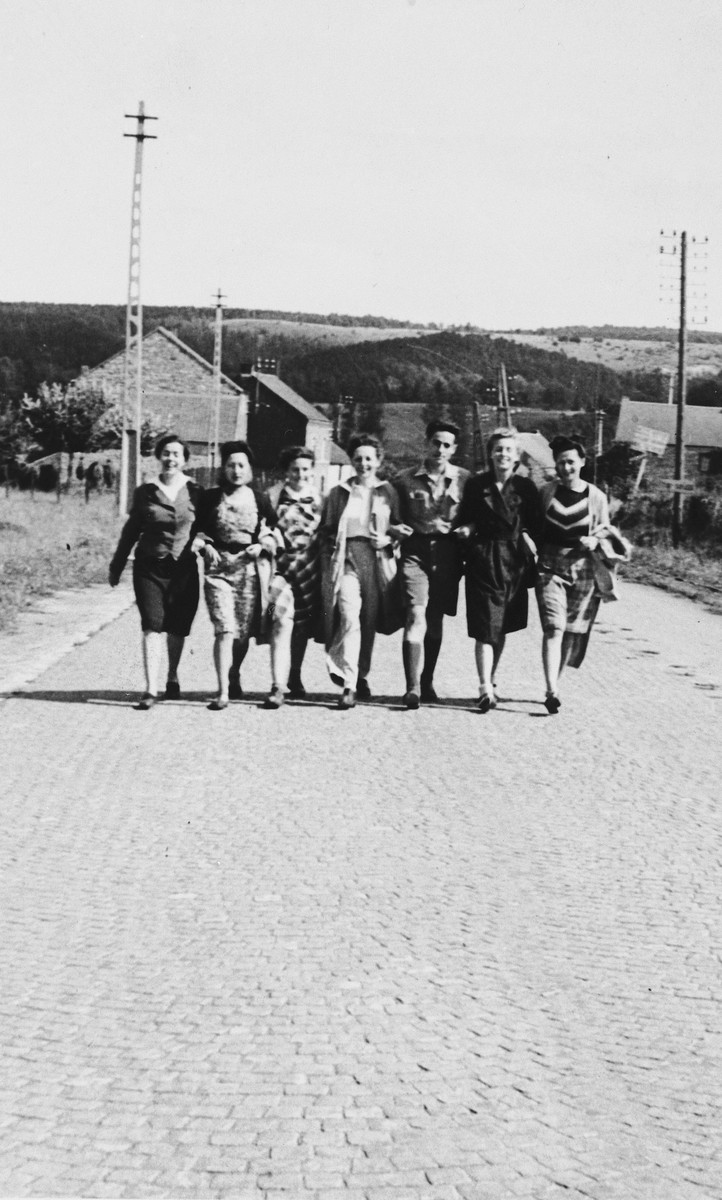 A group of friends walks arm-in-arm down a street in the Ardennes.

Included in the group is Irene Spicker (left), a German-Jewish refugee.