Sharona Gorelitz holds a chicken while posing for a photograph with her mother Pnina "Pepa" Adlerstein. 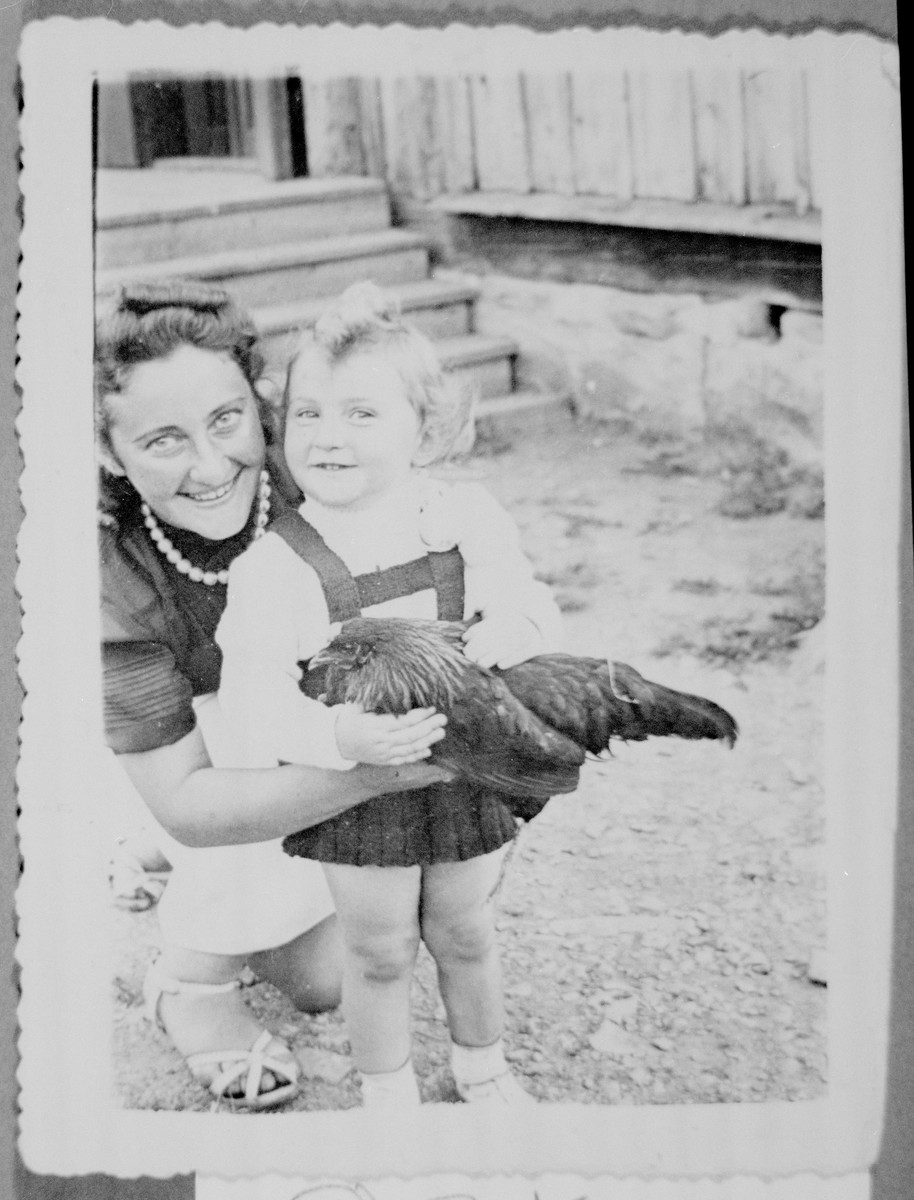 Sharona Gorelitz holds a chicken while posing for a photograph with her mother Pnina "Pepa" Adlerstein.

Biography
Sharona Komen (born Sharona Gorelitz) is the daughter of David Igra Gorelitz (b. October 30th, 1903) and Pnina (Pepa) Adlerstein Gorelitz (b. December 24th, 1908). Sharona was born on June 23, 1937 in Lvov Poland where her father managed a store named Galentena. The family was both religious and Zionist, and Sharona's father had visited Palestine three times before the war. After the Soviet occupation of Lvov, Galentena was converted into a Jewish workers cooperative. The family did not suffer excessively under the Soviet rule since they became friendly with a Russian Jewish family named Litman who protected them. However in June 1941, German troops entered Lvov. Sharona's parents considered either fleeing to Russia with the Litmans or escaping to Romania in the hope of fleeing to Palestine. However given Sharona's young age, they decided to remain in Lvov. Soon after a major pogrom broke out in the city. The Gorelitz family hid in the bathroom behind a closet. However, a Ukrainian assaulted and ripped an earring from Pepa. After she fainted and fell, he left. Sharona's father hid for a few months and then organized a textile factory that employed other Jews, Workers at the factory received a work permit that exempted them from ghettoization. During the days Sharona hid in a crate in the factory covered by fabric. At home, after the work-day, she hid under the bed covers to avoid detection. One day, her grandmother was discovered by the Germans after lighting candles and was dragged away. The Gorelitz family received papers that claimed that they would be exchanged for Templars in Palestine. All the Jews who received these papers were gathered together in a quarter of the city under the guard of the Gestapo. After three months they were sent to Bergen-Belsen on July 5th 1943. Sharona's family remained in Bergen-Belsen for 21 months. One week before liberation they were marched out of camp. Sharona carried three books with her, a Passover Haggadah, the Song of Songs and a Hebrew primer. After two days, the German captain in charge threatened to throw them into the Elbe. However after Allies began bombing them nearby, he told them to say how he had "saved" them. The prisoners were liberated on April 13th, 1945. The first American Sharona met was a Jewish solder named Abraham Cohen. She later married a fellow survivor, Itzhak Komen.