Leopolda Kuropieska poses with three boys during the war. 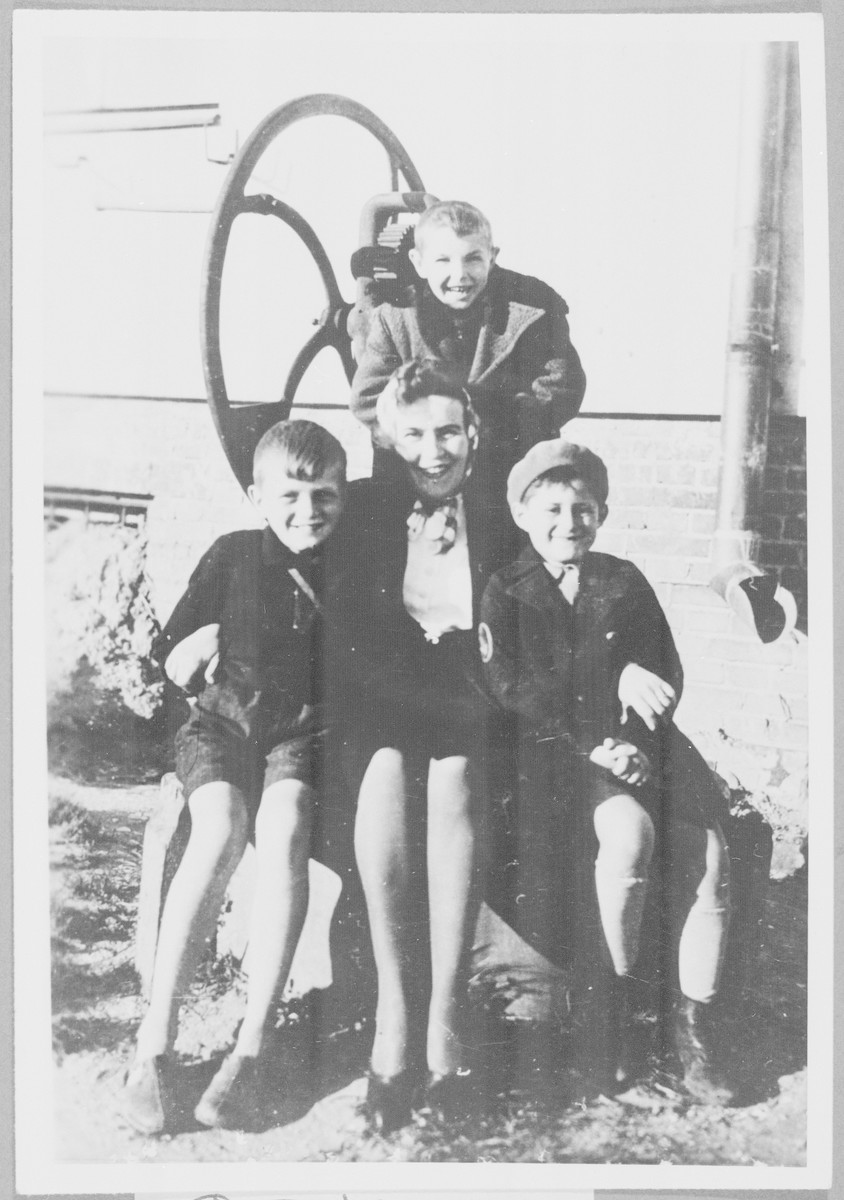 Leopolda Kuropieska poses with three boys during the war.

Her son is on the left, and Itzhack ois on the right wearing a hat.

Biography
Itzhack Komen (b. Ignacy Tlakovitz) is the son of Moshe Tlakovitz and Czeslawa nee Jirecki. Itzhack was born on January 15, 1935, in Kalisz, Poland where his father was a textile manufacturer. The factory had been founded by Moshe's father and fabricated lace and curtains. In 1933, Moshe's father moved to Palestine with his two unmarried daughters. He left his two sons, two daughters and their husbands in charge. Moshe was deaf, but he had studied at a deaf school in Austria and could read lips and speak German and Polish. Itzhack's mother worked in her parents' household goods store before the war. Itzhack had a younger brother Josef who was born in 1937. When the Germans invaded Poland in 1939, most of the family fled to Warsaw. (One of Moshe's brothers-in law left for Russia and disappeared; the other went into the army and was taken prisoner.) Czeslawa and the boys went to nearby Otwock, and Moshe returned to Kalisz. Moshe gave his textile factory to the Germans and he stayed on as the factory manager. In 1941, the Gestapo suspected Moshe of smuggling gold to Jews. He was afraid of being arrested so he left the factory and joined his wife and children in Otwock. They all took a train to Sandomiercz where they lived in a rented apartment. The city was eventually converted into a ghetto. Itzhack's aunt and uncle arrived in the ghetto, but his uncle was shot and killed. His aunt then moved in with Itzhack's family. The family escaped the ghetto and went to Krakow. Itzhack's bother and mother lived in one apartment, and he and his aunt lived elsewhere. His father went to Warsaw to try to find work. A Polish neighbor soon suspected them of being Jewish so Yitzchak and his aunt fled to Warsaw to be with Moshe. They decided it was too dangerous for three Jews to live together so Itzhack was sent to live with a Polish woman, Leopolda Kuropieska whose husband had been away by the Germans. She realized he was Jewish, but she kept him in exchange for rent. When some of local children started calling him a Jew, she kept him inside the apartment. Itzhack hid inside a cupboard anytime someone knocked on the door. Mrs. Kuropieska's husband was in the same labor camp as Itzhack's uncle. At times blackmailers and even the police came to the house three times accusing her of hiding Jews but Mrs. Kuropieska kept Izhack safe and also hid other children as well. However, it was decided that after so many close calls, Itzhack should leave the house. He went to live with his father in Warsaw, and his mother joined them at the end of July 1944. After the suppression of the August Warsaw uprising, the Germans then took the family to a waiting camp. Itzhack's mother, aunt, and cousin were sent to Stutthof. His uncle was sent to Auschwitz. Itzhack and his family along with a Polish woman and her baby were taken to a village to take care of themselves. Itzhack's father found work and visited him on weekends. In January 1945, the Russians liberated Warsaw. Itzhack was sent to a labor camp with two of Mrs. Kuropieska's kids. He reunited with his brother aft the war and later moved to Israel and married Sharon Gorelitz. In 1967 Yad Vashem recognized her as one of the Righteous Among the Nations.