A Jewish refugee braids rope in her apartment in Switzerland. 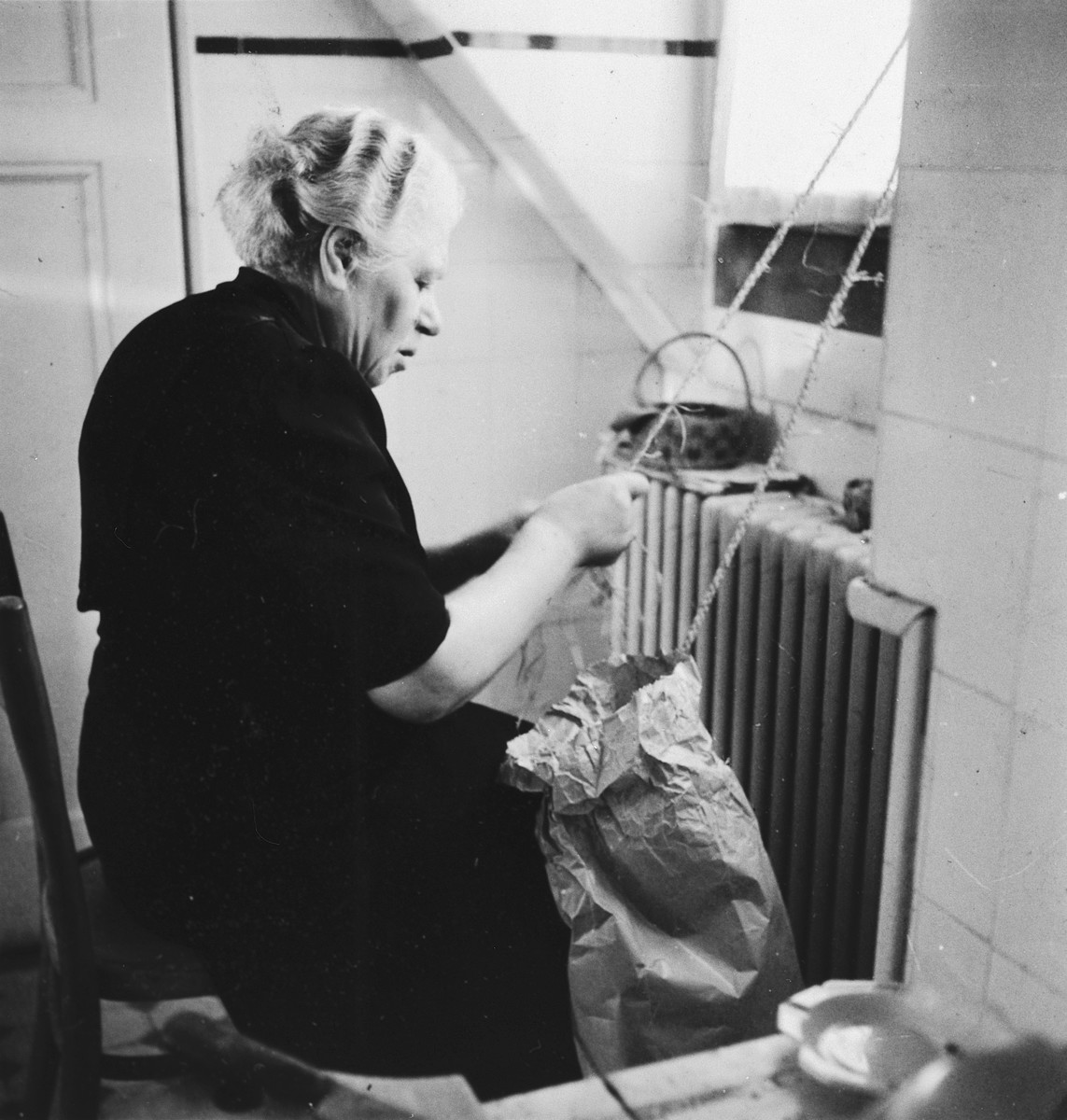 A Jewish refugee braids rope in her apartment in Switzerland.

Pictured is Renate Hirsch, the grandmother of the donor.