Members of Maccabi Hatzair meet next to a flag, wearing uniforms. 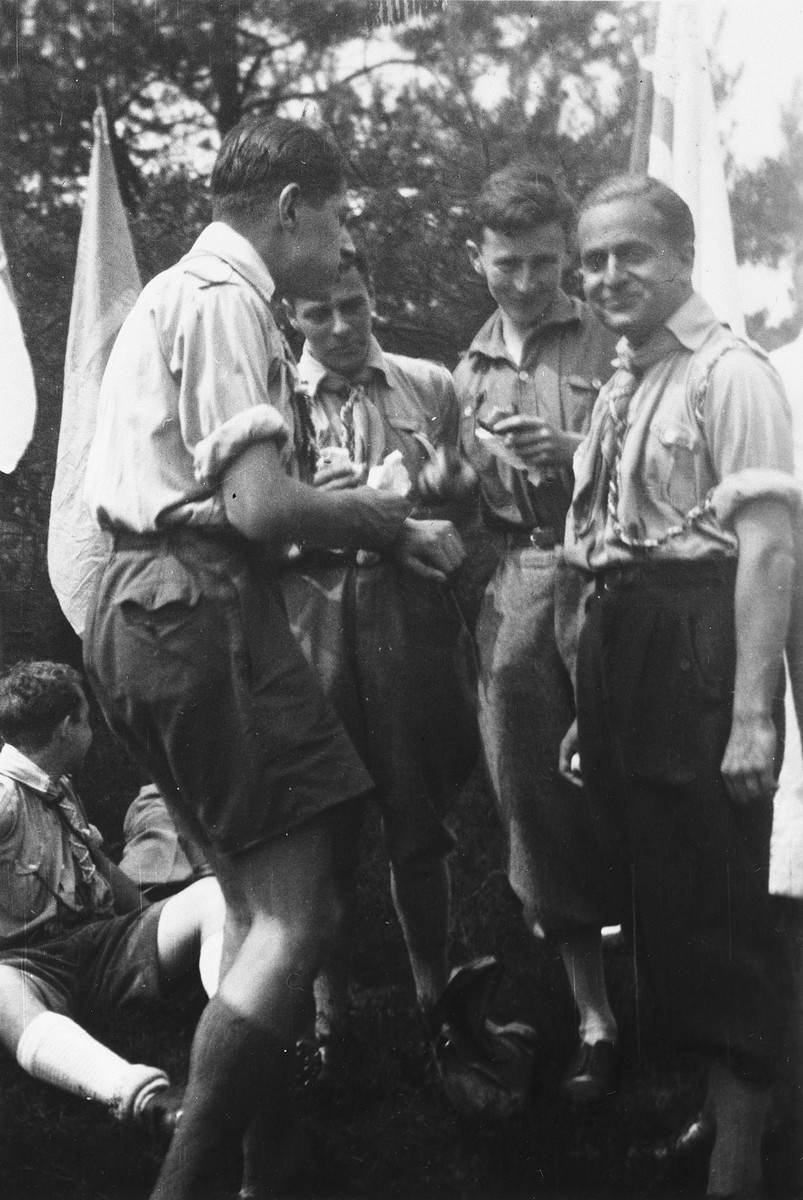 Members of Maccabi Hatzair meet next to a flag, wearing uniforms.

Among those pictured are Erich Zielenziger (left) and Ernst Calvary (right). Ernst Calvary was the leader of the group and immigrated to Argentina.