A twelve-year-old Jewish girl plays with her rescuer's family in their yard. 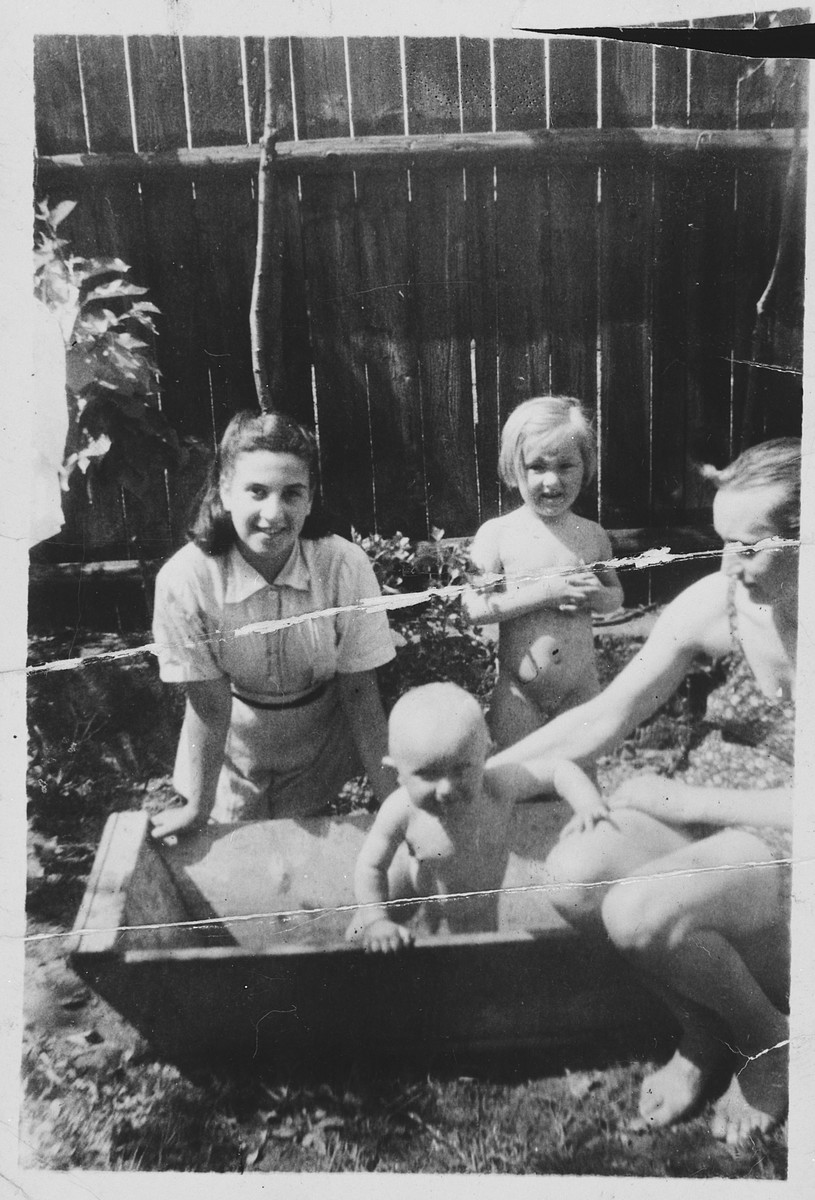 A twelve-year-old Jewish girl plays with her rescuer's family in their yard.

Pictured is Hetty Fisch and Anna Majercik and her two children.