An extended Jewish family poses in front of a store plastered with posters in Berlin. 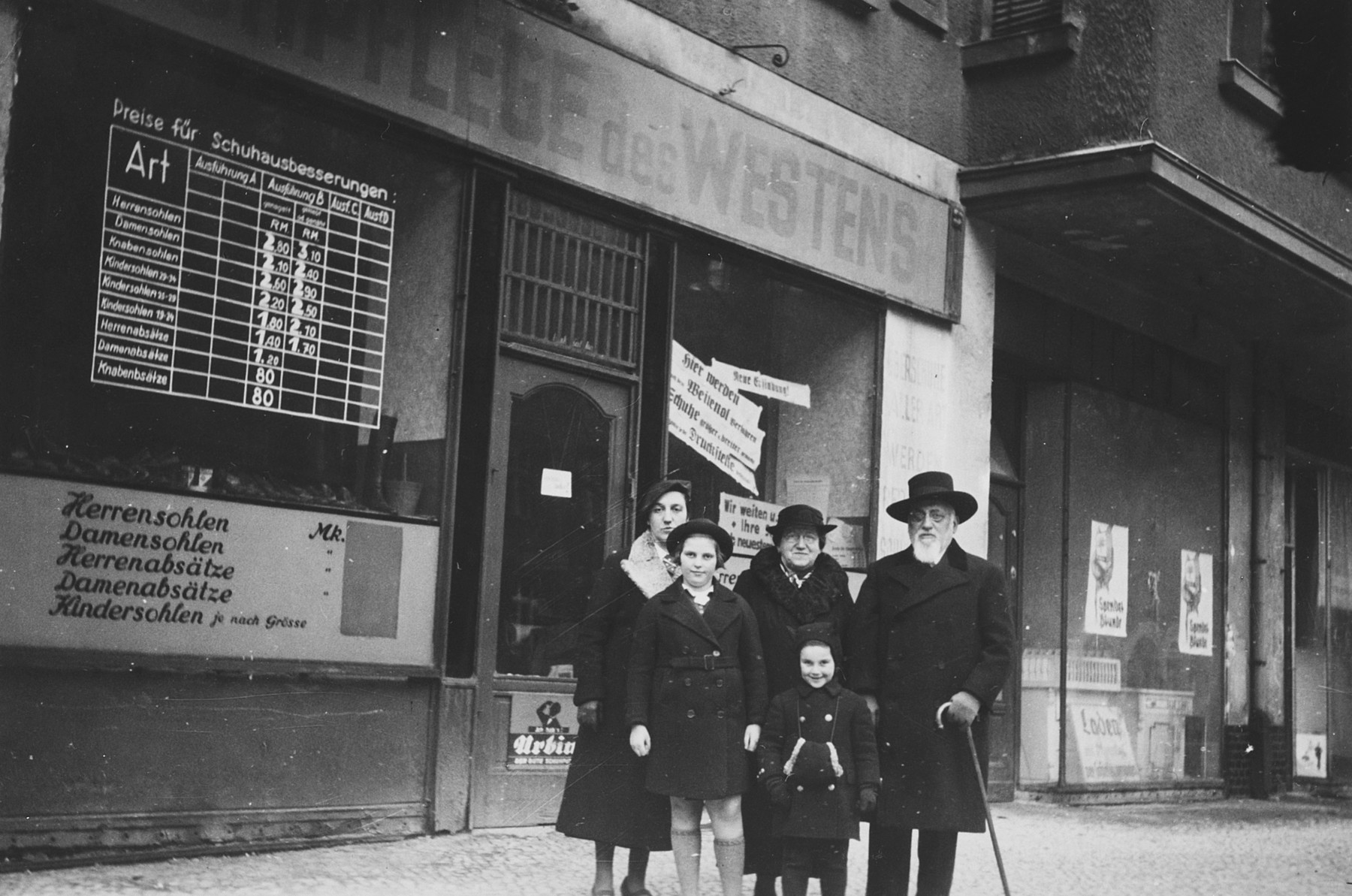 An extended Jewish family poses in front of a store plastered with posters in Berlin.

Pictured are Hetty Fisch, her grandparents and cousins.