Four young people, one of whom is wearing an armband, pose together in the Krakow ghetto. 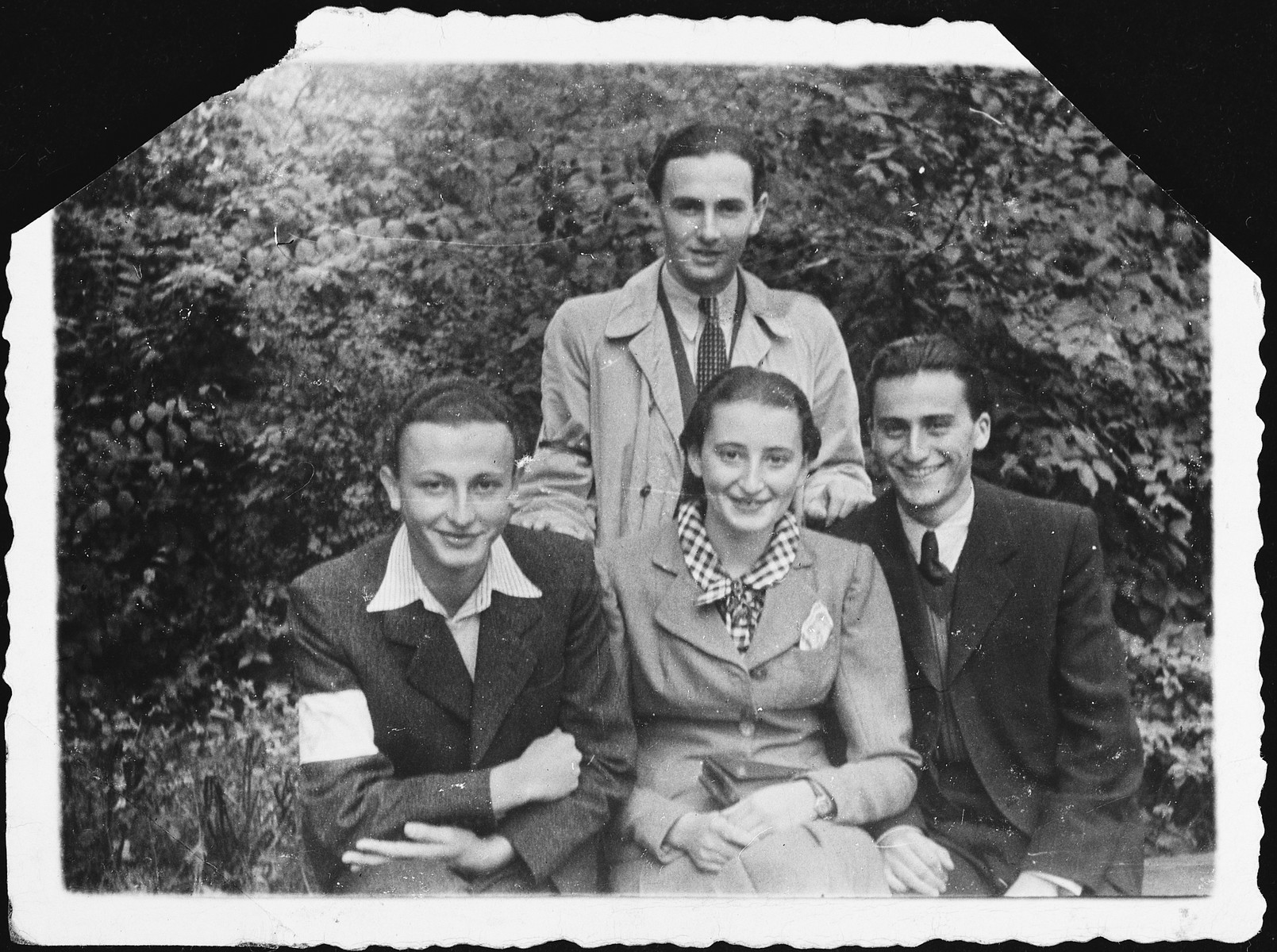 Four young people, one of whom is wearing an armband, pose together in the Krakow ghetto.

Biography
David Werdiger (born Manek Springut-Werdinger) was born in Krakow, Poland on March 11, 1922. He was the youngest of three children. His older brother, Henryk, was born on September 3, 1914 and his sister, Teresa, was born in 1917. In March 1941 his family was forced to move into the ghetto. His brother married while in the ghetto. His parents were deported to their death in Belzec in October 1942. When the ghetto was liquidated in March 1943, Manek was sent to the Plaszow concentration camp with his brother and sister. There, on September 14, 1943, his brother was killed by the SS. (His sister later died of typhus at Bergen-Belsen in March 1945.) Manek remained in Plaszow until August 1944 when he was transferred to Mauthausen. At first he was put to work in the quarry, but after he claimed to be a mechanic, he was transferred to St. Valentin in Upper Austria. There he worked in an armaments factory building the German "Tiger" tanks. When Manek was injured during an Allied bombing raid, he was moved back to Mauthausen. During the last weeks of the war he was sent on a forced march to the sub-camp of Gunskirchen, where he was liberated in May 1945. After recuperating in an army hospital, Manek went to the DP camp in Hart where he met his wife, Ilona Mandel. They married in 1948 and immigrated to the United States the following year.