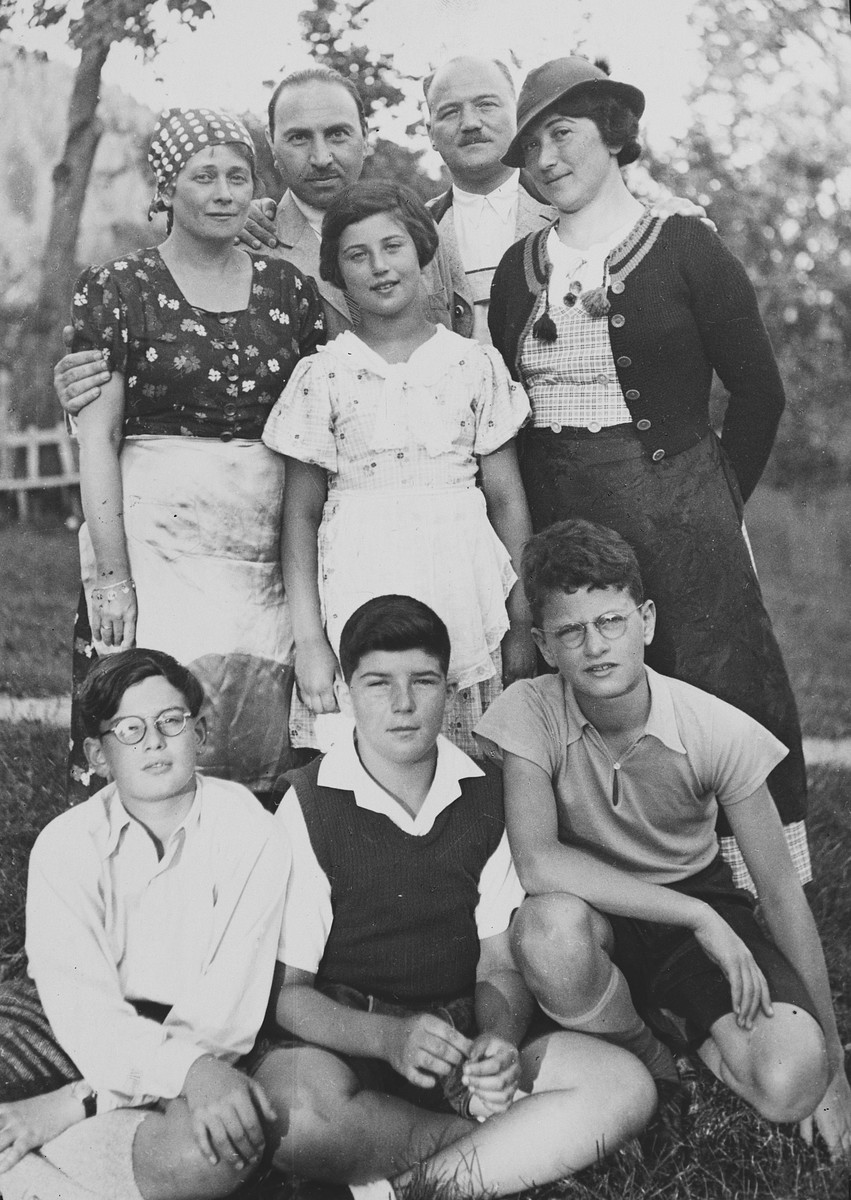 Pictured sitting in the center is Herbert Popper. Standing right to left are Olga, Julius and Susi Popper.