Two Austrian-Jewish siblings stand next to a chain-link fence. 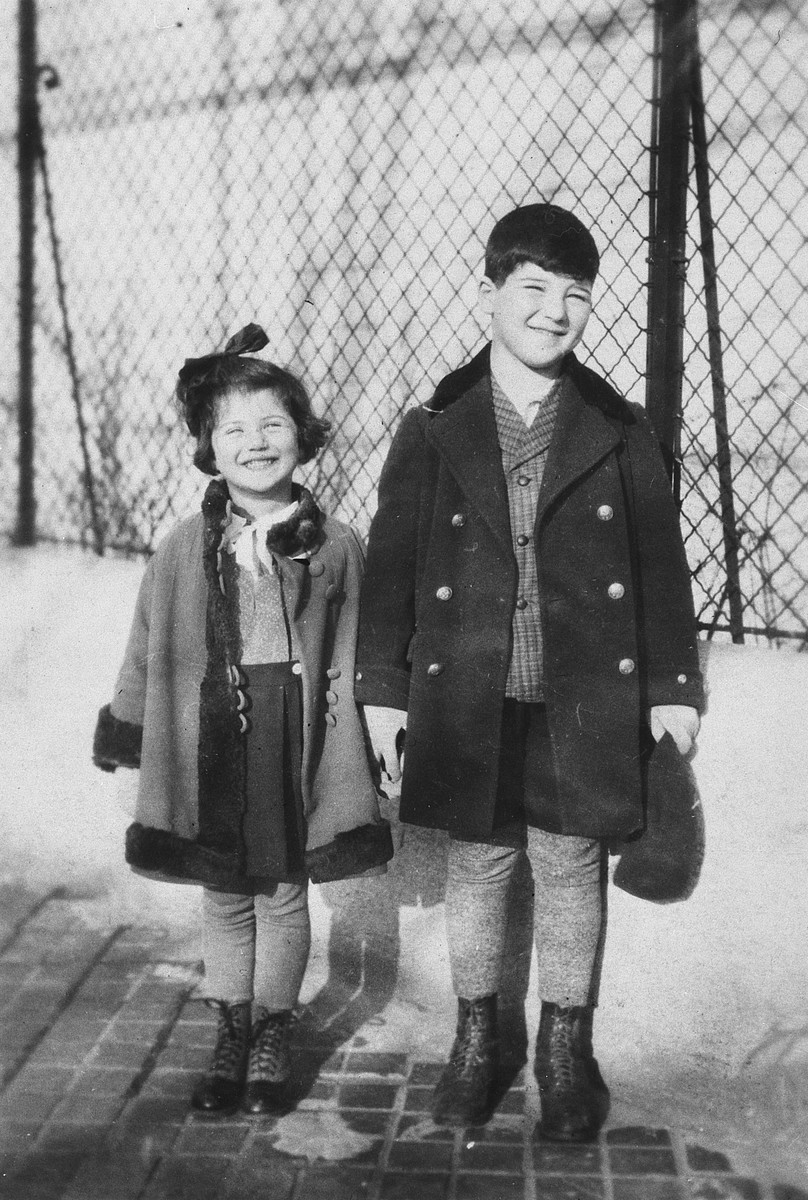 Two Austrian-Jewish siblings stand next to a chain-link fence.

Pictured from left to right are Susi and Herbert Popper.