An Austrian-Jewish gentleman poses with his sister's children while visiting them in their home in Zalaegerszeg, Hungary. 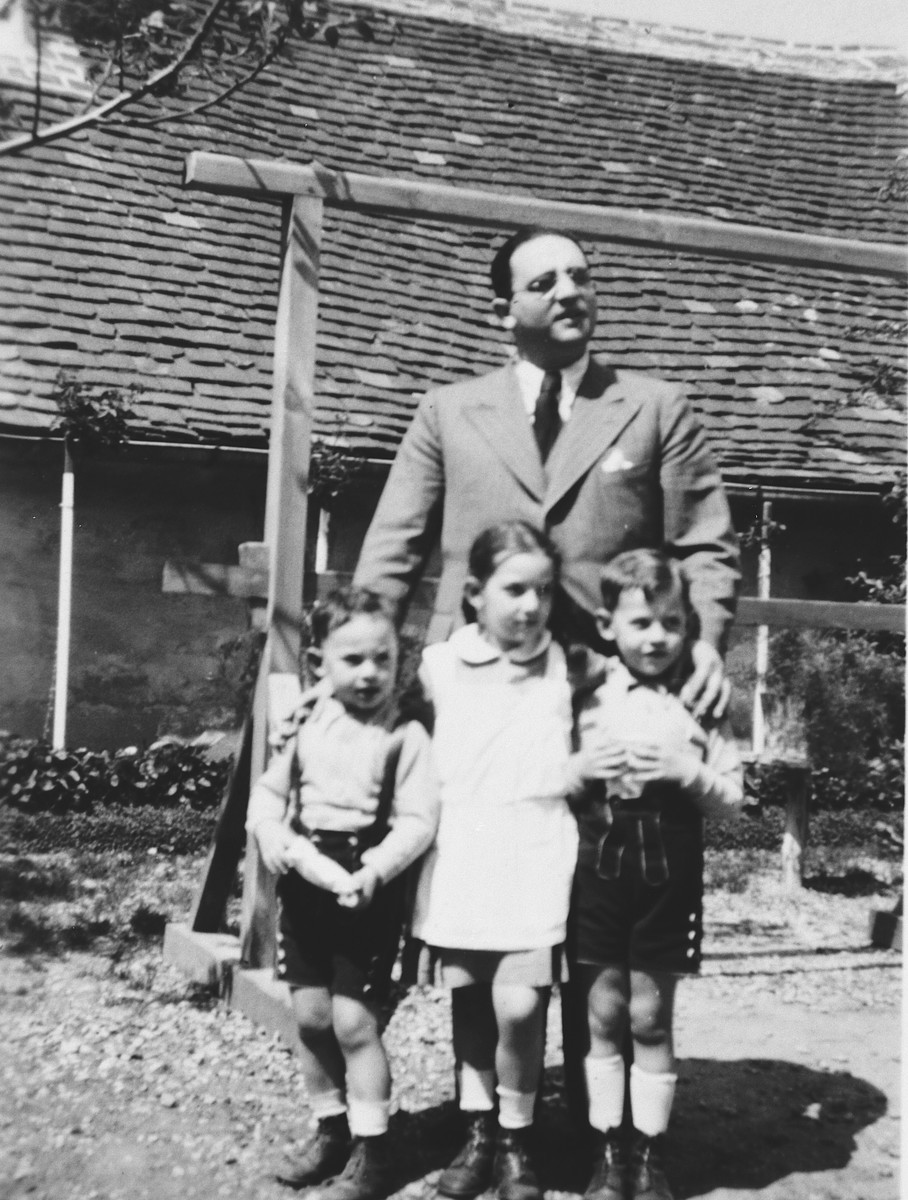 An Austrian-Jewish gentleman poses with his sister's children while visiting them in their home in Zalaegerszeg, Hungary.

Pictured are Wilhelm Basser and three of the children of Fella and Lajos Schoenfeld.