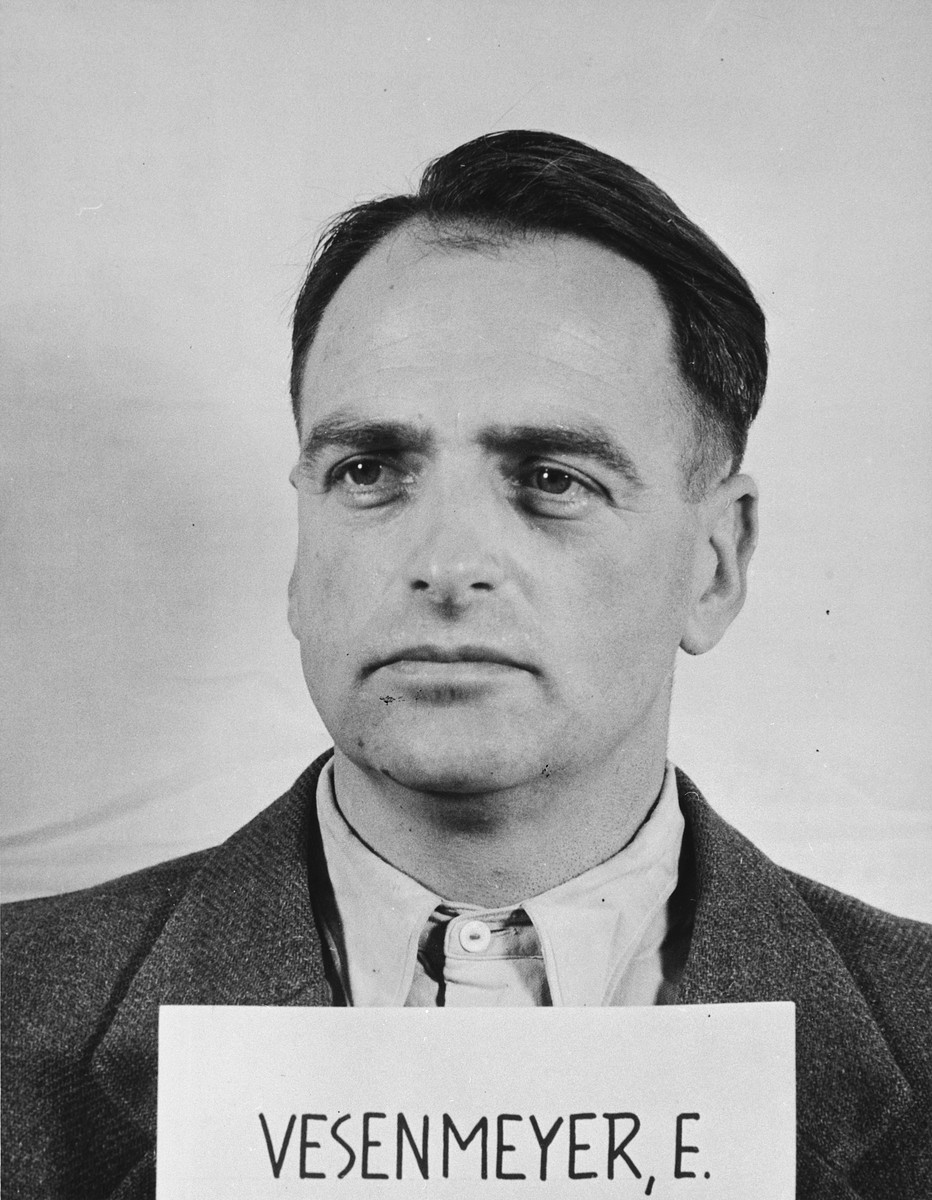 Biography
Edmund Veesenmeyer was born in Bad Kissingen on November 12, 1904 and, after specializing in economics, became a Dozent at the Munich Technical College and the Berlin School of Economy. He joined the NSDAP in 1925. After a brief stint in the SS, he was able (through connections in several business circles) to enter the diplomatic service in 1932, where he served as Wilhelm Keppler's protégé in the German Foreign Office. In the spring of 1941, Veesenmeyer was attached to the office in Zagreb, where he promoted and oversaw the deportation of Serbian Jews, later sending detailed reports to von Ribbentrop denouncing Slovakia and Hungary's lax efforts to deport their Jewish populations. His efforts were rewarded when, on March 15, 1944, he was promoted to SS-Brigadeführer and sent to Hungary as Reich Plenipotentiary. Though still responsible to the German Office and to von Ribbentrop, Veesenmeyer reported mainly to Ernst Kaltenbrunner about his endeavors to secure Hungary's more exact cooperation with the German police in deporting and liquidating the nation's Jews. Interestingly, he also provided diplomatic cover to Adolf Eichmann's commando operations. He was sentenced to twenty years imprisonment for war crimes at Trial 11 of the Ministries Case of the International Military Tribunal at Nuremberg on April 2, 1949. He was later given amnesty and released from Landsberg Prison in December 1951 by US High Commissioner John J. McCloy.