The defendants of the Ministries Trial sit in the dock. 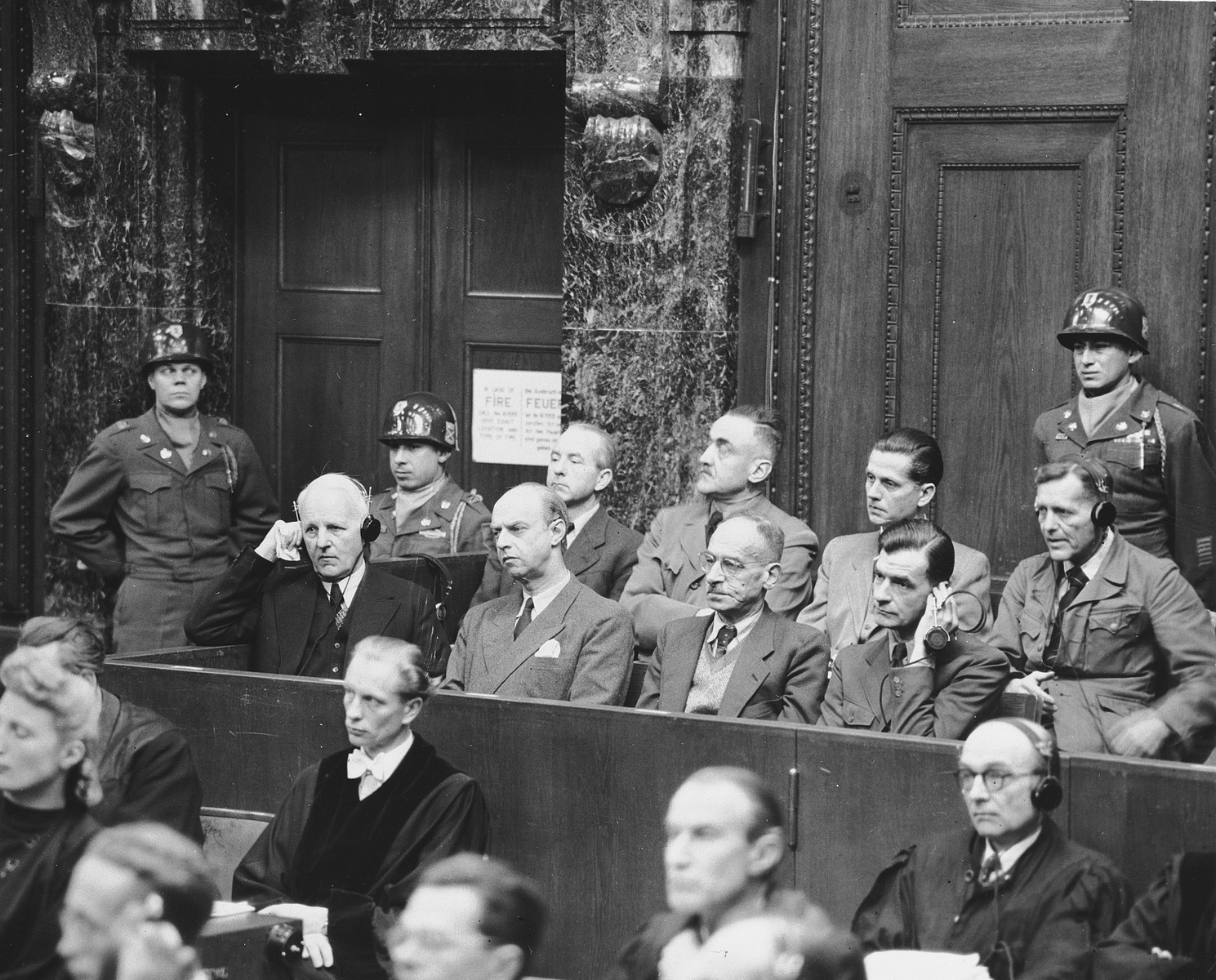 The defendants of the Ministries Trial sit in the dock.

https://www.ushmm.org/wlc/en/article.php?ModuleId=10007070.
Biography
Ernest Freiherr von Weizsaecker (1882-1951) was a Foreign Office diplomat who served as State Secretary for the Nazis and Ambassador to the Vatican. Weizsaecker was born on May 12, 1882 in Stuttgart and served as an officer in the navy during World War I. His tenure in the Foreign Office began in 1920 as he served as Counsel in Basel (1922), embassy Councilor in Copenhagen (1922), Minister in Oslo (1931-1933), and Minister to Switzerland (1933-1936). As Ministerial Director in 1937 he then became Chief State Secretary in the Foreign Office in Berlin until 1943. Von Weizsaecker's political career continued as he became the German Ambassador to the Vatican. Arrested and charged as a war criminal, von Weizsaecker was sentenced to five years imprisonment in 1949. He published his "self-justificatory" memoirs in 1950 entitled 'Erinnerungen.' Claiming to be a Nazi resister, he could not explain his honorary SS rank or the incriminating documents containing his signature. Von Weizsaecker died in August of 1951 in Lundau am Bodensee soon after his general amnesty release.