Visitors play tennis in a resort in Teichmannbaude. 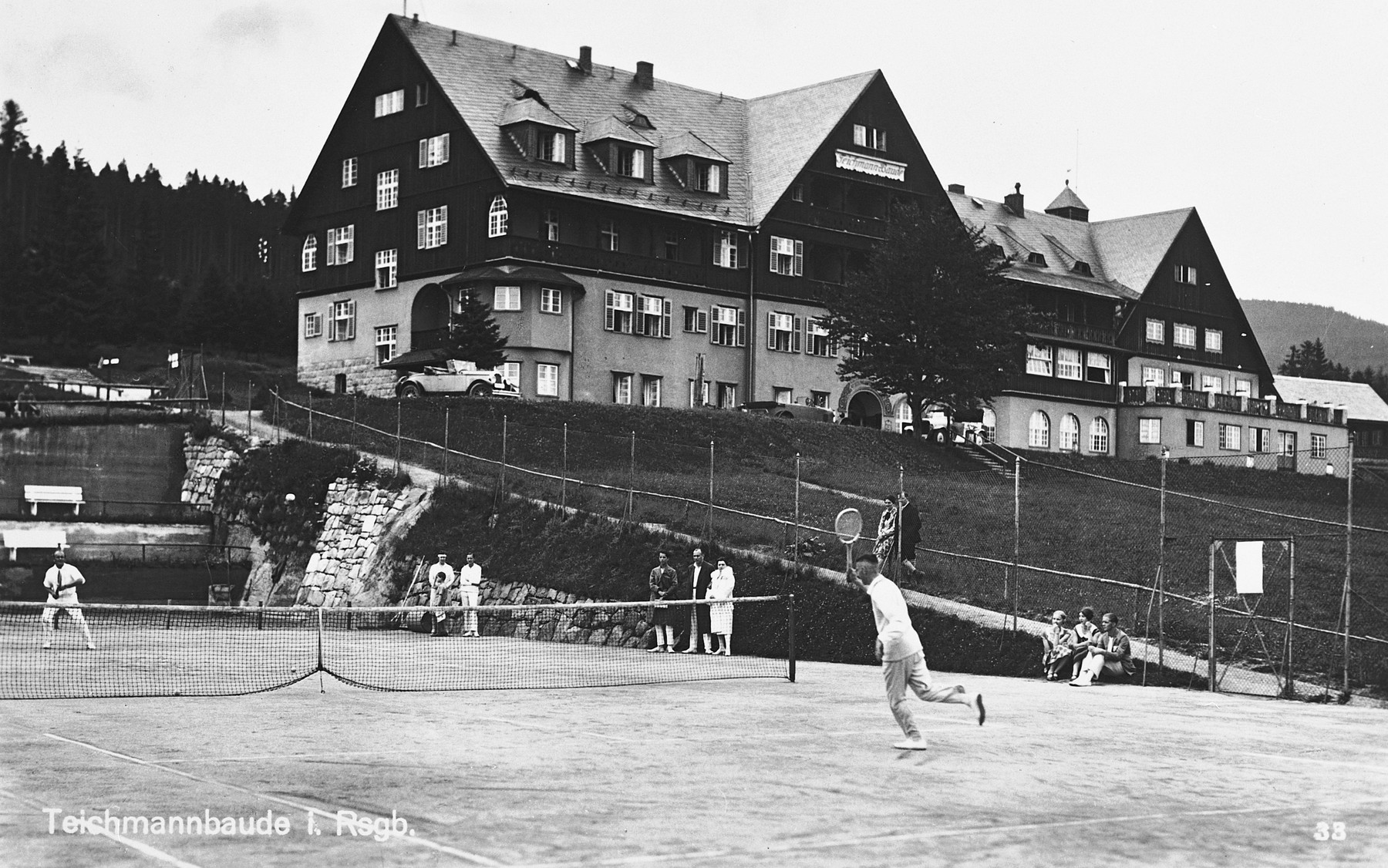 Visitors play tennis in a resort in Teichmannbaude.

Hildegard Wolff is sitting in the background on the left side between two other people. The caption reads "Summer holidays 1928."