Halinka Liebeskind, a teenage survivor from Poland, plays a guitar in the Selvino children's home. 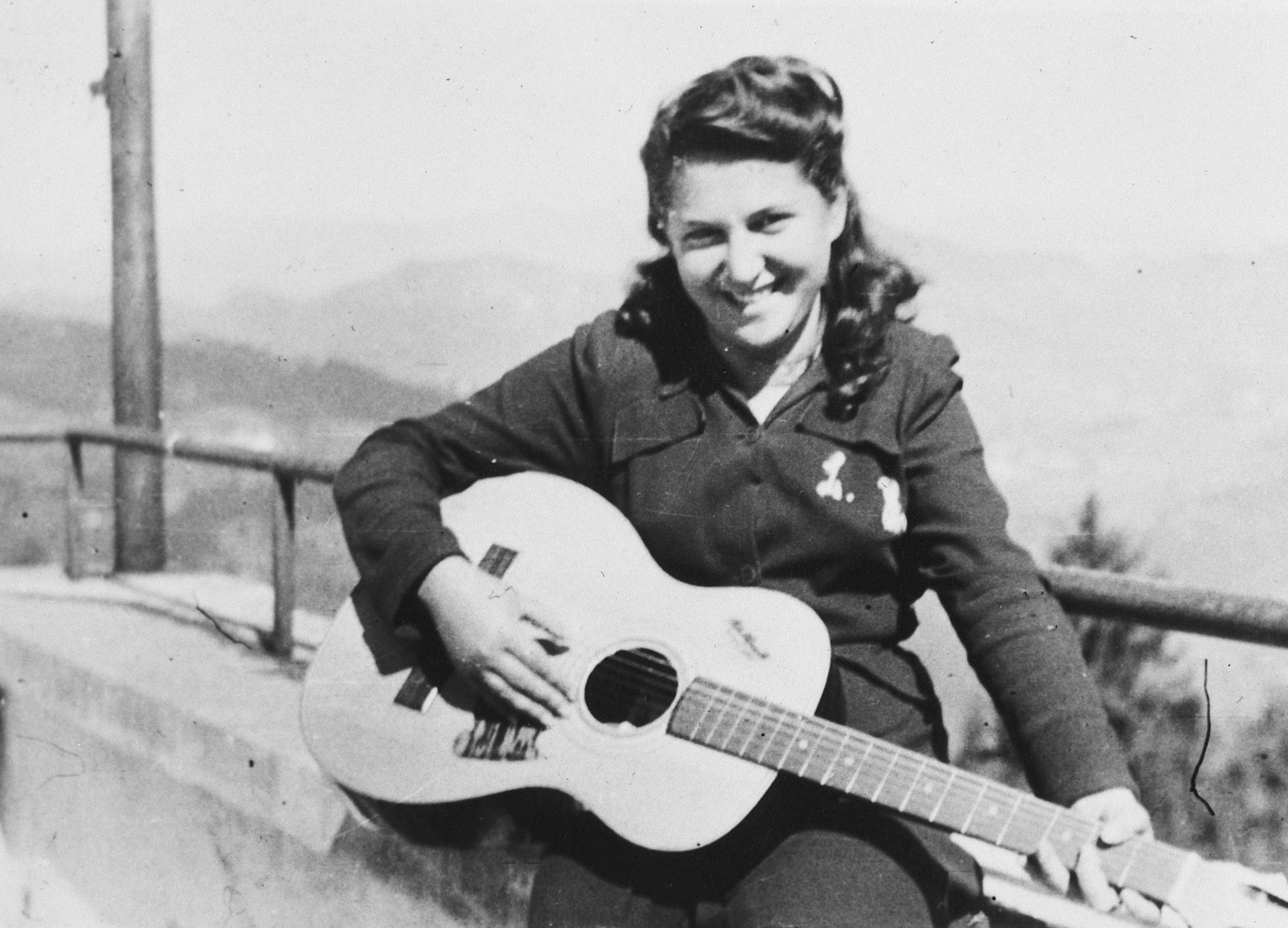 Halinka Liebeskind, a teenage survivor from Poland, plays a guitar in the Selvino children's home.

Biography
Simon (Si) Frumkin is the son of Nicholas Frumkin and Tzila Oster Frumkin. He was born in Kaunas, Lithuania in 1930 where his father sold automobiles and motorcycles. In June 1941 the Germans launched a surprise invasion of Lithuania, and two months later they ordered all of Kovno's Jews into a ghetto in the neighboring Slobodka. During the first months of the ghetto, the Germans conducted several Aktions, murdering approximately one third of the population. The Frumkin family managed to survive these initial terrors and remained in the ghetto for the next three years. Nicholas operated a storeroom used for sorting belongings for the German army, while Tzila worked outside the ghetto as a cleaning woman for the Germans. This gave her an opportunity to smuggle much-needed food into the ghetto. Since at first there were no schools in the ghetto, Simon spent most of his time playing with friends. Later on, after the establishment of vocational schools, he studied locksmithing. In March 1944, the Germans conducted a round-up of children and the elderly in the so-called "Children's Aktion." Simon and his two cousins survived the day hidden in their attic, while police searched the rest of the apartment. Then in late July, the Germans decided to liquidate the ghetto and deport the inhabitants to concentration camps in the west. Simon and his parents boarded a train that first stopped in Stutthof. The Germans ordered all women and children to get out. Simon initially went with his mother, but then had a change of heart and decided to remain with his father. This decision ended up saving the lives of both Simon and his mother, since the Germans immediately killed all women accompanied by children. Simon and his father were sent to Kaufering, a sub-camp of Dachau. Unfortunately, Nicholas Frumkin passed away just twenty days before the camp's liberation by the American army. Simon was liberated in late April 1945 at the age of 14. Afterwards, he traveled to Italy together with members of the Jewish Brigade. After first spending time at an army camp in Modena, he went to a farm in Magenta where he enjoyed freedom and camaraderie. Subsequently, Simon and the other children were sent to children's homes first in Piazza Torre and then in Selvino. Many years later, Simon learned that the Hagannah was using the Magenta farm as a base to smuggle arms to the fledgling Israeli army, and they wanted the children out of harm's way. While in Selvino, Simon learned that his mother had survived. She married Benjamin Waisapel, a survivor from Warsaw and later moved to South America. Simon went to Switzerland to attend the Ecole D'Humanite and then to England to continue his education. Finally, after spending a year in Venezuela, he moved to the United States and was admitted to New York University, graduating in 1953. Simon Frumkin moved to California and became the president of a textile firm. In 1968 he founded the Southern California Council for Soviet Jews and went on to serve as the president of the Union of Councils for Soviet Jews.