Passport issued to Kurt Moses in France prior to his voyage to the United States on board the Mouzinho. 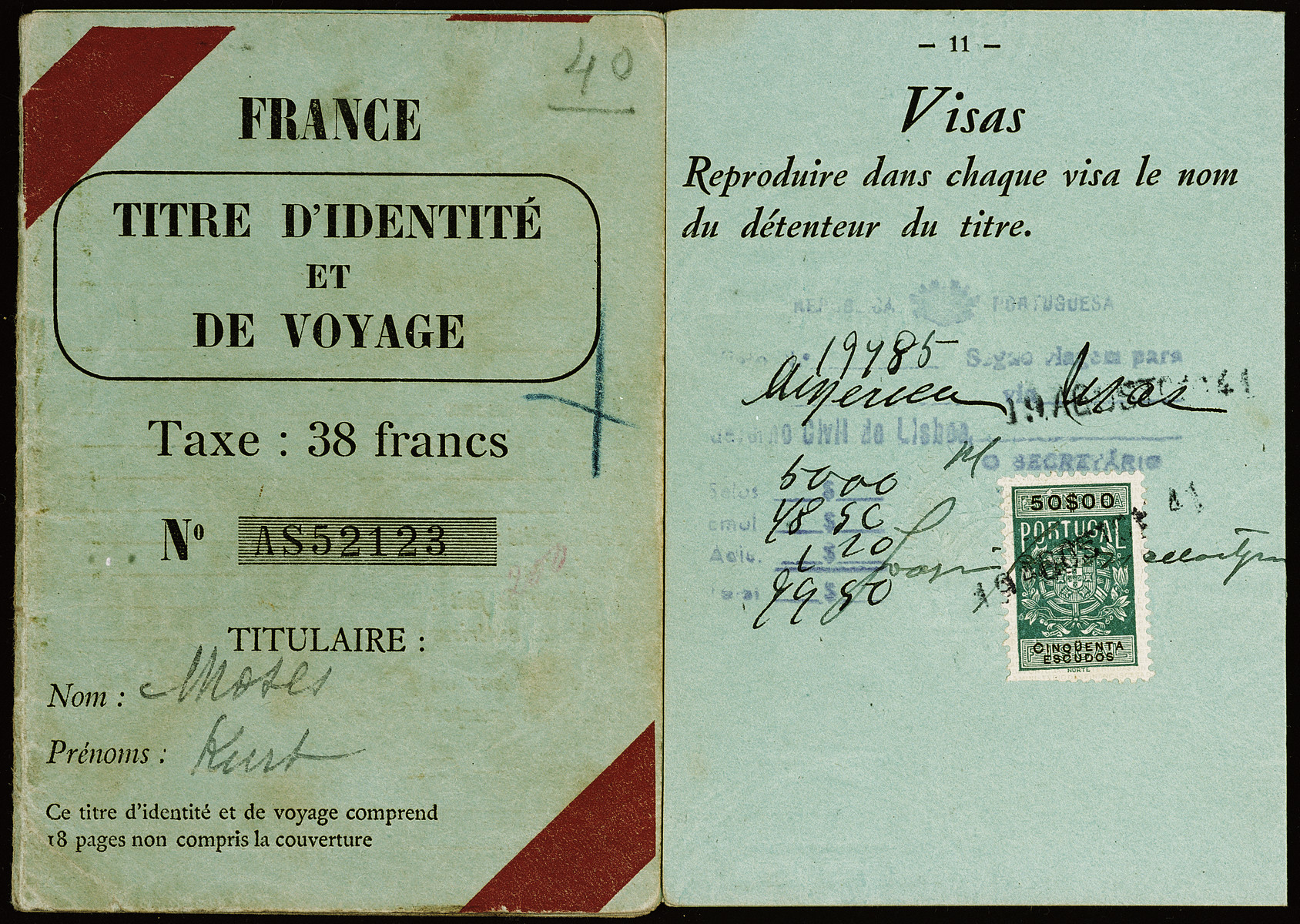 Passport issued to Kurt Moses in France prior to his voyage to the United States on board the Mouzinho.

https://www.ushmm.org/wlc/en/article.php?ModuleId=10005519.
Biography
Kurt Moses is the son of Bruno Moses (b. 1885) and Herta Lowenstein Moses (b. 1900). Kurt was born on February 5, 1928 in Tuetz, Germany in Pomerania. His younger brother was born the following year on July 29, 1929. In March 1939 the two boys went on a Kindertransport to France and went to the Rothschild mansion, Chateau de la Guette. After the German invasion of France, Chateau de la Guette was evacuated and the children sent to La Bourboule in the Massif Central region. In 1941 Kurt and Werner were sent on another children's transport, this time to the United States under the sponsorship of the American Friends Service Committee. They traveled to Lisbon, Portugal and on August 13, 1941 they sailed to the United States on board the Mouzinho. For a brief period, they were able to maintain contact with their parents, who had moved to Berlin. However this soon stopped. To the best of the donor's knowledge, Moses and Herta Moses perished in the Lodz ghetto in May 1942.