Teenagers, holding their diplomas, pose together with Mordechai Chaim Rumkowski (seated in the middle front) during their high school graduation excercise. 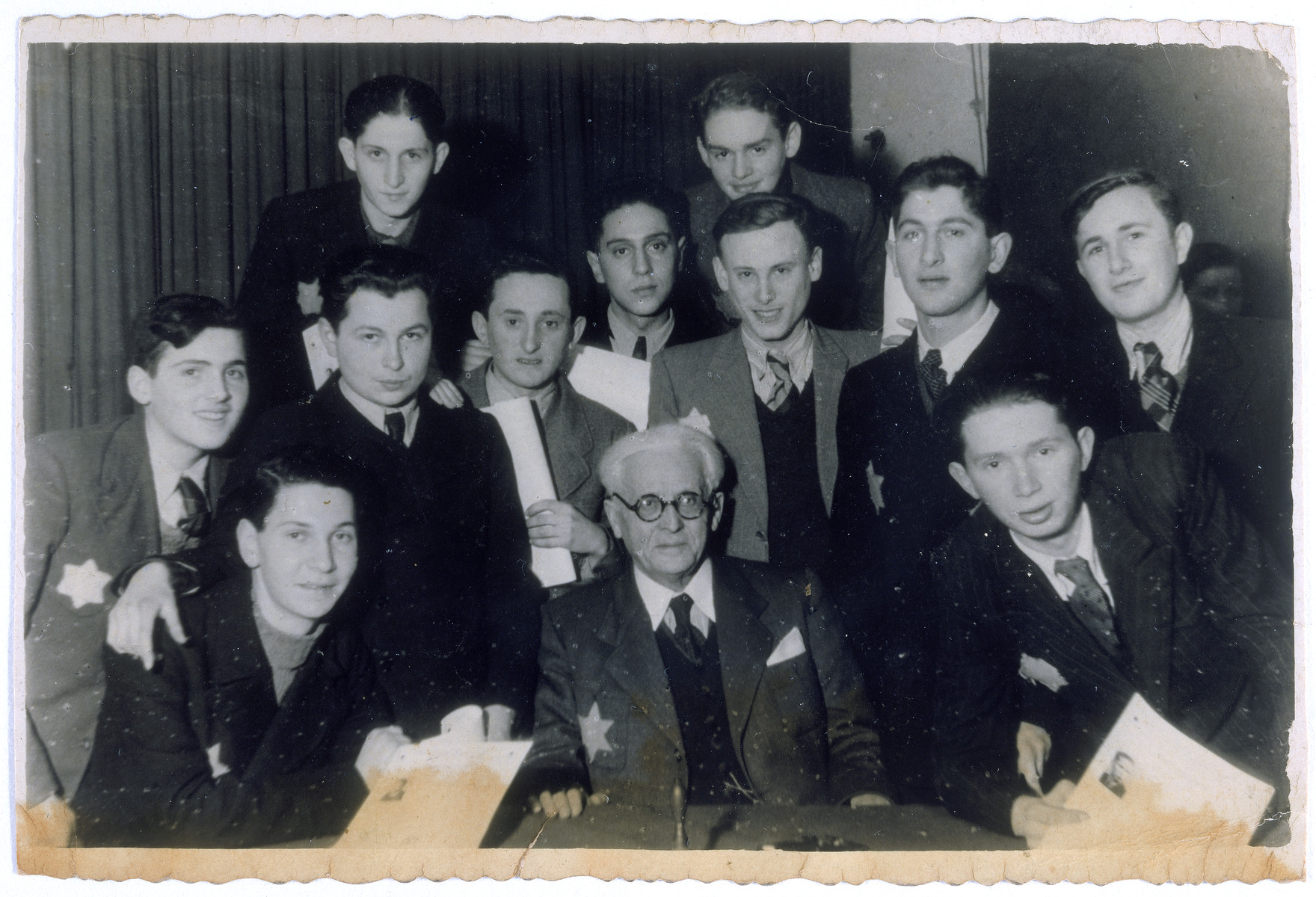 Teenagers, holding their diplomas, pose together with Mordechai Chaim Rumkowski (seated in the middle front) during their high school graduation excercise.

Itzak Rozenwasser is standing in the back row on left. Other students are Borzykowski, Szelubski, Lubka, Margolis, Kon, Turbowicz, Hirszbein and Szwajcer.

Biography
Izak Rozenwasser is the son of Chaim Rozenwasser and Rajzl Rosensaft Rozenwasser. He was born in Lodz, Poland on July 15, 1921. He finished middle school in June 1939 and after the German occupation of Lodz, Izak and his family were forced into the ghetto. . Izak graduated from the ghetto high school in September 1941, just before the closing of schools. He worked in different workshops, and once he was awarded an opportunity to work for two weeks in the Bakery number 16. Chaim Rozenwasser, the father, died in the ghetto on June 7, 1942. Only a few months later, Rajzl Rozenwasser, Izak's mother, was deported during the Gehsperre of September 1942 to the Chelmno killing center where she was killed. Hela Chaja Rozenwasser died in the ghetto on May 11, 1943 and Szmul Rozenwasser, Izak's older brother died on July 19, 1943. On February 4, 1944 Izak was deported from the Lodz ghetto to the Hasag ammunition factory in Czestochowa. He was liberated there by the Soviet Army on January 16, 1945 and immediately returned to Lodz. In 1955 Izak married his fellow Lodz survivor, Roza Ryba, and the two immigrated to Israel in March 1957. Their daughter Miriam was born in Israel in 1957. Mr. and Dr. Rozenwasser reside in Rishon L'Zion, Israel.