Close-up portrait of a Jewish woman wearing a yellow star and leaning on a railing in the Lodz ghetto. 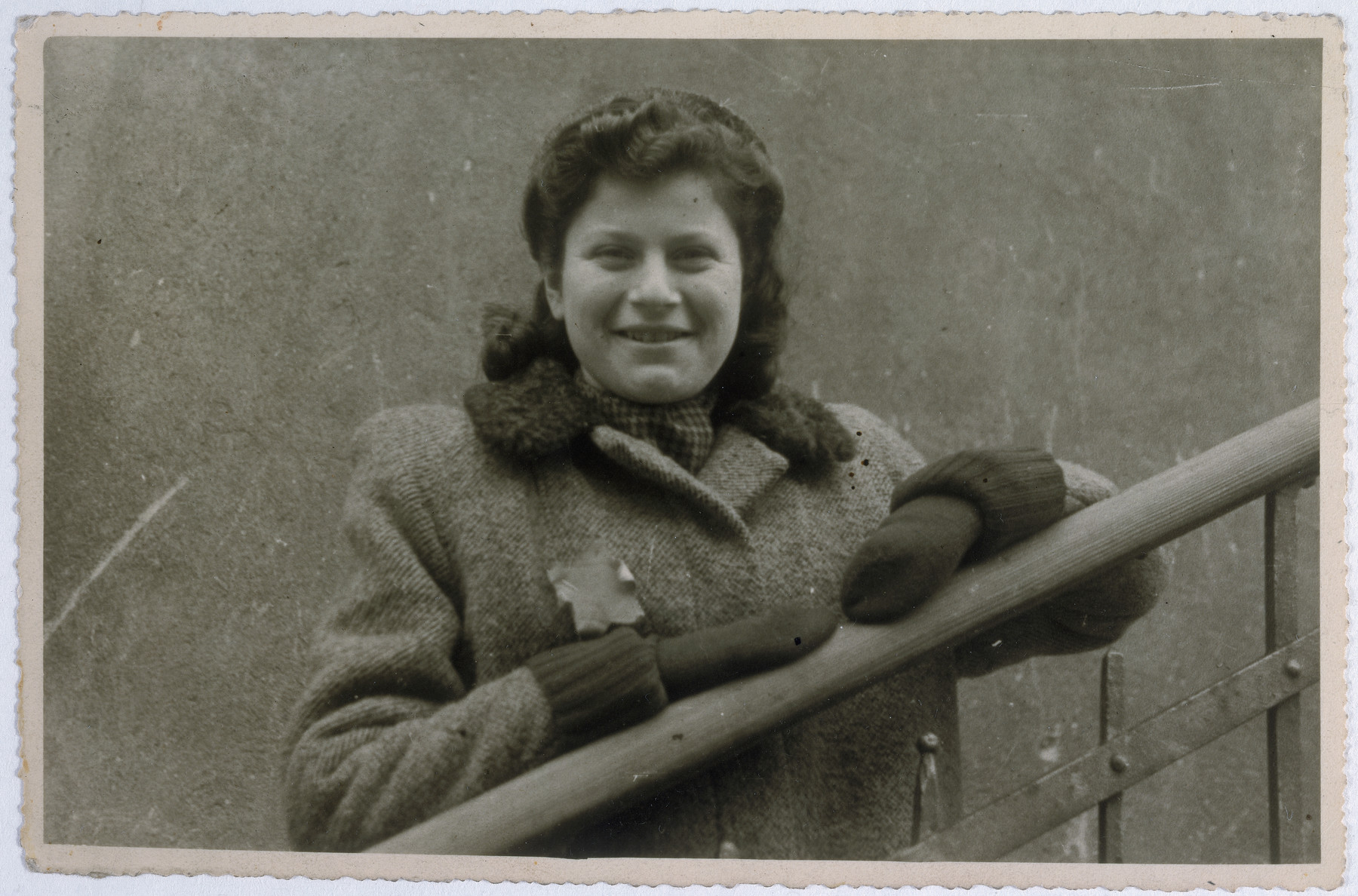 Close-up portrait of a Jewish woman wearing a yellow star and leaning on a railing in the Lodz ghetto.

Biography
Joanna Mary Raplewska (born Joanna Wajnberg) is the daughter of Julian Wajnberg (b. 1890) and Regina Lubinska Wajnberg. She was born on June 8, 1930 in in Lodz Poland where her father worked for the electrical power supply company as an electric engineer. Joanna's older brother Jerzyk (Jerzy Wladyslaw) was born in 1926. In December 1939 the Wajnberg family were evicted from their apartment and forced to move into the area, which later became the ghetto. They found an apartment on 40 Limanowskiego Street. Julian Wajnberg worked as a head of the electric resort in the ghetto and Jerzyk worked there as well. In the first two years of the existence of the ghetto Joanna attended school; she later worked for the "Hutabtailung" hat making resort. In August 1944, during the final liquidation of the Lodz ghetto, German authorities chose Julian Wajnberg to remain in the ghetto to care for the electricity supply. He was allowed to stay, together with his family, in the labor camp established on 14-16 Jakuba Street. In the early days of January 1945 Joanna worked sorting jewelry found in the ghetto and at other times in cleaning irons and huge cutting scissors. Every night she returned to the barracks on Jakuba Street, where Schwind, Biebow's deputy ordered a roll call for all the prisoners. As the Soviets approached, they became convinced that the Germans would kill them. Julian Wajnberg, who had a key to the power station room, arranged for thirteen people to hide there. They sat on a bench, one next to another, unable to move for the fear of electrocution, for three days. Despite German searches, they went undetected. On January 19th, 1945 the hiding Jews heard someone yelling: "come out, the war is over", but they were felt this was either a provocation or the screams of a madman. After a few hours they decided to leave their hiding place, and indeed the Germans were gone. Julian Wajnberg was immediately brought to the city's power company and he disappeared there for three days. Joanna and her two cousins, Erika and Maryla, went for a walk in the streets of Lodz and saw a Russian war movie. After the movie the three girls walked back to the Jakuba Street labor camp, but were stopped by Russian soldiers, since it was after the curfew. The soldiers gave the girls sweet condensed milk. After a few days the Wajnberg family returned to their prewar apartment. Joanna, who was fourteen years old at that time, returned to school. In 1953 she married Zbigniew Raplewski, a Polish filmmaker. Julian Wajnberg became a head of ORT in Poland, he died in 1960 and Regina Wajnberg died in 1967. Joanna Raplewska resides currently in Warsaw, Poland.