The Presidium at the opening session of the Assembly of the World Jewish Congress in Montreux, Switzerland. 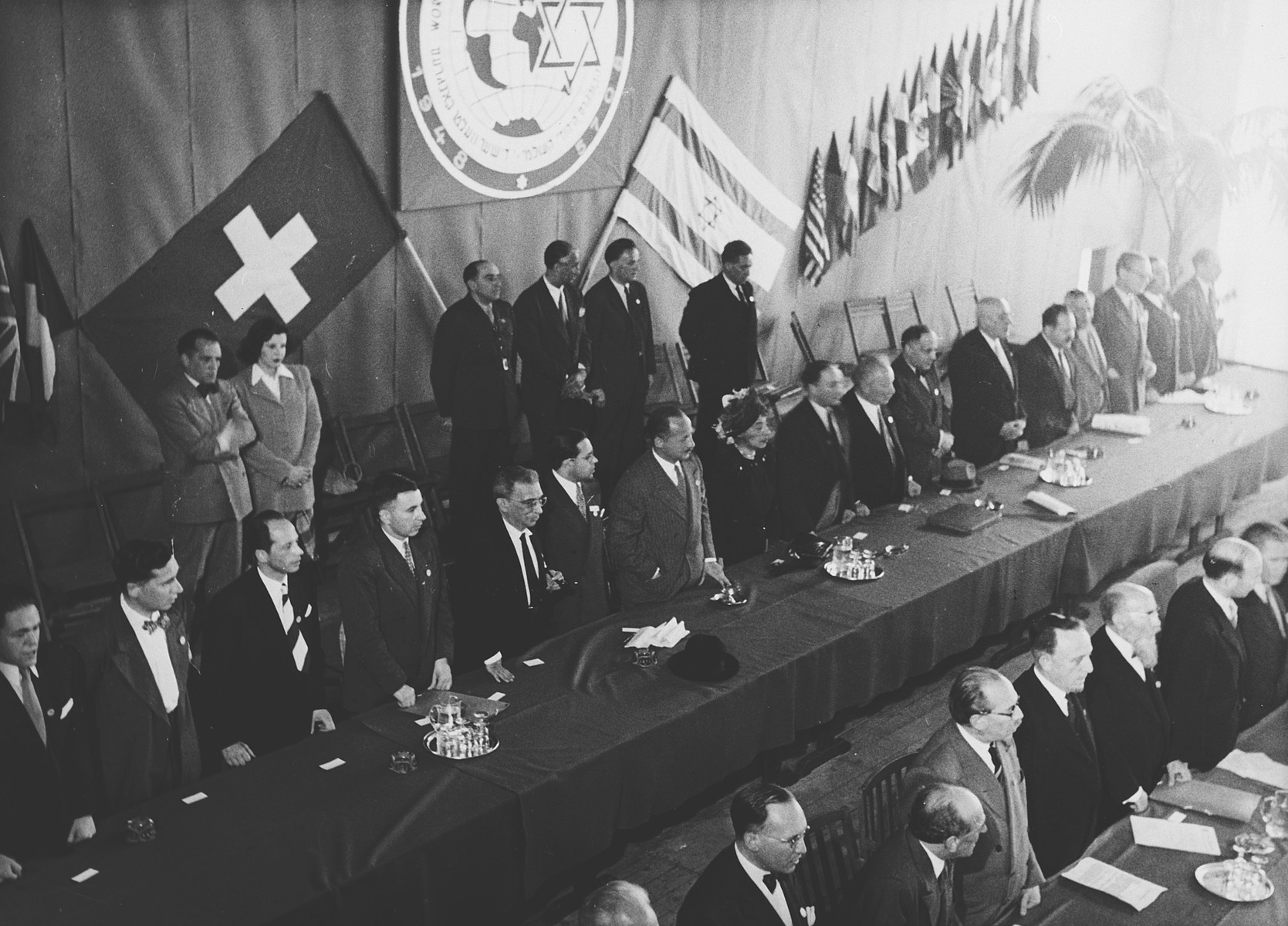 The Presidium at the opening session of the Assembly of the World Jewish Congress in Montreux, Switzerland.

Among those pictured is Gerhart Riegner (in the second row third from the left).

https://www.ushmm.org/wlc/en/article.php?ModuleId=10005683.
Biography
Gerhart Moritz Riegner (1911-2001), Jewish lawyer and leader of the World Jewish Conference. Born in Berlin, Riegner was a university student when the Nazis came to power. He experienced first-hand their brutal campaign to eliminate the Jewish presence from German higher education. After legislation was issued barring Jews from the legal profession, Riegner left Germany, resuming his studies at the Sorbonne and later at the Graduate Institute of International Studies in Geneva. His parents and sisters also fled Germany, but unlike him, they went to the United States. After completing his doctorate in law, Riegner served as the legal secretary of the World Jewish Conference (WJC) Geneva office, and by the start of World War II he became the director. In that capacity Riegner monitored the deteriorating situation of European Jews and relayed reports to British and American Jewish organizations. In 1942 he sent a cable to Rabbi Steven Wise and British MP Sidney Silverman, informing them of the Nazi's plan to exterminate European Jewry. It became known as the "Riegner cable". He worked feverishly to push through various rescue initiatives to get Jewish children out of Europe and to save Hungarian Jews from deportation in the last year of the war. After World War II Riegner remained in Switzerland. In 1948 he was elected to the WJC Executive, eventually becoming Secretary-General in 1965. Much of his postwar activity was dedicated to relieving the plight of Jewish refugees, improving Christian-Jewish relations and furthering the cause of human rights.