A Jewish toddler stands next to his stroller, alongside his Lithuanian nanny. 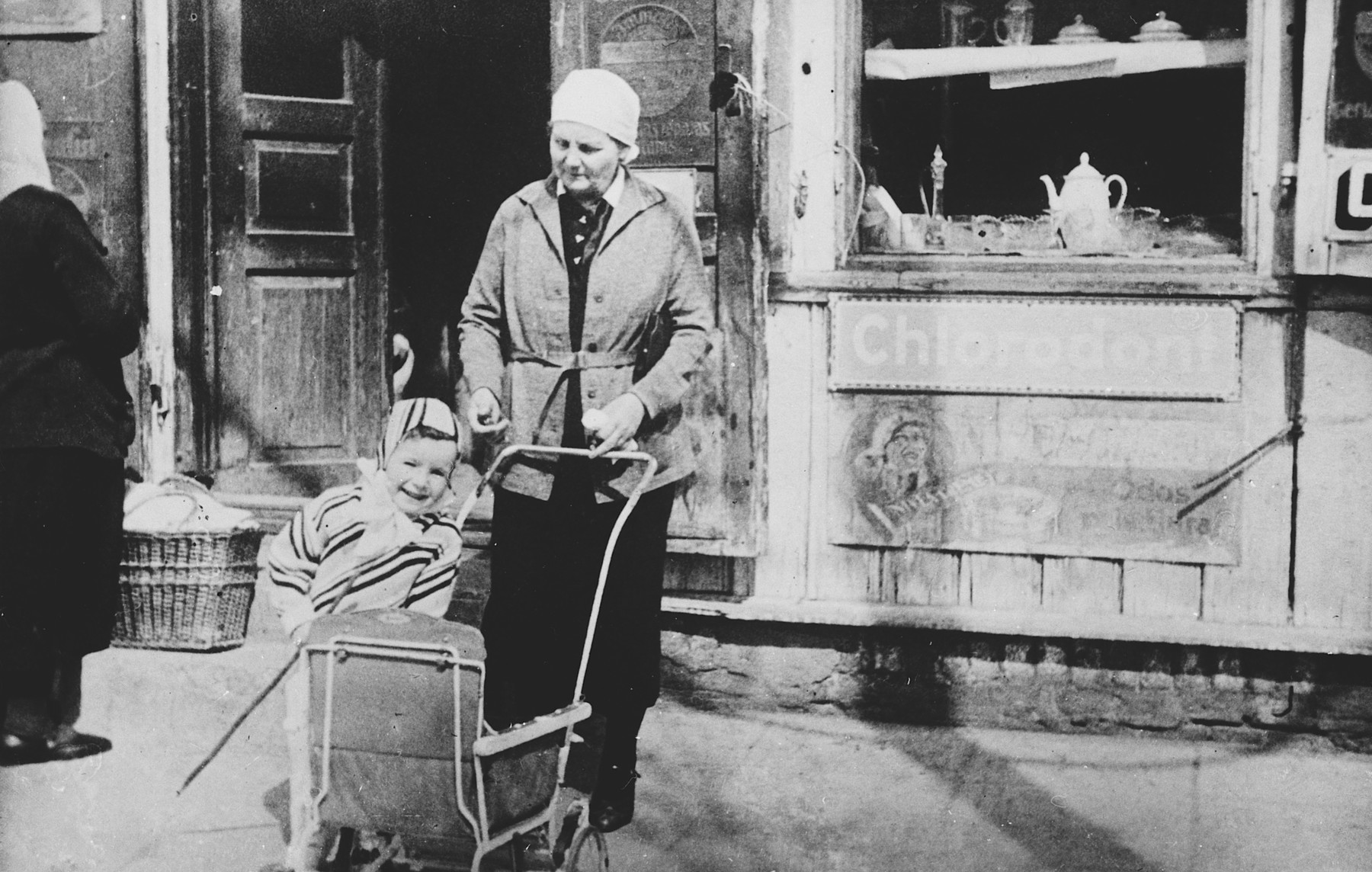 A Jewish toddler stands next to his stroller, alongside his Lithuanian nanny.

Pictured are Alik Shtromas and his nanny, Vera.